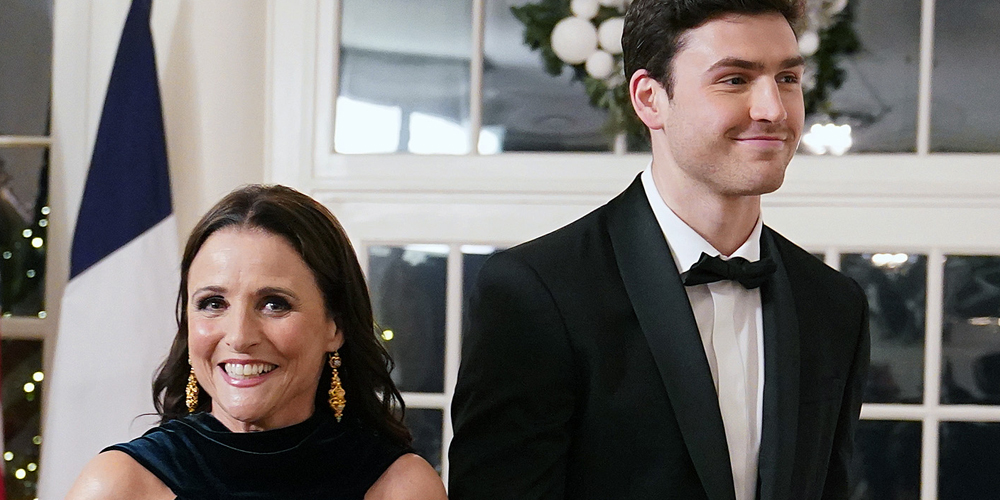 Unlike many other celebrity parents, Julia Louis-Dreyfus has watched her son, Charlie Hall‘s sex scenes on The Sex Lives of College Girls on HBO Max.

During her recent appearance on Jimmy Kimmel Live this week, Julia opened up about how she reacted to watching the scenes Charlie shared with Alyah Chanelle Scott, who plays Whitney on the show.

Keep reading to find out more…

She then explained that she “did watch the show and I think he was, you know, really great.”

“He was adorable,” Julia added, before saying, “He was f****** some girl in the library and I thought it was dynamite.”

In a separate interview with PopSugar, Charlie admitted his character of Andrew is a douche.

“He’s pretty douchey, he’s stuck up, he’s super competitive, obviously there are some redeeming moments for him, but on the whole, you’re not exactly rooting for him, which is fun,” he said.

Charlie also said of the Andrew and Whitney relationship: “I think a lot of their attraction is [because] they’re both super competitive…when they become romantic is when they actually have a lot of fun together, [and] when they’re sort of almost taking jabs at each other or being competitive.”

“I hope that there’s a small subset of people that are like, ‘Oh no, I was rooting for them.’ But I think, for the most part…especially in the back half of the season, that Whitney is regretful about the whole situation,” he concluded.