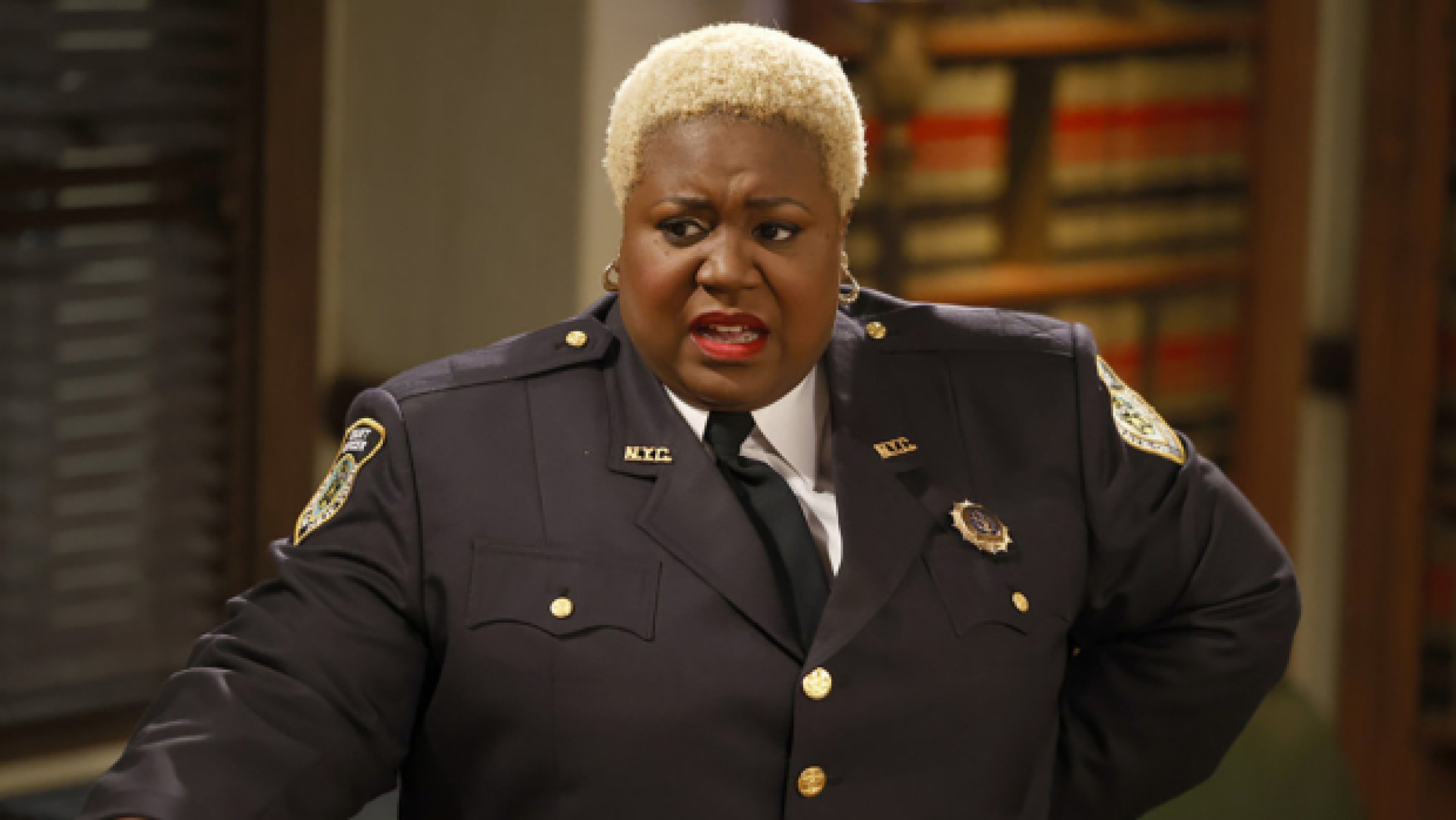 The joy that Night Court brought audiences back in the 80s came from its characters. Whether you loved Harry Stone, Dan Fielding, Bull, or anyone else who came into the Night Court, you found happiness in their collective togetherness late at night in New York City. And the reboot series that brings John Larroquette back as Dan Fielding with Melissa Rauch as Abby Stone (Harry’s daughter) is that same kind of joy.

This series has a different kind of “Bull” character, the lovable but often dull man who served as the court’s bailiff. The new series has Donna. Played by Lacretta, Donna is known as “Gurgs” and she is someone who just wants to be good at her job. Which sometimes doesn’t work out the best. In the pilot, she has to solve who is moving the letters around on her board and despite it being easy for Abby to figure out, Gurgs struggles and it is her dedication to the court that makes her character so sweet.

And for Lacretta, it is all about getting to have fun and play. I spoke with her prior to the show’s release on NBC and it was a delight to hear how much she loves being a part of this show. We related to each other through our watching of the original Night Court on Nick at Nite and talking with her was just proof for me about how funny she is.

“I just love to play and that’s not what I usually get to do as an adult, I think that’s why I’m still playing video games at 43,” she said when I asked about what was the joy of being on Night Court. “I think that’s why I kind of take things in the moment and with her, she’s able to respond in a more whimsical way than what we get to do from everyday life because we’re adults. You can’t be at a board meeting and you can’t really express you. It has to be reserved because we’re talking about millions of dollars here as opposed to the way that Gurgs responds to things. It’s just everything is just brand new and fresh and exciting for her. And I wish that I could do that a lot more in everyday life.”

Having fun with Night Court

The cast seemed to absolutely love being a part of the series and talking with Lacretta, she gave me some insight into how the script and their characters worked. “Our first couple of takes, we definitely stuck to the script,” she said. “But because, and I don’t wanna say stuck in a way that sounds like it’s rigid or anything, but we definitely do it by the book first. And then except for John, because this is his love language. He’s able to live in these words but spin it in a way that is definitely such a Dan Fielding kind of way because he’s lived with that character for so long. And I feel like there is a spirit of Dan Fielding that has always lived with him that is getting to kind of step forward and manifest itself in front of us. It’s also a great time for the writers to watch us and hear us do the pages and their minds are still working too.”

Night Court is airing now on NBC and is such a sweet return to that world we know that it feels like a homecoming.