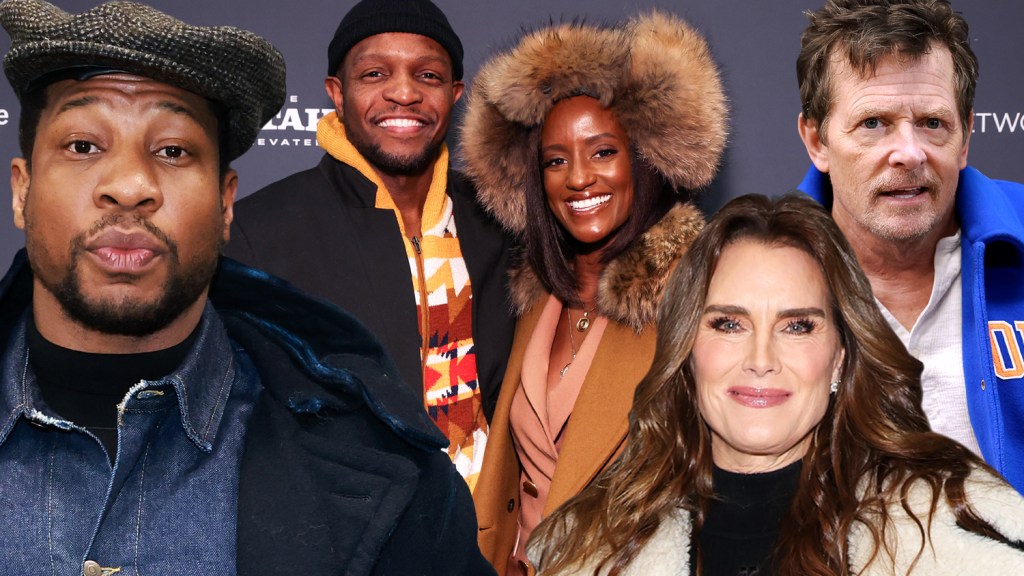 Day 2 of Sundance is in full swing with Director Qasim Basir in attendance at the premiere for To Live and Die and Live with cast members Skye P. Marshall, Omari Hardwick, Cory Hardrict and Maryam Basir who walked the red carpet in the NEXT category of the festival’s lineup. The film follows Muhammad, portrayed by Amin Joseph, as he returns home to Detroit to bury his stepfather and is thrust into settling his accounts, but Muhammad’s struggles with addiction and loss may finish him before he finishes the task.

Taylour Paige, Elijah Bynum, Jonathan Majors and Haley Bennett attended the premiere of their buzzy film, Magazine Dreams, with Writer-director Elijah Bynum. The film follows Killian Maddox, portrayed by Majors, who lives with his ailing veteran grandfather, obsessively working out between court-mandated therapy appointments and part-time shifts at a grocery store where he harbors a crush on a friendly cashier. Though Killian’s struggles to read social cues and maintain control of his volatile temper amplify his sense of disconnection amid a hostile world, nothing deters him from his fiercely protected dream of bodybuilding superstardom, not even the doctors who warn that he’s causing permanent damage to his body with his quest.

Brooke Shields presented her two-part documentary, Pretty Baby: Brooke Shields, directed by Lana Wilson (Miss Americana, 2020 Sundance Film Festival) reveals Shields’ story through media appearances and archival footage, bringing full context to the time when Shields was coming of age in public. Wilson creates space for the adult Shields to share her intelligence, vulnerability, and humanity while reflecting on her career and life, including her complex relationship with her mother, Teri, her marriage to Andre Agassi, and her own struggles with motherhood.

Michael J. Fox arrived with his wife Tracy Pollan and their children Aquinnah Fox, Sam Fox and Schuyler Fox for the premiere of his documentary STILL: A Michael J. Fox Movie with Director Davis Guggenheim. Fox tells his story through stylish recreations  as he playfully recounts his journey with intimacy, candor and humour. Still reveals what happens when an eternal optimist confronts an incurable disease.

Andrew Durham, Sofia Coppola and Alysia Abbott earlier attended the premiere of Fairyland, based on Abbott’s 2013 memoir and elegantly told by writer-director Durham in his debut feature. Fairyland is a film about a family unique for its time but instantly recognizable. The Film features Scoot McNairy, Cody Fern and Emilia Jones with Coppola in a producer role.

The cast of Earth Mama arrived for the premiere with Savanah Leaf, who makes her directorial debut about an intimate depiction of a mother’s fear and love. The film stars Kelsey Lu, Doechii and Tia Nomore who all attended the reception at Library Center Theatre.

Other Buzzy films to screen today are Fairplay; Fremont; 20 Days in Mariupol; Cassandro; Fancy Dance and In My Mother’s Skin.

James Middleton Thanks Sisters Kate and Pippa Middleton for Going to Therapy with Him
EVERYDAY CARRY: Precision
Annie Wersching, 24 and Timeless Actress, Dies of Cancer
King of the Hill Revival Announced at Hulu
Sen. Ted Cruz Refuses to Apologize to Paul Pelosi For Attack Conspiracies