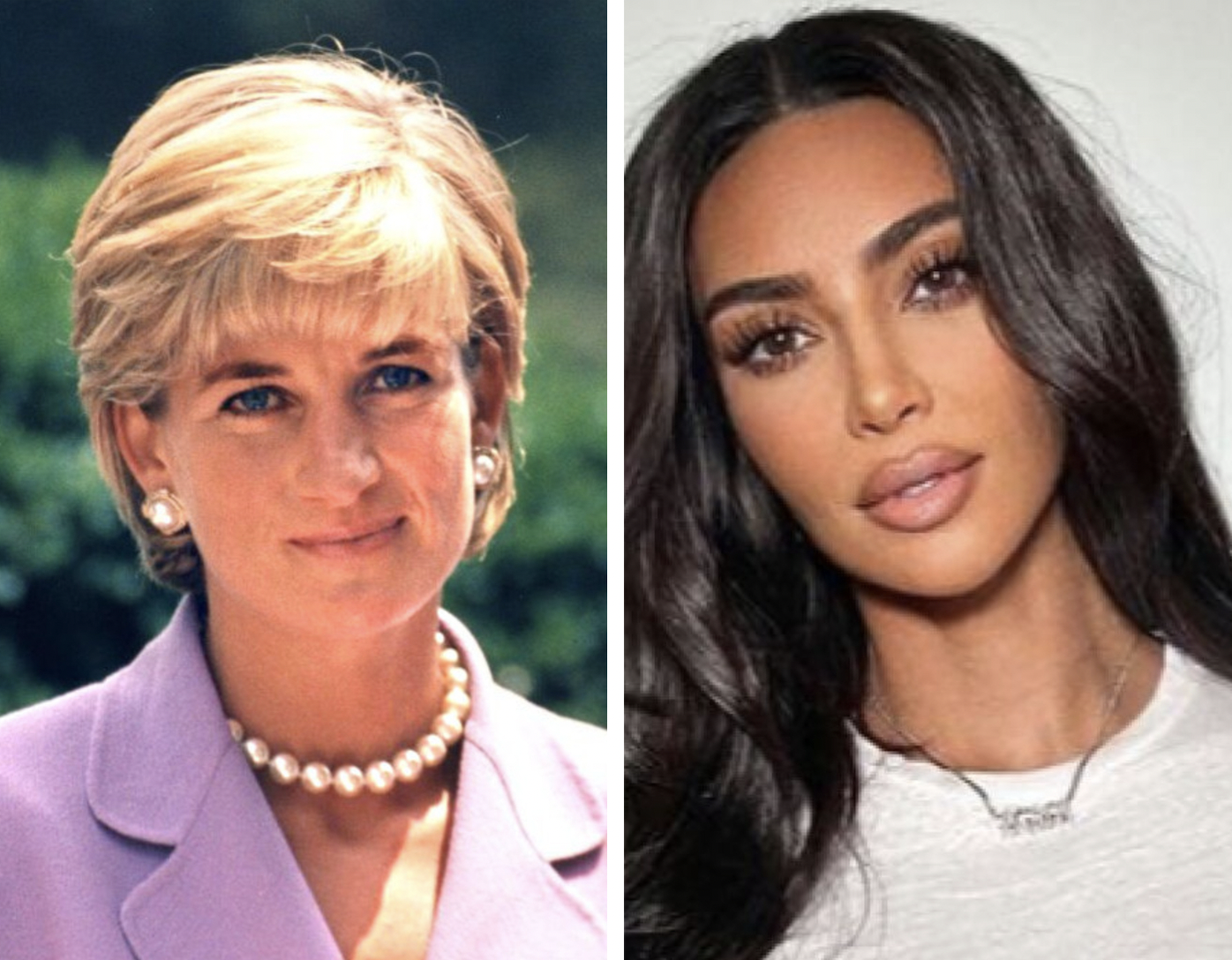 Remember when Kim Kardashian wore Marilyn Monroe’s dress to the Met Gala and everyone lost their minds?

Well, get ready for another controversy involving Kim and an iconic blonde whom Elton John compared to a candle in the wind!

Yes, Kim is once again following in the fashion footsteps of a departed icon, and people are once again losing their minds as a result.

This time, it’s Princess Diana whom Kim is emulating.

And based on the reaction on Twitter, you’d think it was Kim and not Prince Charles and the British tabloid media who made Diana’s life miserable!

The sellers described it as an “iconic” piece, which “was only ever worn by the princess, and following her death … was never seen in public again until now.”

Kim snatched the item up for $197,453, a sum that Sotheby’s described as “double its pre-auction estimate.”

It’s obvious from the amount of money she spent that Kim is a big admirer of Princess Di.

But on Twitter and elsewhere, haters are taking her purchase of Diana’s jewelry as a sign of disrespect.

“She’s really trying to traumatize the ghosts of iconic women,” one person tweeted, according to Page Six.

“Thinking about kim k’s dedication to latching onto the already existing fashion legacies of dead people,” another added.

“Diana has been exploited ENOUGH and for Kimberly to go out of her way to purchase something that should be in a museum is quite sickening and not in a good way,” a third chimed in.

“This necklace should’ve gone to one of diana’s granddaughters,” yet another user suggested.

That’s not such a bad idea — but hey, Kim only lives about an hour away from Harry and Meghan!

Maybe she could swing by and drop it off on Lilibet’s next birthday!`

“She gonna damage it somehow the way she damaged Marilyn’s dress,” wrote yet another critic.

Yes, there was a rumor that the Marilyn dress sustained minor damage the night of the Met Gala — and frankly, since it’s a 60-year-old piece of fabric that lived most of its life behind glass at the Orlando Ripley’s museum, that’s entirely possible.

But if that’s the case, then it was probably less Kim’s fault than the fault of the people who loaned it to her.

As for the Diana necklace — well, it’s presumably a bit sturdier than a dress, and we’re sure Kim will treat it with care.

But if something should happen to it — well, it belongs to Kim now, and the end of the day, it’s just a necklace, not a horcrux that contains a piece of Diana’s soul.

Perhaps the haters can take solace in the fact that if Kim hadn’t purchased it, some other fashion-obsessed rich weirdo would have.