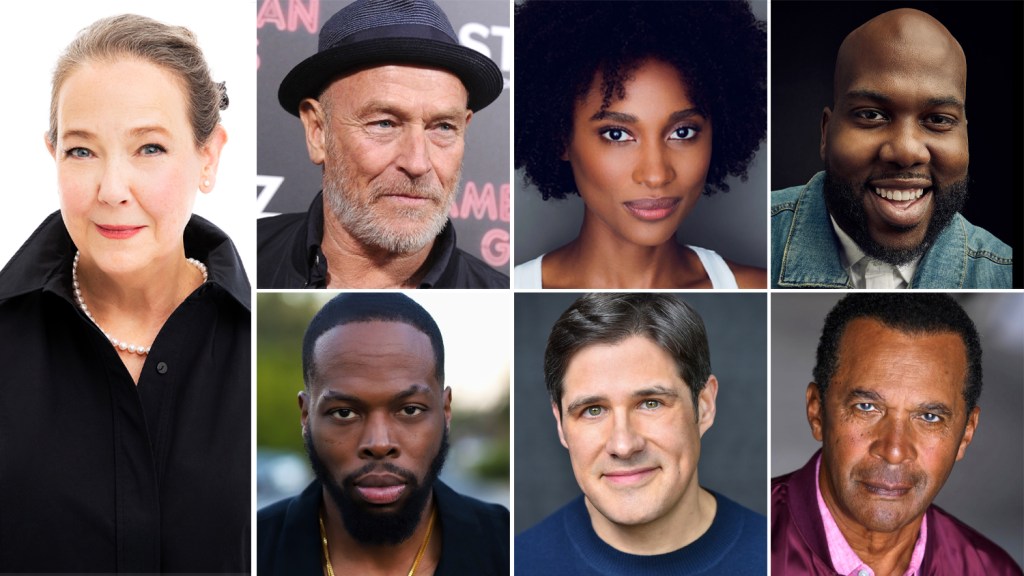 EXCLUSIVE: FX has added seven to the recurring cast for The Sterling Affairs, its limited series about the downfall of Los Angeles Clippers’ owner Donald Sterling amid the team’s drive to win a championship under coach Doc Rivers. Harriet Samson Harris (Hacks), Corbin Bernsen (City On a Hill), Yvonna Pearson (Dynasty), Joel McKissic (Your Honor), Darryl Wesley (This Is Us), Rich Sommer (Minx) and Clifton Davis (Billions) join leads Laurence Fishburne and Jacki Weaver in the six-episode series.

The Sterling Affairs is written by Gina Welch (Feud: Bette and Joan) based on the ESPN 30 for 30 podcast of the same name reported and hosted by Ramona Shelburne. The series tells the behind the scenes story of Doc Rivers (Fishburne) and the Los Angeles Clippers’ quest to bring a championship to one of the historically worst franchises in all of sports during the impending downfall of the team’s owner, Donald Sterling, whose notoriously racist behavior is brought to light amid the power struggle between his wife of 60+ years, Shelly Sterling (Weaver), and his mistress, V. Stiviano.

Harris, Emmy-nominated for her guest performance as Susan in Hacks, will next be seen in upcoming features National Anthem and Jules. She’s repped by BRS/Gage.

Two-time Emmy nominee Bernsen, known for his role as Arnie Becker on LA Law, can currently be seen in Showtime’s City on a Hill and next will be seen in HBO’s White House Plumbers and Showtime’s The Curse. He’s repped by A3 Artists Agency and Randy James Management.

Pearson, who will next be seen in Peacock’s limited event series The Best Man, is repped by UGA and Silver Lining Entertainment.

McKissic, whose recent credits include Your Honor and the film Breaking News in Yuba County, is repped by The Daniel Hoff Agency, J Pervis Talent and Manager, Tassell Talent Group.

Wesley’s breakout came in a guest-starring role on NBC’s This Is Us, playing Deja’s father. His writing credits include Paramount+’s The Game and Netflix’s The Upshaws. He’s repped by Curtis Bechdholt at A.D.S. management and Brandy Rivers at Industry Entertainment.

Best known for his portrayal of Harry Crane on Mad Men, Sommer was most recently seen in HBO Max’s Minx and Hulu’s The Dropout. He’ll next be seen in HBO’s White House Plumbers. He’s repped by Innovative and Davis Spylios Management.

Magnify Media Sales Chief To Exit As ITV Studios Takes Over Catalog
Channel 4: Inside The Doomed Sale Of A Crown Jewel Of British Television
Black history, well told
All Your Friends Are Dead – Srs Cinema
Mo’Nique Reveals How 50 Cent Got Her to Join “BMF” Season 2