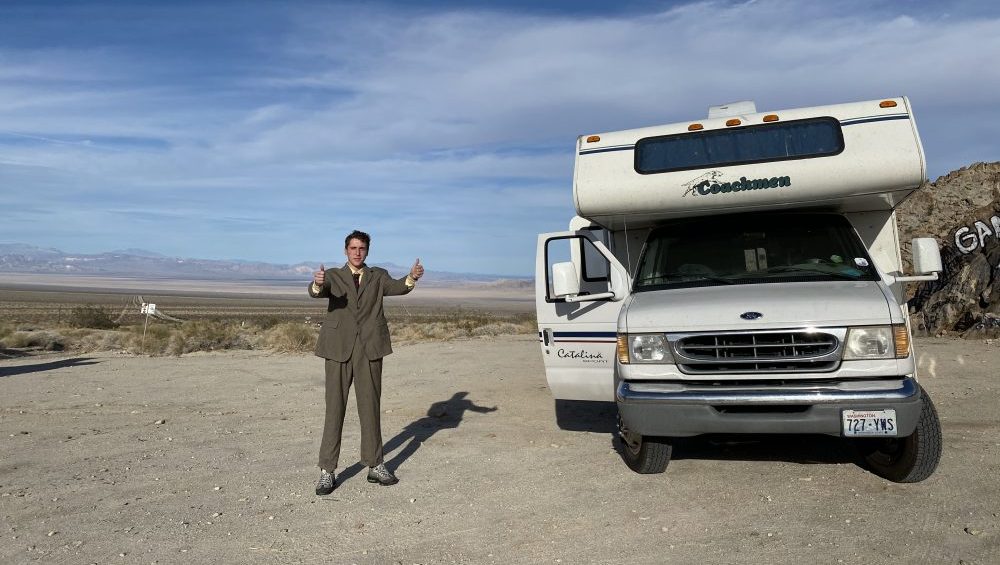 UPDATE: Andrew Callaghan is addressing the sexual misconduct allegations and apologizing for his behavior.

“I hadn’t realized I had had this pattern that had affected multiple people. I’d like to apologize for my silence. When this stuff first came out, I was in a state of denial and shock,” Callaghan said in video shared on YouTube. “I was denounced by my closest collaborators and my name was printed in 40 different news outlets, next to the words ‘sexual misconduct.’ I just kind of spiraled into a mental health crisis.”

He continued, “I’m okay now, but I don’t think this is about me. This is about the people I’ve affected. So I just want to express my complete sympathy, support and respect for anyone that I’ve done wrong by. I really want to do better and be fully accountable for everything that I’ve done.”

Watch his complete response in the video posted below.

PREVIOUSLY, January 12: Andrew Callaghan, the host of HBO’s new documentary This Place Rules, has issued a statement regarding allegations of sexual misconduct that were made in early January.

The accusations against Callaghan were related on TikTok by a woman named Caroline Elise, who claimed he lured her into a consensual sexual liaison. He allegedly did so by wearing her down with requests.

“It’s even more hard to have to relive the trauma that I endured every single day by seeing this man as a social justice warrior, as someone who cares about human rights, get a platform. You shouldn’t be supporting him.”

She later updated her call to action urging other women to come forward if they experienced something similar. Reports indicate another woman did.

Today, a statement attriibuted to Callaghan’s legal representative was issued by a public relations firm. The statement alleges a request for money was made before going public with the claims.

“Andrew is devastated that he is being accused of any type of physical or mental coercion against anyone. Conversations about pressure and consent are extremely important, and Andrew wants to have these conversations, so he can continue to learn and grow. While every dynamic is open to interpretation and proper communication is critical from all those involved, repeated requests for money should not be part of these conversations.

With that, balanced communication is paramount to any relationship dynamic and Andrew vows to be better in this regard, while reminding his audience that while even one concerned partner is too many, there are always multiple sides to a story.

Andrew is fully committed to working with the appropriate professionals to better understand himself and ways he can grow and improve as a human being, especially with his growing platform and the vulnerabilities it brings.”

Deadline has reached out to A24, a producer of Callaghan’s documentary, for comment.

HBO released Callaghan’s documentary This Place Rules on Dec. 30. The film follows Callaghan as he travels across the U.S. in the months preceding the Jan. 6 confrontation at the Capitol.