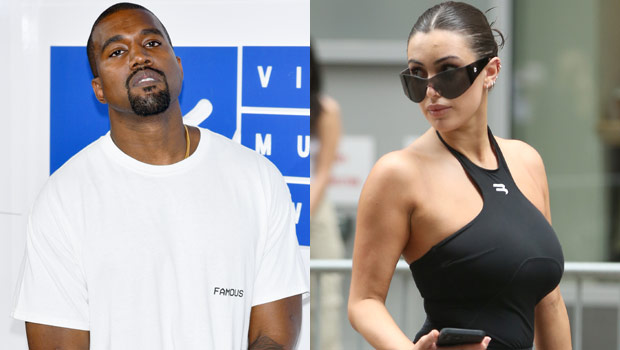 Kanye West‘s new in-laws broke their silence after the controversial rapper reportedly secretly wed Bianca Censori. One of Bianca’s sisters, Angelina Censori, asked for “privacy” at this time but admitted that there was some “excitement” about the marriage reveal. “It’s very exciting news for both my sister and the family but we choose to have some privacy for the time being,” she told the Herald Sun on Saturday, January 14. Alyssia Censori, one of Bianca’s other relatives, added that she is “super happy for them both.”

The family’s statements come a day after the Grammy winner, 45, and the architectural designer of his company Yeezy, 27, reportedly took their red-hot romance to the luxurious Armangiri resort for a honeymoon, per DailyMail. Located on 600 acres in Utah’s Grand Circle of National Parks and Monuments, the incredible spot was the perfect spot for a private celebration. The high-end hideaway is also all about a pampering experience with its average rate being $5,000 a night. If Kanye and Bianca had decided to opt out of the jaw-dropping landscape tours, they could have always got cozy in the famous Aman Spa, which extends over 25,000 square feet of the desert and offers wellness services like holistic healing rituals, per the resort’s website.

Just a few days before news of their rumored marriage broke, Kanye and Bianca were spotted on a lunch date at the Waldorf Astoria in West Hollywood, where the “Famous” hitmaker was reportedly wearing a wedding band. At the time, Bianca was only known as a “mystery date.” Sometime after she was identified and the reported secret nuptials were revealed, Bianca took down her Instagram, according to reports.

Meanwhile, Kanye’s ex Kim, who finalized their divorce on Nov. 29, 2022, was spotted for the first time since the reported matrimony took place. The reality star was seen boarding a private jet bound for Toronto on Friday, January 13. Along with her mom Kris Jenner and sister Khloe Kardashian, the trio are reportedly headed to the funeral for the mother of Khloe’s ex, Tristan Thompson. Andrea Thompson died unexpectedly in the Canadian city after suffering a heart attack.