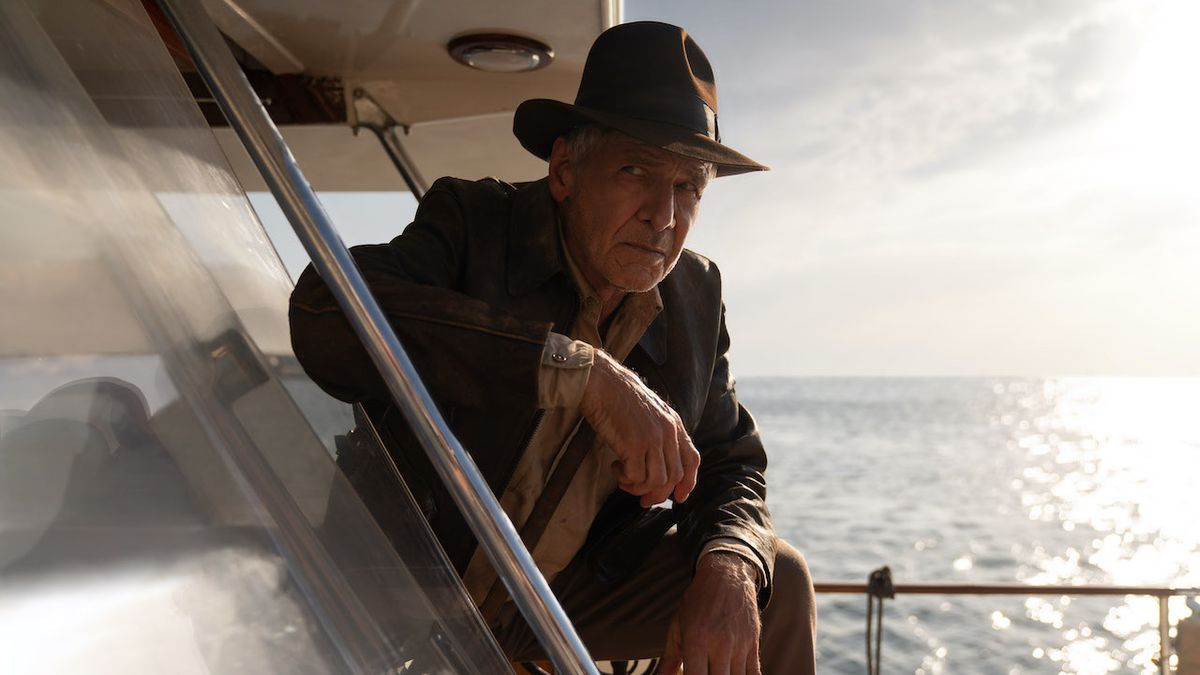 Correcting the internet can be a job in and of itself, as evidenced by Indiana Jones and the Dial of Destiny’s co-writer/director James Mangold. As he’s been gearing up for the debut of his 2023 new movie release, the helmer behind the fourth sequel with Harrison Ford’s iconic character hasn’t been shy about correcting misinformed rumors about the production.

While he did take a break from setting the trolls straight, Mangold returned to duty, providing some new information towards where Indy’s final ride currently sits. Through his Twitter feed, the Logan director revealed recently that the new Indiana Jones movie is “99% finished.”

Specifically mentioning that the VFX are incomplete and the official MPAA rating is still in the works, things are still on track for the June 30th opening. All of this was spurred by the persistent claim that an alternate ending was being crafted in reshoots, which James Mangold shot down as something that never happened.

A movie as huge as Indiana Jones and the Dial of Destiny is always going to have some wild rumors that catch fire. It just so happens that this round of Professor Jones’ adventures has spurred some rather huge assumptions, like the rumor that Indiana Jones’s mantle would be “take over” by someone else. This is another rumor James Mangold has had to shut down several times, as Phoebe Waller-Bridge’s character was reported to be the erroneous usurper.

Creating the next chapter of Indiana Jones history is an intimidating, exciting job that even Steven Spielberg himself probably felt nervous to take on at times. While there’s still plenty of details being kept under lock and key after the release of the Indiana Jones 5 trailer, James Mangold is still keeping up appearances, striking down false claims and hyping everyone up in the process.

Though some peeks into where this next picture is going have been provided by Mangold himself, like the knowledge that while we won’t be seeing Shia LaBoeuf in Indiana Jones and the Dial of Destiny, Mutt’s fate will be addressed. Perhaps the next round of footage, whenever it premieres, will shed light on this and many other mysteries that are still outstanding. And yet with every answer people get, or think they get, there’s probably going to be at least five rumors that will crop up in response.

James Mangold’s work as a troll-smasher isn’t over just yet. While he’s fighting the good fight, the previous Indiana Jones cinematic adventures are all available in one place. You can use either a Prime Video or Paramount+ subscription to backtrack through Dr. Henry Jones Jr.’s travels, which can help form theories with cold, hard facts. That’s probably a good idea, as Indiana Jones and the Dial of Destiny will return the good doctor to the big screen on June 30th.