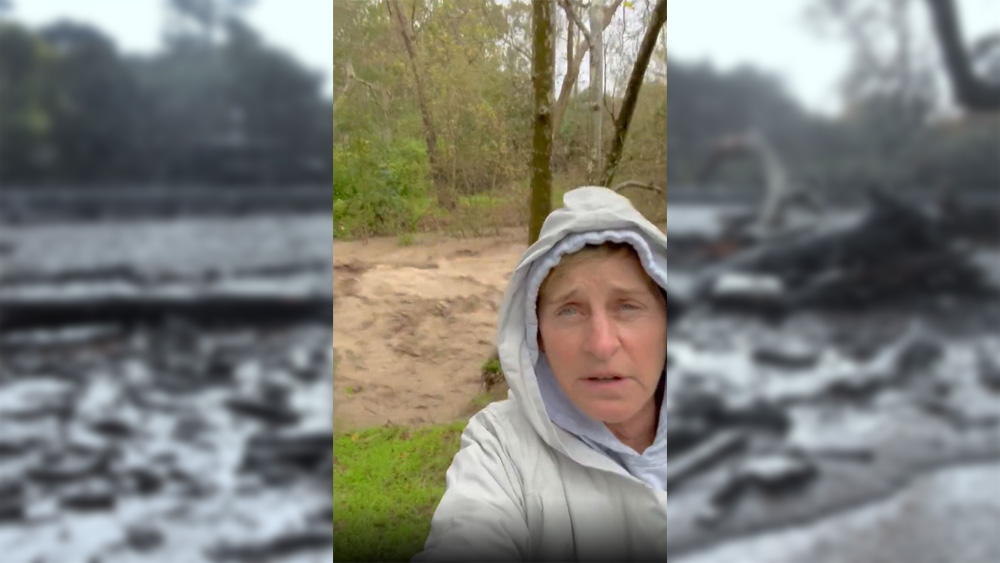 With the National Weather Service warning of (caps theirs) “DANGEROUS LIFE THREATENING FLASH FLOODING across southern Santa Barbara county,” Montecito homeowner Ellen DeGeneres put her own exclamation point of sorts on the situation, posting a video of herself with a raging torrent just over her shoulder and in it remarked, “This stream next to our house never flows, ever. It’s probably about nine feet up. It could go another two feet up. We have horses ready to evacuate.”

She wrote in the caption to the post, “Montecito is under mandatory evacuation. We are on higher ground so they asked us to shelter in place.”

DeGeneres made reference to the deadly floods and related mudslides that struck Montecito five years ago to the day, killing 23.

“This is crazy, on the five year anniversary. We’re having unprecedented rain.”