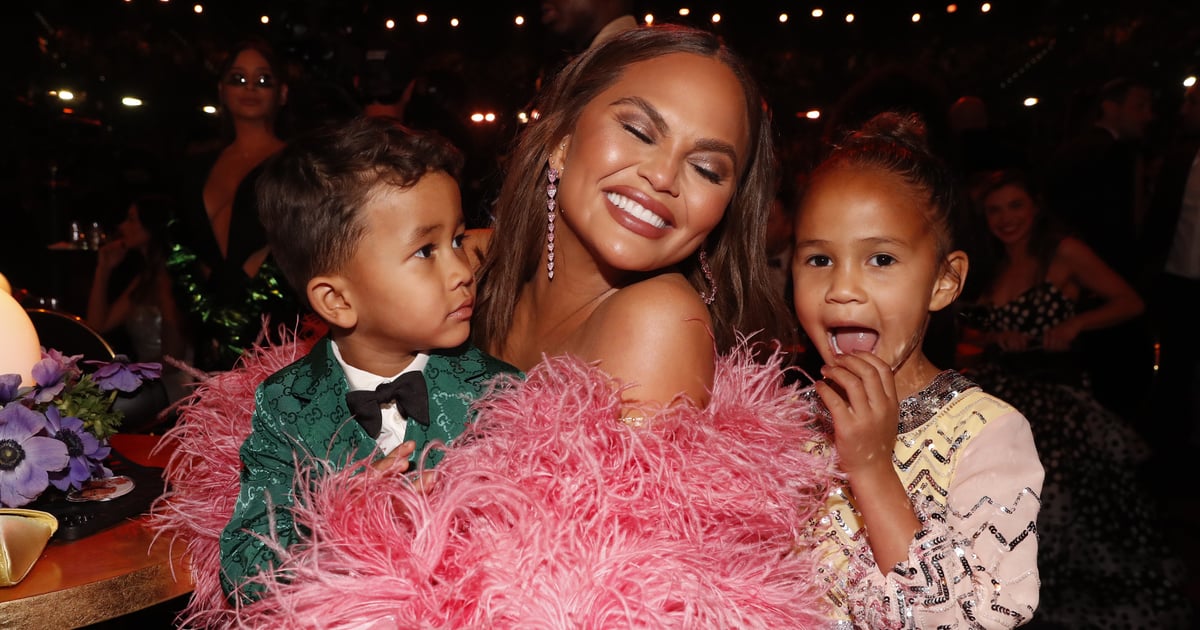 Sometimes being a mom means heading to a dinosaur park to make your son happy even though you’re (very) pregnant. On Sunday, Chrissy Teigen shared photos of her family at Los Angeles’s Dinosaurs in the Valley event on Instagram alongside a caption that makes it clear the only reason she left her house is that her 4-year-old, Miles, is a big fan of dinos.

The photos feature Miles and his big sister, Luna (6), taking a close look at a baby T. rex, Miles doing a bit of fossil digging, and Luna giving her little brother a piggyback ride. Teigen and husband John Legend got in on the action too. In one pic, Teigen gamely climbs inside a giant egg for a photo op with Luna, and in another, she and Legend look on as Miles seems to point at one of the exhibits.

The Cravings founder is expecting her third child soon, and her caption makes it clear she’s been enjoying some downtime while she waits for the little one’s arrival: “left the house to play with dinos! only for you, mr miles. thank you, @dinosaursinthevalley! and yes still pregnant 😩.”

Teigen announced she was pregnant again in an August 2022 Instagram post. The couple’s happy news came nearly two years after they experienced a pregnancy loss in 2020.

“Every appointment I’ve said to myself, ‘ok if it’s healthy today I’ll announce’ but then I breathe a sigh of relief to hear a heartbeat and decide I’m just too nervous still,” she captioned a post at the time. “I don’t think I’ll ever walk out of an appointment with more excitement than nerves but so far, everything is perfect and beautiful and I’m feeling hopeful and amazing.”

As they prepare for their family’s new arrival, Teigen and Legend have been making the most of their final months as a family of four. In August, they headed to Italy, and just before the holidays, they took Luna and Miles on a tropical vacation. However, if the cookbook author’s caption is any indication, this might be one of her last outings before the arrival of the newest member of the Teigen-Legend family.