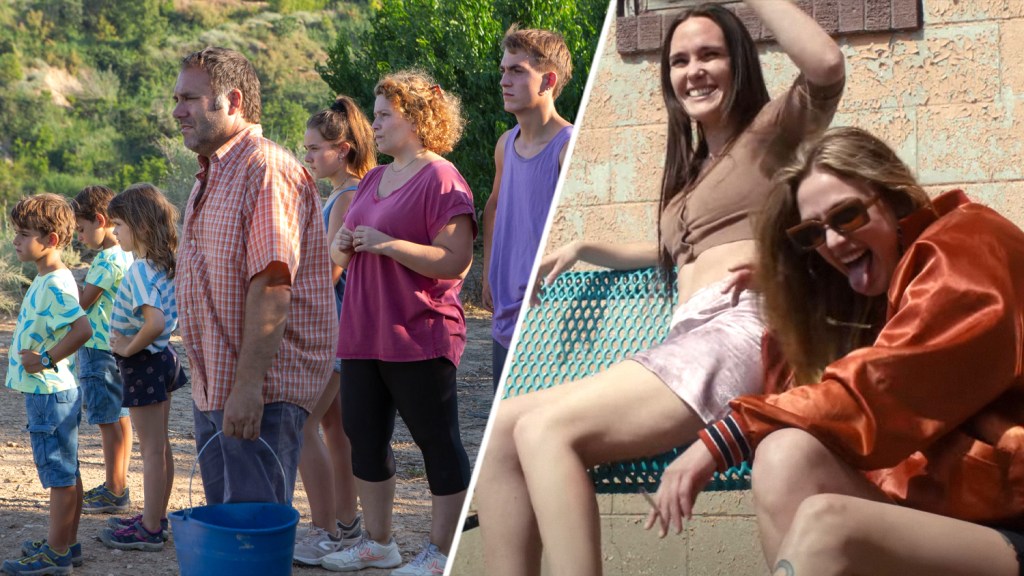 The conversation about what ails the arthouse market is still treading water. Some major arthouses (ArcLight, Landmark LA) are MIA in a key market. With rare exceptions, audiences are failing to embrace indie titles with the gusto they’ve shown in the past. Everything Everywhere All At Once cleaned up but that’s feelgood, versus downbeat, which an emotionally exhausted moviegoing public may be avoiding. It’s not clear awards kudos will change that.

“The marketplace needs to listen to what the people are telling them,” said one distribution executive. Or , alternatively, keep budgets low. “For these movies to survive, we’ve got to make them for the right price and everybody has to suck it up and get onboard.” As that message trickles out, specialty labels are hopeful a more regular tide of tentpoles starting this February will lift all boats. “Right now, people are going to one movie only,” said the executive – that’s Avatar: The Way Of Water. Or two if you count scary doll movie M3GAN opening wide this weekend that could make a killing.

Alcarràs, the latest highest profile specialty outing, is writer-director Carla Simón’s sophomore film after Summer 1993 from 2017. This is an ensemble portrait of countryside and community bonds in a small Catalonian village. A close-knit family of peach farmers suddenly faces eviction when new plans arise to install solar panels and cut down trees.

Pedro Almodóvar dubbed it a “masterpiece.” Deadline’s review called it “radiant” with complex, conflicted characters and marvelous performances from amateurs that are testament to Simón’s power of empathy. Starring Josep Abad, Jordi Pujol Dolcet, Anna Otin and Albert Bosch. It was Spain’s Oscar submission for Best International Feature, although not shortlisted.

Alcarràs, which made its U.S. debut at the New York Film Festival, is also Mubi Go’s Film of the Week, which always helps grosses. The streamer offers its subscribers a free ticket to one film a week.

Candy Land world premiered at the Locarno Film Festival in August and has been a staple on the festival fright circuit.

Meanwhile, Tom Hanks-starring A Man Called Otto by Mark Forster continues a three-step rollout, moving from a four-screen NY/LA opening last weekend to 637 locations today. It goes wide next weekend. The remake of a Swedish film based on a bestselling novel is playing well with audiences, with a 92% audience score on Rotten Tomatoes (70% with critics). The film grossed $75k for the four-day New Year’s holiday weekend.

Hanks plays Otto Anderson, a grump who no longer sees purpose in his life following the loss of his wife. He’s ready to end it all but turns it around when a lively young family moves in next door.

United Artists Releasing is taking Sarah Polley’s Women Talking up to 29 runs in 14 markets in week three. It had a respectable opening and grosses rose 12% from week 1 to 2 reflecting Christmas falling on a Saturday, which squeezes ticket sales. UAR is planning a move into top 25 markets with 75 arthouse runs on Jan. 13, and on to three to four hundred or more later the month.

Generally, with Oscar nominations arriving on Jan. 24, distributors want to make sure there’s gas in the tank for their contenders.

Women Talking is based on the book by Miriam Toews with Brad Pitt as an executive producer. Starring Rooney Mara, Claire Foy, Jessie Buckley, Judith Ivey and Sheila McCarthy and Frances McDormand as a group of women in an isolated religious colony struggle to reconcile their faith with a series of sexual assaults committed by the men there.

Corsage by Marie Kreutzer expands to over 300 screens in week 3 after solo runs in New York and LA. Oscar shortlisted for Best International Feature, it world premiered at Cannes where star Vicky Krieps won the Un Certain Regard Best Performance Prize. It took Best Film at the London Film Festival and was nominated for best international feature for the Gotham Award (Audrey Diwan’s Happening won) and the Film Independent Spirit Awards. Krieps plays the iconoclastic 19th century Empress Elisabeth of Austria.

‘Dances with Wolves’ actor arrested, accused of running sex cult, abusing young girls
Will Season 5 Be the End of “Yellowstone”? Here’s What We Know
‘Knock At The Cabin’ & ‘80 For Brady’ Duke It Out For No. 1; Discount Tickets Drive Pigskin Ensemble Pic – Friday PM Box Office
Turkey Earthquake: TV Reporter Flees Collapsing Building & Comforts Child During Live Report
Liam Neeson On The Possibility Of Returning To The ‘Star Wars’ Universe & Playing A Villain In Matt Reeves‘ ‘The Batman’