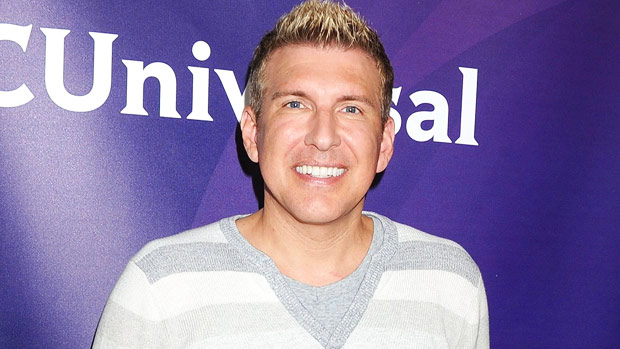 Todd Chrisley shot back at his former business partner and friend Mark Braddock’s claims that the two had a relationship in the early 2000s, before becoming colleagues.  The Chrisley Knows Best star, 53, opened up about the claims that Mark made during the trial that Todd is gay and that the two had had an affair in an episode of his Chrisley Confessions podcast, released on Thursday, December 29.

Speaking with his son Chase, 26, the reality star brushed off Mark’s allegations, saying the rumors that he was gay didn’t “bother” him. He proceeded to make digs at his former business partner’s looks. “What insulted me the most is that, out of all these 54 years, for me to finally be accused of being with a man, it would be someone who looked like Mark Braddock,” he said. He also referred to him as “a toad” and said he “looks like a thumb.”

Chase claimed that Mark had “changed” his story “five times,” and Todd spoke about his own sexual prowess, while clapping back at the rumors that they’d had a relationship. “I understand if you’d have had sex with me how it would’ve ran you crazy,” Todd said. “To say that it was somebody who looked like him. Somebody who was a thief.”

During Todd and his wife Julie’s trial for federal fraud, Mark testified that he’d assisted the Chrisleys in fraud, and that the two had had a relationship during the trial. “We had a personal relationship of an intimate nature,” he said, per Business Insider. “I would do whatever he needed to get done.” He said that the intimate relationship lasted about a year, but they continued being friends and business partners until 2012, when they had a falling out.

On the podcast, Todd continued to fire back at a claim that Mark had made that he’d only had sex with Todd and his wife. “The whole thing of it is that you’re going to sit out here and say you’ve only had two sexual partners. Well, we know that’s not true,” Todd said.

The Chrisley Knows Best star alleged that they’d found out that the former business partner had sent gifts to multiple men before their falling out in 2012. “You’re going to sit and talk about you’ve never been with anybody, but what about the doctor?” he said. “We found out all these other men that Mark had been with.”

Todd Chrisley’s Children: Everything To Know About The Kids He Shares With Wife Julie

Todd and Julie were both found guilty of fraud in June. Todd was sentenced to 12 years in prison, and Julie was given 7 years. Both of the reality stars will begin their sentences on January 17. They are expected to be held in minimum security in facilities two hours away from one another.