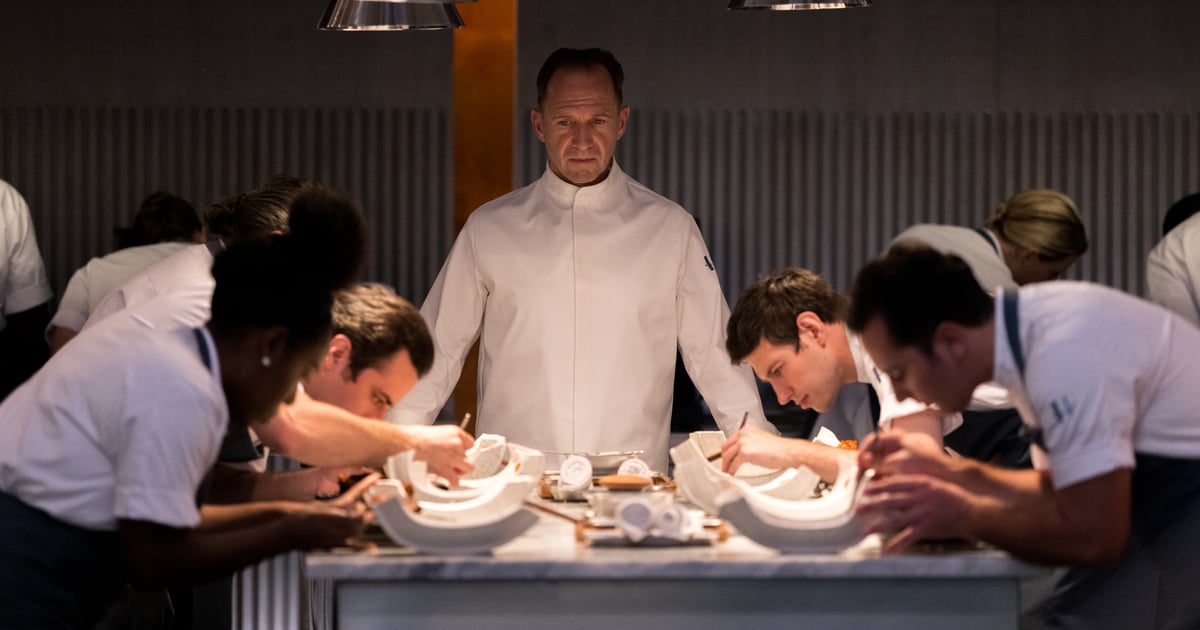 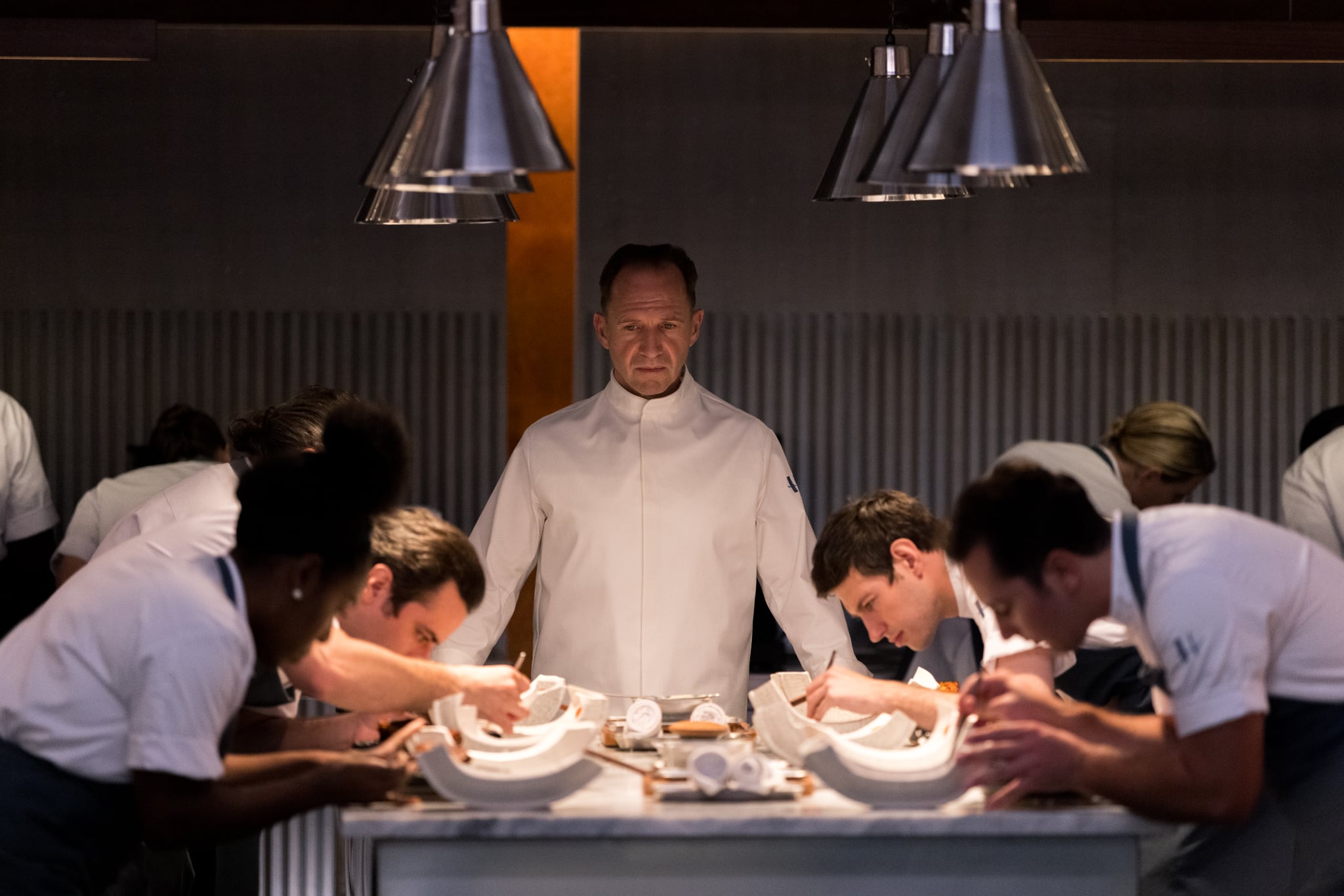 In the new horror film “The Menu,” which is now streaming on HBO Max, an ensemble cast starring Anya Taylor-Joy, Nicholas Hoult, and John Leguizamo play restaurant patrons who end up at the most terrifying dinner of their lives. The maestro of their suffering is Chef Julian Slowik (Ralph Fiennes), a methodical and exacting mastermind who turns them into the objects of his ministrations. The movie is funny, scary, thrilling, and totally weird all at once, making it a 2022 standout.

At the beginning of the film, the guests board a small boat, which takes them to the island of Hawthorne. They then go on a tour of the island — almost everything they’ll eat was grown, raised, or caught there — before heading to the restaurant itself. The film, directed by Mark Mylod (“Game of Thrones,” “Succession”), is in parts scary, shocking, and hilarious.

Ahead, get the answers to your biggest questions about “The Menu,” including that twist ending.

Is “The Menu” About Cannibalism?

We know you’re wondering. The trailer for “The Menu” isn’t huge on details, so a lot of viewers have wondered if the twist of the movie would be that the food the guests eat is actually made with human meat, which would turn into another cannibalism movie entirely. Despite speculation, “The Menu” is not, in fact, about cannibalism, and no human meat is involved in the film. That said, people do die as part of Slowik’s “menu.” Multiple “courses” include the deaths of diners or chefs, all according to the chef’s demented plan.

In “The Menu,” viewers learn Chef Slowik prepares a very special lineup for his hand-selected guests. He finds each one of them detestable in a different way and uses the menu to uncover what he sees as the worst parts of them. Hoult’s Tyler — the dinner date of Taylor-Joy’s Margot — says early in the movie that Slowik is a storyteller. The different pieces of the menu, he explains, will eventually tell a great story. Later, one of the sous-chefs tells the guests Slowik is planning on killing all of the diners, all of his employees, and himself because it’s the only way to thematically end the menu.

Margot is the one wrinkle that Slowik didn’t plan for; she’s a sex worker whom Tyler brings with him because he can’t reserve a table for a party of one, and his date dumps him. Tyler actually knew all along that the menu would end with all of them dying. Slowik lets Margot choose if she wants to stay with the restaurant’s team or with the eaters, though ultimately she dies either way. He tells her that he used to find joy in making and serving food, but it’s all gone for him now.

Margot chooses to stand with the staff, and Slowik sends her on an errand to get a metal drum that was left elsewhere on the island. She obeys but then decides to visit his house first. (During their tour of the island, Elsa, played by Hong Chau, tells them no one is allowed in there.) Elsa follows Margot into the house and attacks her, but Margot stabs her. She then finds the chef’s bedroom and a framed photo of him at his first job flipping burgers. Margot also finds a radio and calls for help.

Later, Margot returns to the restaurant, where chef Slowik is about to begin dessert. He sees a boat approaching the docks through the restaurant’s massive window and is furious with Margot for calling for help. He makes her sit with the guests again. It turns out, the Coast Guard rescuer is also on Slowik’s payroll, so the rescue plan is a bust. It seems all the dinner guests are out of luck, but then Margot has a brilliant thought.

She tells the chef that she actually didn’t take part in his menu; she thought it was all super pretentious, and she didn’t eat anything. She’s still hungry. She asks him to make her a simple, uncomplicated cheeseburger and fries instead. He obliges because it’s his job.

Margot tells him that the burger and fries are more food than she can eat, though, and asks for a doggie bag. He gives her one, she pays for her meal and leaves. Everyone else pays for their food before chef kills them in the final course of the menu — a giant s’more, with the patrons serving as the marshmallows. Margot drives away on the boat from the fake Coast Guard captain and watches the restaurant burn as she eats her burger.

Why Does Slowik Let Margot Leave?

Margot, after listening to Slowik’s rants, is able to tap into the idea that he just wants to make food that people enjoy. When Margot tells him she didn’t enjoy the meal, he has to make her something else to fulfill his role as a provider, and it’s something she knows he has an emotional connection to. This will be a fulfilling meal for him to make, complete with a storyline of its own. And when she doesn’t finish it, he has to let her leave so she can finish it elsewhere. Those are the rules of restaurants, and he’s nothing if not a stickler for the rules.

Marvel’s Moon Girl Is the Character Diamond White Needed as a Child
Are You Ready to Free the Nipple This Spring?
Consent On Channel 4 Makes You Glad You’re Not A Teenager
BTS’s Snub Proves the Grammys Simply Aren’t Relevant For Many Fans
Brandon Davis: 5 Things To Know About The Oil Heir Reportedly Dating Ashley Benson