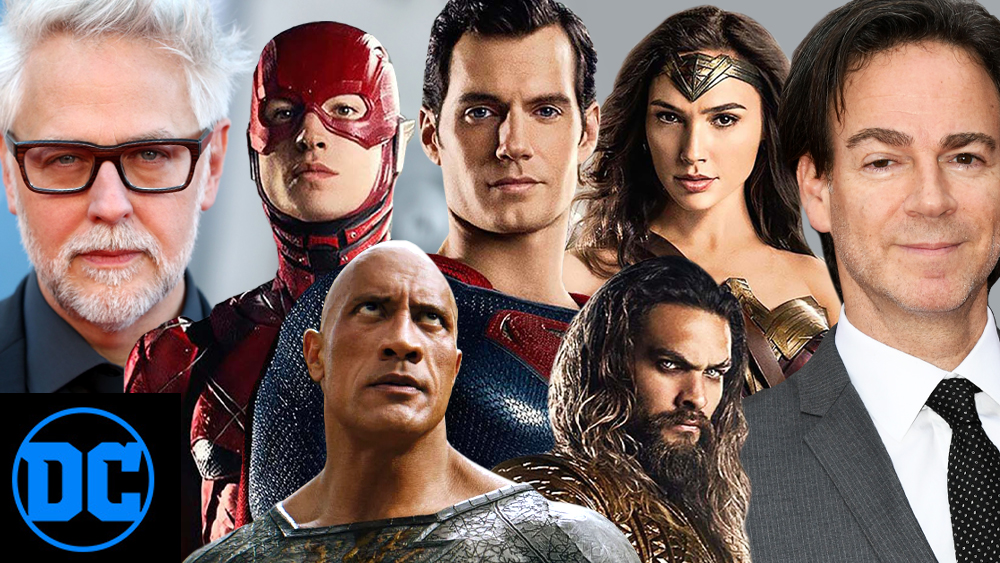 Wednesday’s DC chaos about the unplugging of Patty Jenkins’ version of Wonder Woman 3 coupled with rampant rumors of the studio’s new co-heads James Gunn and Peter Safran turning the comic book label upside down sans a Henry Cavill Man of Steel 2 and possible re-casting of many current big superhero roles has left the town with a bad case of PTSD.

The lack of communication to talent reps and content creators by the studio about what’s next in the DC empire, as Gunn and Safran map it out, has brought back bad flashbacks of when former WarnerMedia CEO Jason Kilar surprised and alienated Hollywood with his “Project Popcorn” theatrical day-and-date plan, and even Disney CEO Bob Chapek’s war with Scarlett Johansson over Black Widow.

“This is creating a riot,” says one content maker connected to DC fare about the level of silence they’ve received on the fate of their DC projects going forward. “And it’s a horrible optic. This business is based on relationships.”

When it comes to the rumors out there that core DC superhero castmembers Gal Gadot (Wonder Woman), Jason Momoa (Aquaman) and Henry Cavill (Superman) might be recast as the Gunn-Safran administration creates a synergistic plan for the DC brand across all mediums, our source says: “These franchises which already make a lot of money — why stop them? How can a studio that’s bearing so much debt afford to start from scratch? There are scripts and actors’ schedules to be figured out.”

Those three actors and Black Adam‘s Dwayne Johnson are repped by WME, and a complete turnover of DC stars by Warners would put them in check to a big agency. No one is getting ready to go to war a la CAA/Disney with Johansson. Despite everyone currently playing nice, an anxiousness lurks. On the other hand, we hear that WME-repped Flash director Andy Muschietti and Indiana Jones director James Mangold are excited to do business with the Gunn/Safran-led studio.

Gunn sought to ease agita today in a Twitter multi-post acknowledging “the fractious environment” he and Safran are walking into, saying “there would be an unavoidable transitional period as we moved into telling a cohesive story across film, TV, animation, and gaming.”

While it’s an understatement to say change is never easy, the arrival of Gunn and Safran to DC is akin to any major boss taking over a studio or a football coach taking over a team. They’re going to bring their own vision and, more likely then not, history will be rewritten. Give the guys some credit: They’re setting out to make a more cohesive franchise like Marvel.

“We know we are not going to make every single person happy every step of the way, but we can promise everything we do is done in the service of the STORY & in the service of the DC CHARACTERS we know you cherish and we have cherished our whole lives,” the Guardians of the Galaxy and Suicide Squad franchise filmmaker added in his tweet.

Now, Gunn and Safran are aiming not to have a Kilar situation on their hands in regards to talent relations and hope to apprise reps of their DC plans before the holiday soon after they sit down with Warner Discovery CEO David Zaslav.

There’s a lot of hot air out there, so here’s what’s known at this point:

Wonder Woman 3
According to those in the know, it was Patty Jenkins who walked away after receiving notes on the treatment she submitted to the studio. Apparently her threequel pitch had character arc problems that rivaled those of Wonder Woman 1984, which — despite being impacted at the box office by closed NYC and L.A. theaters during Covid and the studio’s HBO Max/day-and-date plan — was panned by critics at 58% Rotten and not a rave with fans with a B+ Cinemascore despite the first one getting an A. One rival studio executive observed the potential problem in the current DC setup of having a filmmaker like Gunn providing notes to an established filmmaker like Jenkins, but we hear that Warner Bros. Motion Picture chiefs Michael De Luca and Pam Abdy had concerns about the treatment before Safran and Gunn weighed in. The group provided notes. Jenkins fought back and defended her vision that the threequel’s character arcs were solid. Jenkins was given the opportunity for another pass but opted to walk. While the optics of Wonder Woman 3 not going forward in the wake of the axing of Batgirl provides bad optics for the studio, it was never anyone’s intention to be sexist. The hope for another Wonder Woman film exists. The question is whether Gadot wants to make it sans Jenkins, and judging from the actress’ tweet two days before the explosive DC news, it sounds like she wants to stay aboard. Combined, the Wonder Woman movies grossed $992.4M, the first dynamiting female moviegoers to the DC universe. Why wouldn’t the current DC administration not want more Wonder Woman?

Man of Steel 2 and the Whole Henry Cavill of It
Before Gunn and Safran even arrived, it was De Luca and Abdy’s decision with Johnson, sources tell us, to put Cavill’s Superman at the end of Black Adam to give the dark movie an uplifting, exciting cliffhanger. No regrets there. Cavill is managed by Dany Garcia, who also reps former spouse Johnson. There had been some championing for some time by Cavill’s team for the actor to return as the Man of Steel, a role he took on in the Zack Synder-directed 2013 version ($668M WW) and continued in 2016’s Batman v Superman: Dawn of Justice ($873M WW) and 2017’s Justice League ($657.9M). Cavill, we hear, took it upon himself to announce his return as the Man of Steel on Instagram on October 24, the day before Safran and Gunn were named as heads of DC. De Luca and Abdy before the duo’s arrival heard a pitch from Man of Steel producer Charles Roven and a writer. They didn’t like it and wanted to wait for Safran and Gunn’s plan to come into place. Hence, Man of Steel 2 never was greenlighted, didn’t have a director nor was it packaged. Capisce? Man of Steel 2 remains an open slot until the studio hears a better pitch.

Over the Thanksgiving holiday stretch, Johnson revealed in a video post that he “fought hard” with Warners to bring Cavill back. Johnson said Warners “inexplicably and inexcusably” did not want to bring back Cavill, but he was not going to take no for an answer and his team got to work.

“This has been years in the making regarding bringing Henry Cavill back and years of strategic conversations, and we were not going to take no for an answer,” Johnson said. “There was no way — there’s no viable logical way that you can attempt to build out the DC Universe without the most powerful force and the greatest superhero of all time sitting on the sidelines. It’s impossible to do.”

But, wait, what about that Flash ending with Cavill?
Yes, Cavill shot it, there’s something involving Clark Kent with additional cameos by Supergirl, Aquaman and Wonder Woman in the film. However, the studio right now is sitting on these options until its execs confer with Safran and Gunn. It remains whether the duo want to do another Ezra Miller-led Flash and, if they do, how they’ll tee that up. Miller has been ablaze in the tabloids for a number of run-ins throughout the year, the actor currently battling a liquor burglary theft charge in Vermont. The actor made a public apology for their actions.

And Black Adam 2?
It’s been radio silence from Warner Bros. to the pic’s team about whether there is a sequel to the Johnson-led film. However, Warner brass and Johnson are elated that the pic stands to make a profit north of $50M despite false media reports. Warners would be keen to keep an asset like Johnson with a half-billion social media followers in the fold, the People’s Champion having made several hit movies with New Line including San Andreas, Rampage, and Journey to the Center of the Earth.

Will there be a complete reboot of DC’s core stars?
One studio insider tells us: “At no point was there any pre-conceived notions of not continuing with these actors. It all boils down to how The Flash (June 16) and Aquaman and the Lost Kingdom (December 25) do at the box office.” Not to mention, the studio doesn’t want Gadot to hang up Wonder Woman’s lasso.

And Jason Momoa as Lobo?
This is mere fan speculation at the moment, given how the actor resembkes the anti-hero. Momoa and Gunn are friends, with the actor making a cameo as Aquaman in the latter’s Suicide Squad spinoff HBO Max series The Peacemaker.