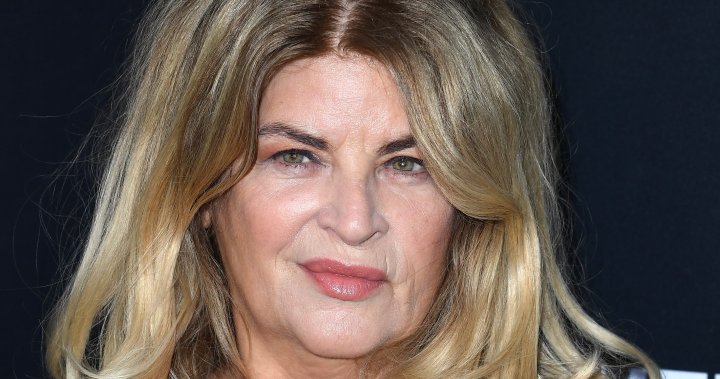 Kirstie Alley, the Emmy-winning actor best known for her breakout role in the hit sitcom Cheers, has died after a battle with cancer, her family announced Monday. She was 71.

“She was surrounded by her closest family and fought with great strength, leaving us with a certainty of her never-ending joy of living and whatever adventures lie ahead,” said a statement posted to Alley’s social media accounts and attributed to her children True and Lillie Parker.

“As iconic as she was on screen, she was an even more amazing mother and grandmother.”

The statement said Alley’s cancer had only recently been discovered.

Alley replaced original cast member Shelley Long as the female lead on Cheers, where she played bar manager Rebecca Howe from 1987 to 1993. She won the Primetime Emmy Award for outstanding comedy actress in 1991 and was nominated for every other season she appeared in.

Alley won her second Emmy in 1994 for her lead role as the parent of an autistic teenager in the made-for-television movie David’s Mother.

She also starred in the hit film Look Who’s Talking opposite John Travolta, as well as its two sequels.

Travolta paid tribute to Alley in an Instagram post Monday night, calling their relationship “one of the most special” he ever had.

“I love you Kirstie. I know we will see each other again,” he wrote, along with two photos: one of her and the other of the two of them laughing together.

After Cheers ended, Alley led her own NBC sitcom Veronica’s Closet from 1997 to 2000, which earned her another Emmy nomination. She later starred in the sitcoms Fat Actress and Kirstie, each for one season.

and led the sitcoms Veronica’s Closet — which earned her another Emmy nomination — Fat Actress and Kirstie.

She also appeared in several reality television shows, earning second-place finishes on both Dancing With the Stars and Celebrity Big Brother and leading her own series Kirstie Alley’s Big Life.

A native of Wichita, Kansas, Alley attended Kansas State University before dropping out and moving to Los Angeles.

Her first television appearances were as a game show contestant, on Match Game in 1979 and Password in 1980.

—With files from the Associated Press

Not a Single Woman Was Nominated For Best Director at the 2023 Oscars
Toronto filmmakers Sarah Polley, Domee Shi among top Canadian Oscar nominees
What Does Yara Zaya Do for Work? Is She Really a “Gold Digger” Like Critics …
Super Bowl TV Deals: 40% Off Televisions, Sounds Bars, Mounts & More
T.J. Holmes and Amy Robach Are Leaving ABC Amidst Relationship Scandal