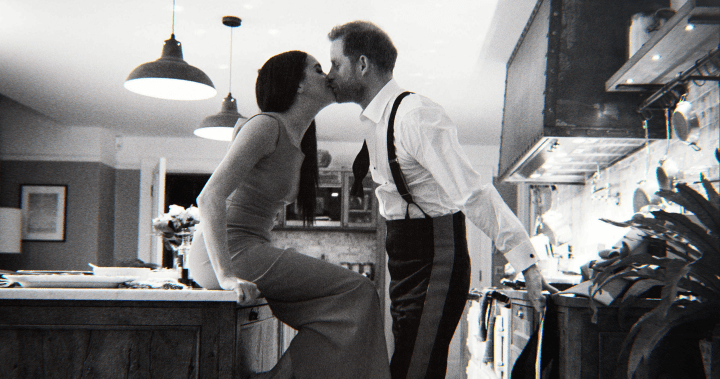 If the Royal Family wasn’t shaking in their boots after last week’s look at the new Netflix documentary following Prince Harry and Meghan Markle, they certainly will be now.

Netflix released a second explosive preview for Harry & Meghan Monday, promising audiences a drama-packed behind-the-scenes look that is sure to expose some of the more unsavoury elements of being part of — as the Royal Family is sometimes referred to — The Firm.

“There’s a hierarchy in the family,” Prince Harry says in the new trailer. “You know, there’s leaking, but there’s also planting of stories.

For the first time, Netflix also shared a release date for the six-part docuseries — Volume 1 will begin streaming on Dec. 8 and Volume 2 will come a week later, on Dec. 15.


In the trailer, Meghan and Harry talk about how “everything changed” after she married into the family in 2018. A journalist is heard saying “there was a war against Meghan to suit other people’s agendas,” with another claiming that the turmoil she faced “is about hatred, it’s about race.”

As the trailer goes on, it becomes clear that Markle’s story will be compared to Princess Diana’s untimely death.

In a voiceover, Harry says, “The pain and suffering of women marrying into this institution — this feeding frenzy,” as archive footage shows Princess Diana and Kate Middleton being hounded by photographers.

Referring to his late mother, Harry says, “I was terrified. I didn’t want history to repeat itself.”

Meghan adds, “I realized, they’re never going to protect you.”

Netflix promises “the series explores the clandestine days of their early courtship and the challenges that led to them feeling forced to step back from their full-time roles in the institution.”

“With commentary from friends and family, most of whom have never spoken publicly before about what they witnessed, and historians who discuss the state of the British Commonwealth today and the royal family’s relationship with the press, the series does more than illuminate one couple’s love story, it paints a picture of our world and how we treat each other.”

Meghan, 41, and Harry, 38, stepped back as senior members of the Royal Family in 2020, moving to California to pursue a more private life on their own terms.

Since their departure from the U.K., they’ve touched on how racism played a part in their decision to leave, including their bombshell Oprah interview when it was revealed that at least one member of the Royal Family expressed concern about the colour of their son Archie’s skin tone when Markle was pregnant.

The release of the docuseries will kickstart a busy season for the Duke and Duchess. Last month it was announced that Harry’s memoir, Spare, will be released on Jan. 10, 2023 – almost exactly three years to the day since he and Meghan announced they were stepping back from their duties as working members of the Royal Family.

6:55
New book details the tumultuous relationships and rifts within the Royal Family

Amazon’s New Price Gouging Method, as Explained by an Employee
‘The Last Of Us’ Recap: Bill & Frank’s Riveting Story Is Revealed As Joel & Ellie Make Their Way To Them
Kylie Jenner’s Givenchy necklace is not ‘controversial’ – it’s just plain offensive
Zach Gilford’s Confession About Taylor Swift Is Fearless
90 Day Fiance The Other Way Star Gabriel Paboga Owns His Own Business: Take a Look!