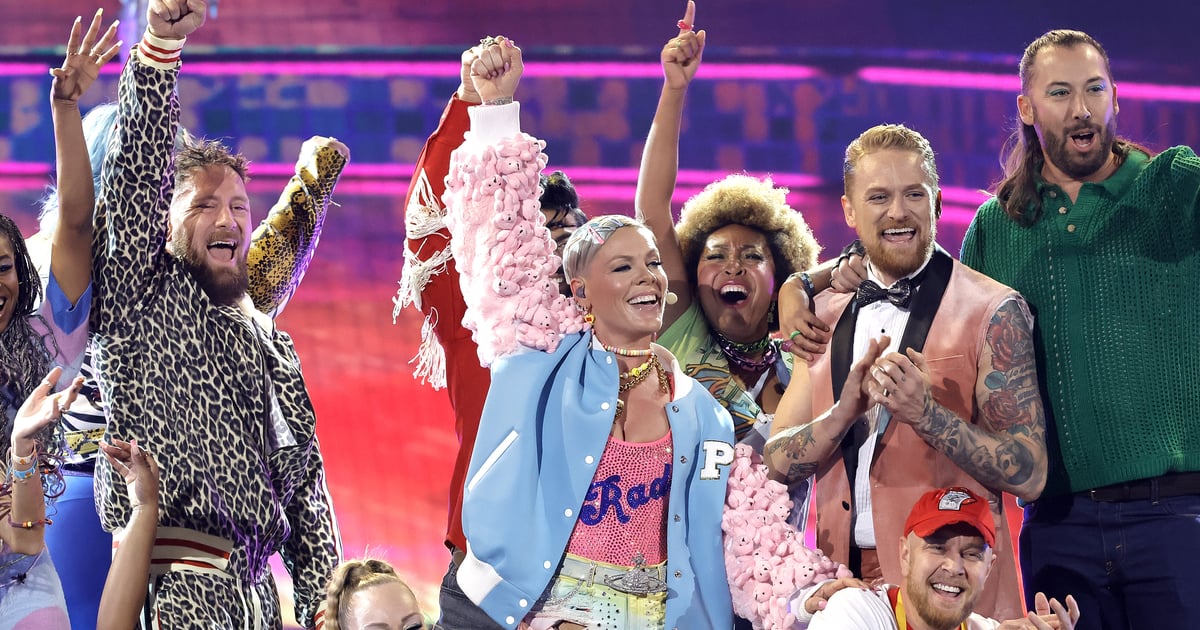 Pink just brought the house down at the American Music Awards with her first live performance of her new single “Never Gonna Not Dance Again.” After showing a clip from the song’s music video, the star roller-skated onto the stage along with a host of acrobatic backup dancers to deliver a 1980s-inspired performance of the track. The artist, who was joined by her family at the event, will also be performing a tribute to Olivia Newton-John later in the night.

She released “Never Gonna Not Dance Again” on Nov. 4, complete with an accompanying music video. In the video, she roller-skates and dances her way around a grocery store until she turns it into a full-on party.

On Nov. 14, Pink announced a massive summer concert tour titled Summer Carnival 2023. She’ll play 21 ballparks across North America, with support from Brandi Carlile, Pat Benatar, Grouplove, and KidCutUp. It seems she’ll release a new studio album — her ninth — before then, though a title and release date haven’t been announced. In 2021, she released a live album, “All I Know So Far: Setlist.”

On Nov. 6, Pink was one of the artists who helped induct Dolly Parton into the Rock & Roll Hall of Fame. She shared photos from the night on Instagram at the time, “Just casually inducting DOLLY PARTON into the Hall of Fame, singing with my buddy Brandi CARLILE and Sheryl CROW and DOLLY!!!!! Oh and Annie LENNOXXXXXXXXXXX and just hanging out in the hallway with my new bestie Olivia RODRIGO who is by the way SO SWEET!” The ceremony aired on HBO Nov. 19.

Ahead, check out more photos of her AMAs performance.