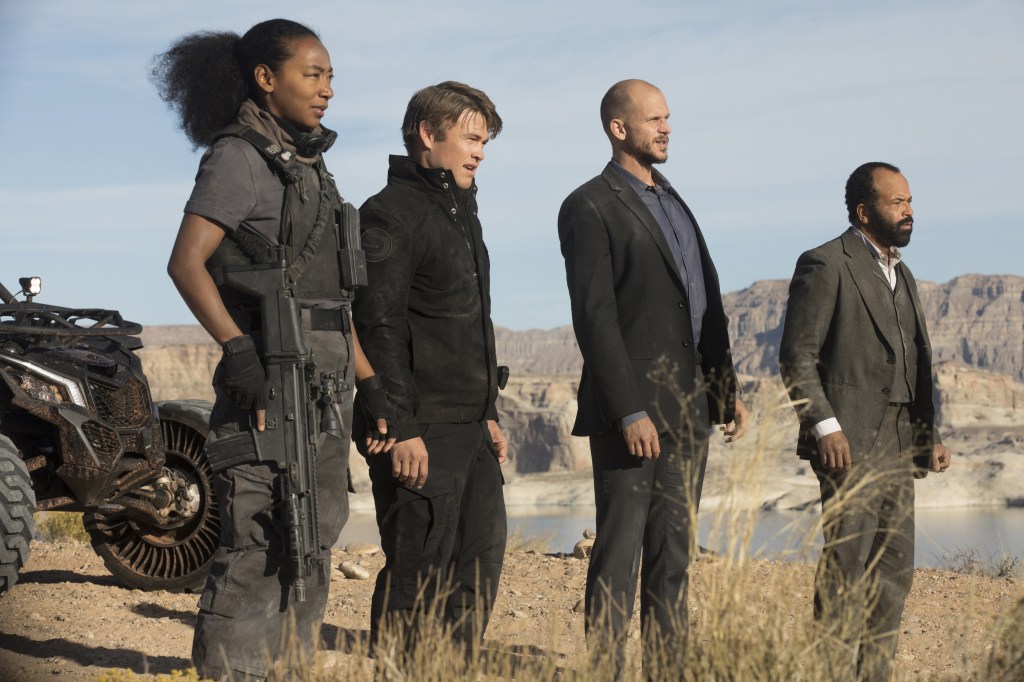 Luke Hemsworth did not see HBO’s cancellation of Westworld coming, but is taking a philosophical approach to the fate of the dystopian sci-fi series.

Speaking to ET, at the premiere of his brother Chris Hemsworth’s new Disney+ series Limitless, he said: “You hope these things go forever, but everyone’s got their own reasons. “I’m very thankful for my part in that series and that journey was a big part of my life, but it was disappointing.”

Adding to that disappointment, Hemsworth received the news on his 42nd birthday. “I was like, ‘F**k! Dammit!’,”he said.

Hemsworth played Ashley Stubbs, head of the security force at the Westworld parks, for all four seasons, starring opposite the likes of Evan Rachel Wood, Jeffrey Wright and Ed Harris.

HBO scrapped the show earlier this month following the conclusion of the fourth season in August.

“The idea right from the start was to go full circle and come back to be about loops, to be about human beings and robots being stuck in that trajectory,” he said. “Unfortunately, we get cut off, but it’s the nature of the world. You can’t get depressed about it. You move on and it opens up new doors.”

Bad Robot’s Westworld, from Jonathan Nolan and Lisa Joy, was an adaptation of the 1973 Michael Crichton film. During its run, it scored nine Primetime Emmy wins and 54 noms. It follows a world in which the rich frequent giant themed amusement parks populated by android ‘hosts’ they can kill and have sex with without repercussions. The robots later become aware of their situation and break out of the parks before blending into the real world and causing havoc as they go.