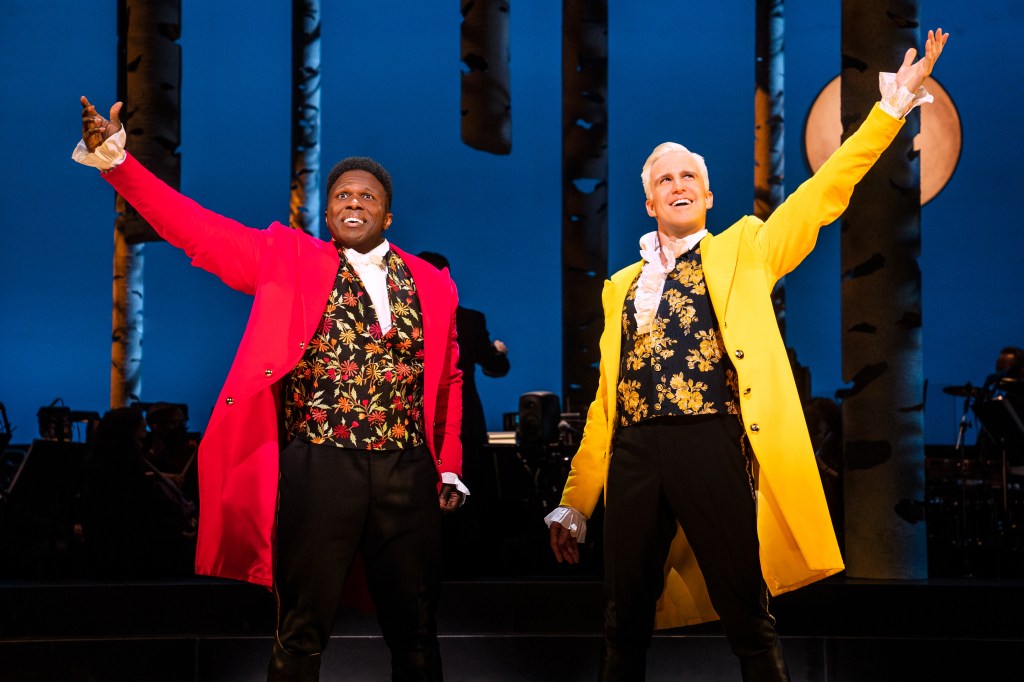 Broadway cast albums have made a clean sweep of this year’s Grammy nominations for Best Musical Theater Album, the first time in at least several years that the competition hasn’t included music from the West End, Off Broadway, social media and live TV performances.

This year’s nominees are cast albums of two revivals (Caroline, or Change; Into the Woods) and entirely new (at least, in one case, to Broadway) works (MJ the Musical; Mr. Saturday Night; Six: Live on Opening Night; and A Strange Loop).

That means, among other things, that Stephen Sondheim will squaring off against Michael Jackson and Billy Crystal.

Last year, Broadway was nearly shut out of the category, with only Bob Dylan’s Girl From The North Country repping the New York industry that was still recovering from the Covid shutdown (other nominees were West End musicals, concept albums and the winner, TikTok’s The Unofficial Bridgerton Musical). The year prior included a mix of Broadway (the winner was Jagged Little Pill), London and Off Broadway. In 2020, Hadestown beat out other Broadway nominees and London’s Harry Potter & The Cursed Child, and 2019 saw NBC’s Jesus Christ Superstar In Concert spoil an all-Broadway roster (The Band’s Visit won).

This year’s list of nominees features a well-balanced roster of new music and older music revisited. The Jeanine Tesori-Tony Kushner musical Caroline, Or Change features performers Sharon D Clarke, John Cariani, Caissie Levy and Samantha Williams in a revival of the 2004 musical. Into The Woods, with Sara Bareilles, Brian d’Arcy James, Patina Miller and Phillipa Soo as principal vocalists, is the acclaimed Broadway production of last spring’s Encores! concert-style revival of the beloved 1987 Sondheim musical, which took the Grammy in this category back in ’89.

Also making the roster: Six, the Toby Marlow-Lucy Moss musical about the wives of Henry VIII. Although a studio cast recording featuring a London cast was released in 2018, this year’s nominated album features the Broadway cast recorded live on Oct. 3, 2021.

How to Stand Up to a Dictator
Is gambling on the rise for women?
Charles Koppelman Dies: Hit-Making Record Executive And Martha Stewart Living Chairman Was 82
Gisele Bündchen Leaves a Supportive Comment on Tom Brady’s Post For His Son Jack
Red Sea International Film Festival 2022: Best Of The Red Carpet Gallery