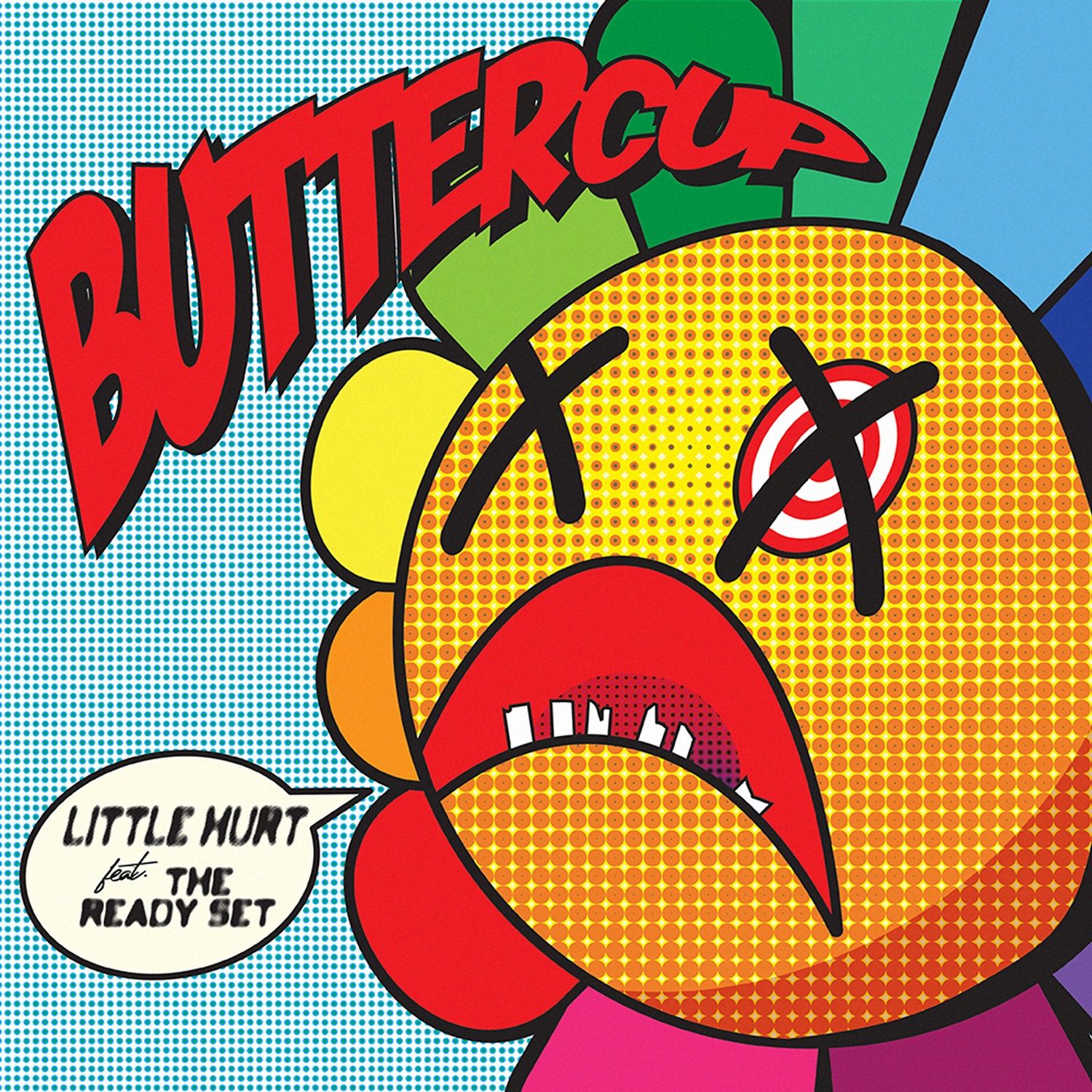 Lyrical substance only matters when you’re working with a good delivery, but fortunately for the new single “Buttercup,” Little Hurt and The Ready Set are here to make an otherwise simple pop tune sound like an identity-affirming statement of self. A collaboration between an upstart player and a certified pro, Little Hurt’s “Buttercup” demonstrates an A-lister presence you just can’t fake in any capacity, and though there have been a lot of interesting instrumentalists and singers rising up the ranks thanks to an unusually muted concert circuit and staggering output in the studio, his is still a one of a kind talent.

One of the most intriguing elements of this track has nothing to do with the two players it features, but how it’s pushing their core talents to the surface of the mix. This song is loud n’ proud when it comes to the synth components it supports, but it somehow manages to circumvent virtually every pitfall associated with overindulgence by throwing itself into the grey area between surrealism and psychedelic pop. This is very much a bastion of modern pop reimagined with more of a focus on harmony than anything else, but no matter how you dice it aesthetically, it’s a pop single you won’t be able to put down this November.

I listened to the first single Little Hurt dropped since getting into professional music not too long ago, and though it was a little while ago much of the track’s layered vocal structure stuck with me when I came into reviewing this latest piece. To a large extent, this song doesn’t let him be quite as aggressive with his vocal but instead creates a deliberate pacing with the verses that forces him to pump the brakes and leave space enough for The Ready Set to do his thing.

The cadence is off, uneven, and intentionally shaken to give us a feeling of overlapping rhythm; the result of this experiment is that the lyrics become the only constant point of consistency here. The compositional approach to the beat is, overall, pretty minimalistic and it doesn’t need to be anything more – with the kind of synth parts we’re getting out of “Buttercup” from one end to another, a bigger role for the drums was essentially out of the question before it could even be suggested.

There are hundreds of singles from artists mainstream and indie alike that I review every year, but “Buttercup” is one of the most unique and evocative sophomore cuts I’ve heard in 2022 from either side of the dial. Little Hurt is rolling like a true class act in this song by sticking back from the flames and letting his collaborator in The Ready Set stoke the fire pendulously – it takes some self-control, but what he does here is golden for those who like a hot groove as much as they do a melodic pop track. There’s still more ground for this young man to cover in the years ahead, but for now, I would put him at the top of his class for sure.

All About Adam Shulman, Anne Hathaway’s Husband and Father of Her Two Children
GloRilla Accused of Getting Moniece Slaughter’s IG Account Deleted
Disney’s ‘Strange World’ Flops, LGBTQ Character to Be Scapegoated?
Review: ‘I’ve Become a True Villainess’ Is an Intriguing Fantasy Romance With a Dark Twist
Jennifer Lopez Thought She Was “Going to Die” After First Breakup with Ben Affleck