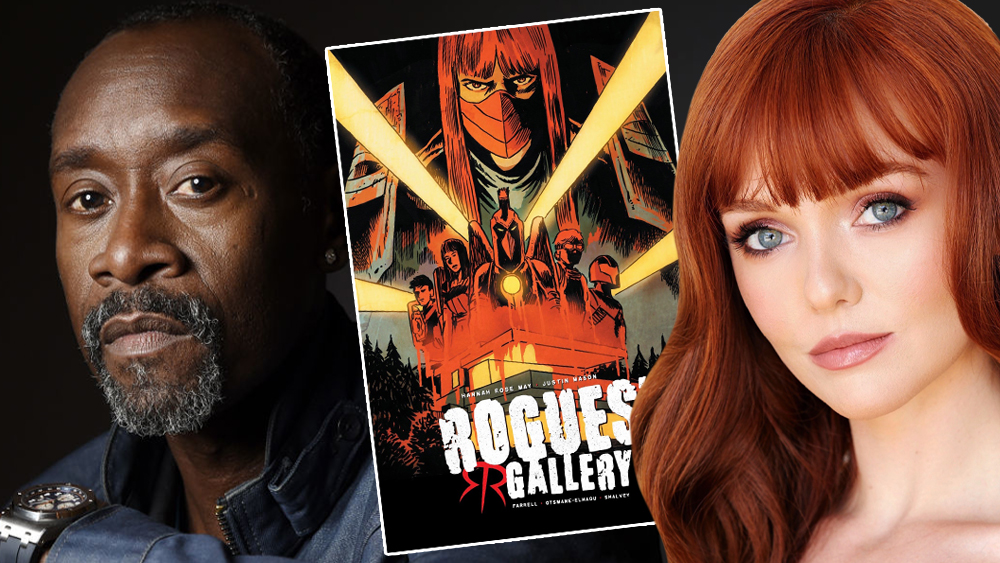 EXCLUSIVE: The Iron Man franchise actor’s production label This Radicle Act has optioned Hannah Rose May’s Image Comics comic book Rogues’ Gallery in a competitive situation, Deadline has learned. Don Cheadle has a first look with Industrial Media and the plan is to adapt Rogues’ Gallery into a TV series.

May wrote and created the high concept home invasion thriller, which is set against the backdrop of toxic fandom and obsession, which has art by Marvel’s Spiderpunk artist, Justin Mason.

Rogues’ Gallery follows Maisie Wade, who has just quit her role as the Red Rogue, a massively popular comic book character. But when her abrupt exit from Red Rogue’s hit TV series leads to its unceremonious cancellation, Maisie finds herself trapped in her own home by a group of unhinged superfans. Dressed up in the cosplay of the Red Rogue’s arch villains, these diehards want to teach Maisie a lesson. If Maisie is to survive the night, she must become the hero she has grown to despise.

May will serve as an EP and will be producing the series through her Weird Neighbour Productions banner alongside Cheadle, Karyn Smith-Forge and This Radicle Act.

Cheadle is represented by UTA. May is represented by Eric Reid at WME, Bob Glennon at Authentic Management, Ben Carnegie & Neville King at Innovative Artists and Scott Goldman at Frankfurt, Kurnit, Klein & Selz.