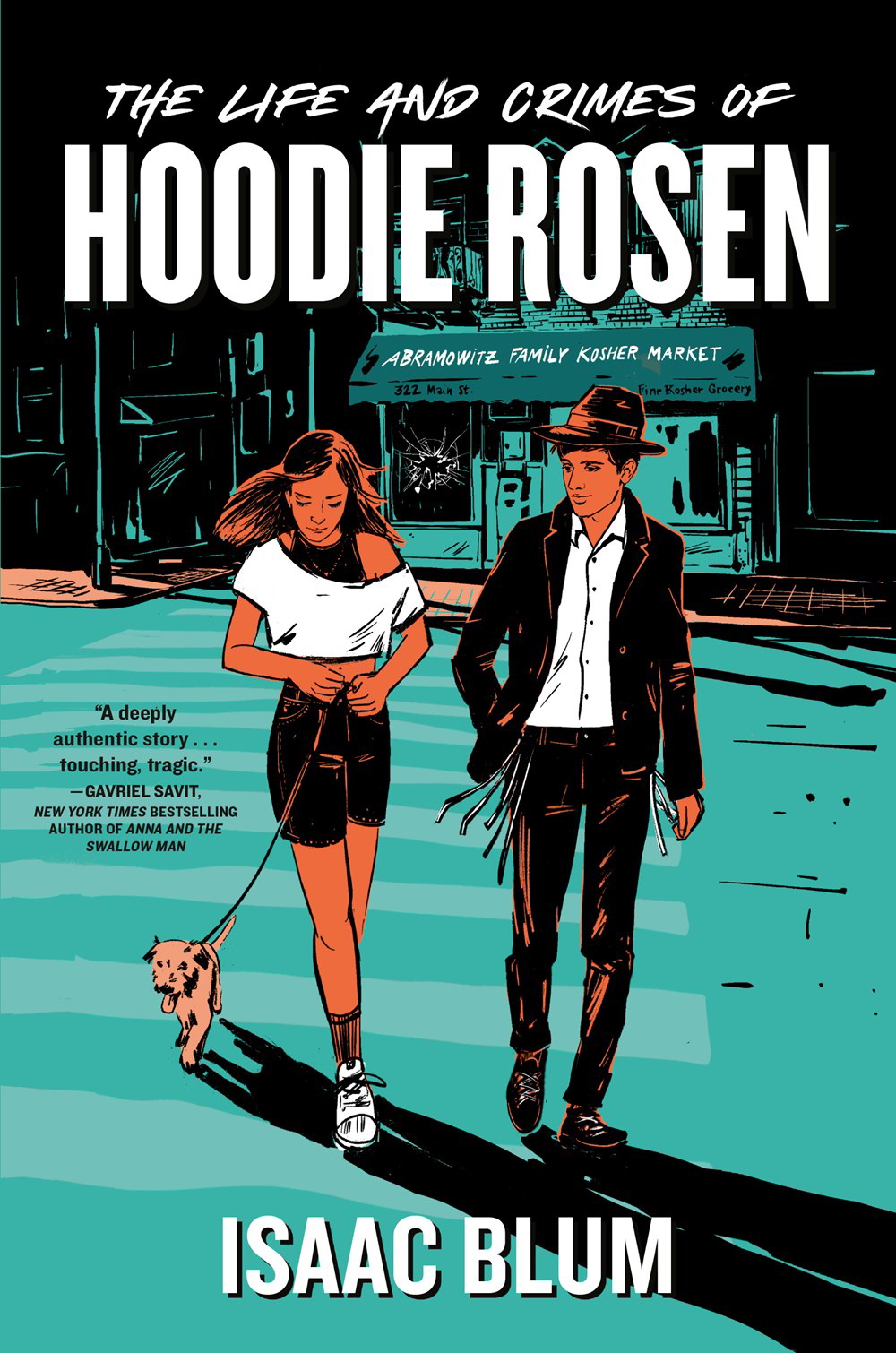 Fifteen-year-old Yehuda “Hoodie” Rosen and his Orthodox Jewish family, along with many members of their community, have recently moved to Tregaron, Pennsylvania, because the cost of living in their previous town became too expensive. When Hoodie meets Anna-Marie Diaz-O’Leary, the daughter of Tregaron’s mayor, he’s instantly smitten. Yet after he and Anna-Marie are spotted cleaning some up antisemitic graffiti together, both Hoodie’s father and rabbi forbid him from seeing her again because she isn’t Jewish.

As Hoodie and Anna-Marie continue to secretly grow closer, tensions rise in Tregaron. Many residents oppose the high-rise that Hoodie’s father, a developer, wants to build in order to house more Orthodox families, and they express their opinions through verbal and physical antisemitic attacks. With so much at stake, Hoodie questions why his relationship with Anna-Marie is being so heavily scrutinized—and whether he even wants to be part of his Orthodox community anymore.

The Life and Crimes of Hoodie Rosen, Isaac Blum’s first book, is an earnest story about belonging, faith and the sometimes tragic consequences of failing to see other people as fully human. As Hoodie vacillates between embracing and doubting his faith, his narration is deeply, even startlingly hilarious, filled with irreverent observations that ring with teenage-boy authenticity. Blum also offers many slice-of-life scenes guaranteed to leave readers breathless with laughter, such as a yeshiva classroom discussion led by Rabbi Moritz about how to know whether the day has begun (the answer: “when there is enough light to distinguish between an ass and a wild ass”). The lesson devolves as Hoodie’s best friend ponders aloud whether the distinction is made by “a small but proud group, the ass rabbinate,” then asks the rabbi for his blessing to become “an ass student,” which Rabbi Moritz does not grant.

Blum surrounds Hoodie with a cast of well-crafted characters, including his sisters, his yeshiva friends and Anna-Marie herself. Readers concerned that Anna-Marie initially feels shallowly drawn—and that Hoodie’s dreams of an everlasting romance with her are perhaps too idealistic—will be pleased by the transformation Blum successfully pulls off by the novel’s conclusion.

Some readers may not find all of the novel’s rapid shifts between humor and seriousness to be flawless, though Hoodie’s recounting of a scene of brutal antisemitic violence near the novel’s end is word perfect. Overall, The Life and Crimes of Hoodie Rosen marks Blum as an exciting new talent in realistic YA fiction.

20 Of The Best Cargo Pants For Men That Deserve A Place In Your Capsule Wardrobe (Updated 2022)
Oscars: Israel To Submit ‘Cinema Sabaya’ For Best International Film Category Following Ophir Win
BBC’s Later… With Jools Holland to Stage 30th Anniversary Show
Hilary Duff Just Proved You Can Wear This Fall Staple With Anything
Julia Roberts Has An A+ Response When Asked Why She Decided To Film Rom-Com Ticket To Paradise With George Clooney