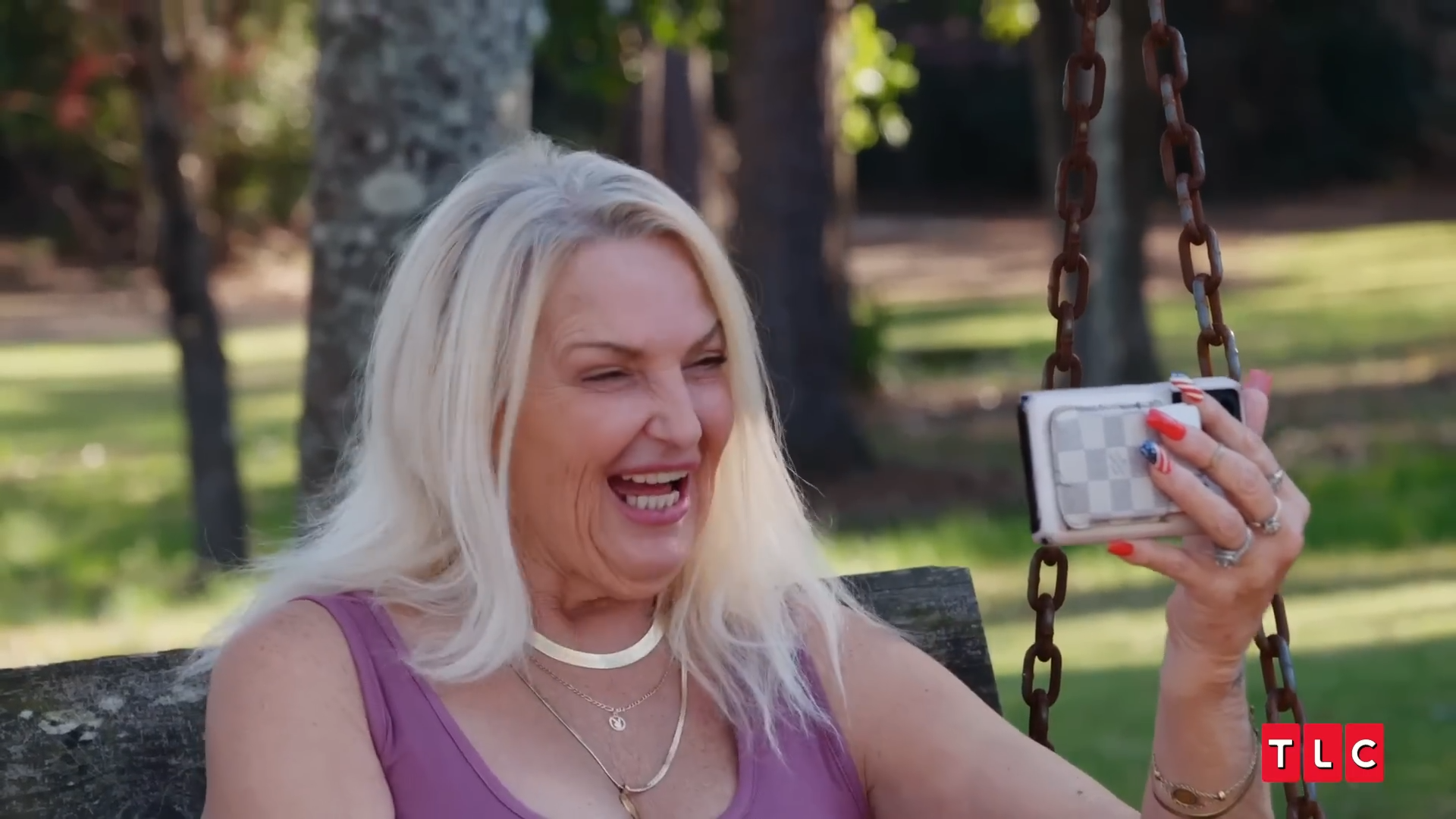 After the promo at the end of 90 Day Fiance: Happily Ever After? Season 7, Episode 2, we knew what was coming.

Angela Deem is back.

This villain has haunted the franchise for years. Usually while terrorizing her husband, Michael Ilesanmi.

But in this sneak peek clip ahead of Episode 3, she’s talking with another man altogether.

Angela Deem will make her first appearance on Season 7 on Sunday, September 11.

Viewers who did not pay attention to the season’s trailers or to the promo are in for a rude awakening.

This time, the ill-behaved grandmother is showing off her cosmetic work while video chatting with a man named Billy.

Make no mistake — Angela is still married to Michael Ilesanmi.

It is our understanding that she has not seen him in person since February of 2020. If that has changed, it was likely fairly recent.

But they are still married. We are sure that Angela will come up with whatever justification she likes for … Billy.

In this sneak peek, Angela claims that she began talking with Billy, a Canadian, innocently enough.

Soon, they were dancing together on the algorithm-hell app for children, TikTok.

Billy, she reveals, worked in the 1980s as a stripper called “Thief of Hearts.”

She says that he still has all of the dance moves.

Angela also gushes that he still has an incredible body.

As you can see in this clip, they are still dancing for each other’s benefit, even when not using TikTok as an excuse.

“What do you think about me coming to Canada?” Angela asks Billy.

“I would love to see you come to Canada,” he assures her.

Angela then jokes about slipping “dollar bills” into his clothes while he dances for her. Her plan is to visit him in a couple of weeks.

However, Angela is married. So what’s the plan?

She explains that she is unsure of how much more time she can “waste” on her husband, Michael.

“Michael is starting to give up on our marriage,” she then claims.

Is that the truth?

Maybe Michael felt discouraged by the long wait for his via (due to a disgraced former president’s immigration ban, and then to the pandemic).

Or, one hopes, perhaps Michael began to grow wise to how Angela has been treating him.

The vicious verbal and emotional abuse that she has inflicted upon him has been a horror to witness.

We all know that TLC doesn’t care unless they get enough viewer backlash, but many fans of the show skip her segments for their own well-being. It’s hard to watch.

If Michael is still (for whatever reason) in love with Angela, however, her dances with Billy are especially hurtful.

Why? Because Angela has been “dancing” with Michael like this for years. it has been part of keeping their marriage alive between continents.

None of us will ever forget Angela’s bathtime “date night” with Michael. He danced for her then. We wish that this memory might leave us forever.