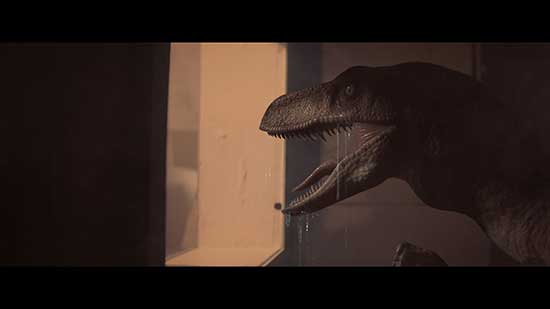 JURASSIC PREY in ‘KINGDOM OF THE DINOSAURS’

Los Angeles, CA – August 17, 2022 –Uncork’d Entertainment has released the trailer for  director Scott Jeffrey’s prehistoric adventure KINGDOM OF THE DINOSAURS.  Scripted by Jeffrey (Cupid, Mummy Reborn), the pic is set in 2030 during World War III in which a small group of survivors make it into a bunker. Two years later they have to exit to find new supplies, but they are greeted by dinosaur predators.

KINGDOM OF THE DINOSAURS, starring Mark Haldor, Darcie Rose, and Chelsea Greenwood, will be released on digital and DVD September 6.

The film marks the collaboration between Scott Jeffrey and Uncork’d Entertainment, who have released several of the genre filmmaker’s productions, including recent fellow dino-feature JURASSIC ISLAND.

Producers Scott Jeffrey and Rhys Waterfield of Jagged Edge Productions negotiated the deal on behalf of the film team with Keith Leopard of Uncork’d Entertainment.