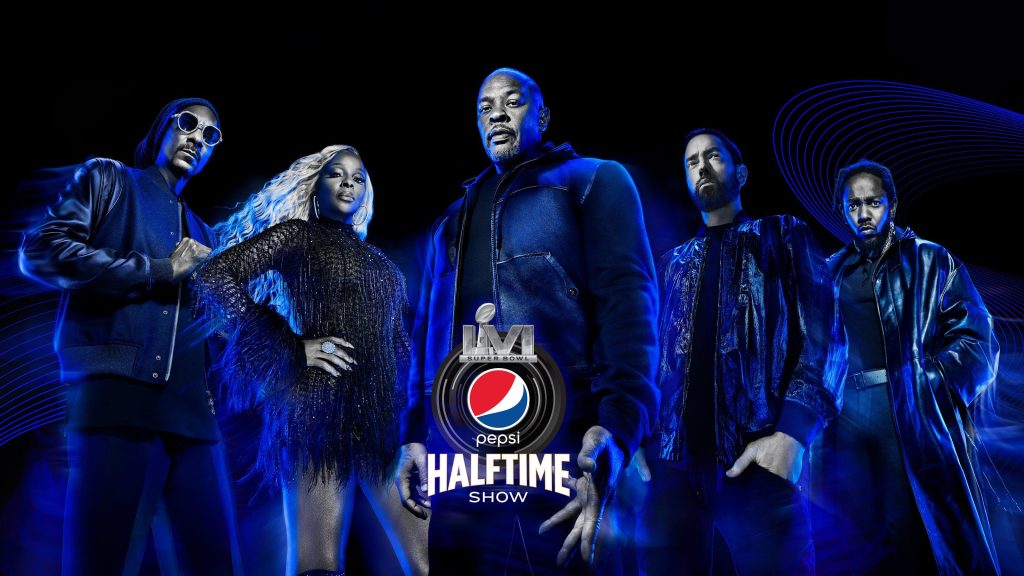 Norman Lear’s  Live In Front of a Studio Audience: The Facts of Life and Diff’rent Strokes may have been a favorite going into Emmy season, but there was absolutely no beating this year’s Super Bowl LVI Halftime Show.

It’s the first time the halftime show has ever won an Emmy in this category.

“I am nervous, man. Jay is watching,” said Executive Producer Jesse Collins of Jay-Z while taking home the top prize. “First on behalf of the fellow executive producers and our performers, we would like to thank the television academy for this incredible honor. It’s amazing. This is the first time this show has ever won this award and it’s so incredible to be a part of this moment. It took an incredible team to pull this together and I thank you all.”

The show was produced by Jesse Collins Entertainment, DPS and Roc Nation.

“It was one of, if not the greatest Super Bowl halftime shows ever,” director Hamish Hamilton told Billboard recently. “That [artist] lineup changed the world – they changed music, they changed politics, they changed the way that we dress, they had a seismic influence in music, culture and beyond and not one of them had been on a Super Bowl bill before, and all of a sudden they’re all on the same Super Bowl bill, and by the way it’s [near] Compton, where some of this started, where Dre started, literally this is his backyard. And, of course, you’ve got the home team in the final. It was a hip-hop L.A. Super Bowl once-in-a-lifetime moment. It just had everything extra going for it, from that first shot of Dre in his studio in Compton.”

Noah Schnapp Responds After The Bachelor’s Hannah Godwin Says She Has a “Bone to Pick”
Who Are The Groups Banning Books Near You?: Book Censorship News, September 23, 2022
News & Documentary Emmys: Vice & ABC Lead With Eight Wins Each On Night 1
A Little Alone Time with Carly Rae Jepsen
Negan’s Barbed Wire Bat ‘Lucille’ From The Walking Dead Hits Auction Block