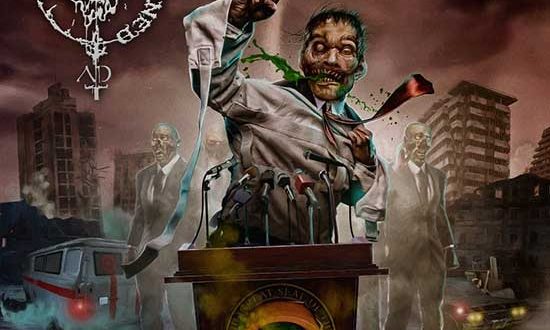 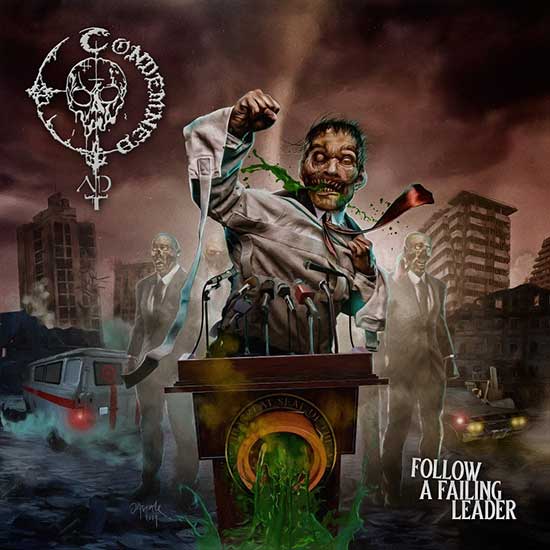 Swedish Thrash Metal band Condemned AD signed a deal with Wormholedeath for their album “Follow a Failing Leader”, which will be released on September 23rd, 2022.

The band speaking of the album stated: In the album “Follow a failing leader” the lyrics reflect the harsh reality through the eyes of us as a band today but also covers a dark past. We are a Thrash-Metal band with influences from all decades and styles in Thrash metal music. The songs on the album span from melodic progressive metal to dark brutal death vibes. Thanks to Wormholedeath for believing in us, the strive continues to spread our music wherever it may take us. //Micke founder and driving force.

Hailing from Hammarö, Värmland in Sweden, thrash metal outfit Condemned-AD is forging a new future after a dark past. Originally formed in 1989 as Condemned, the band experienced years of chaos and mental health struggles that eventually led to a breakdown for the band’s frontman in 1998. After many years of silence and inactivity, the band reformed in 2015 after Micke, the band’s driving force and sole original member, performed for an old friend and found that the fire and energy of the music were far from dead. At that point, the band’s name was changed to Condemned-AD to signify the start of a new era. The band’s current lineup includes Micke on guitar and vocals and Juan on drums (Alex, guitar, past away in Feb 2022). Micke is also the mind behind the band’s lyrics, song structure, and riff ideas. Active in the Swedish metal scene in the early 90s, Condemned-AD’s sound was formed amidst a characteristic brutal wave of metal. The band even recorded at the legendary Sunlight Studio with producer Tomas Skogsberg, credited as inventing the sound of death metal for bands like Entombed and Dismember. Influenced by the likes of Motörhead, Megadeth, Venom, Tankard, and Slayer, Condemned-AD writes music about personal experiences of depression, the problem of human stupidity as expressed through today’s social media, and the struggles we all face despite our shared fate of death and decay. Since reforming, the band has released three EPs—“Until Death ends It All” (2016), “Will I Cheat Death One More Day” (2017), and “Time Waits For No One” (2018)—and in 2019, the band signed with Italian record label WormHoleDeath. Due to the Covid-19 pandemic, the band’s plan to record their first full-length album was delayed, but in October 2021, the band was finally able to enter the studio at Titanslab in Italy and record. The long-awaited album is scheduled to be released in May 2022. All of Condemned-AD’s previous releases can be found streaming on Spotify, YouTube, and other major streaming platforms.

Band line up in the studio on this album

The Kardashians: Khloe Kardashian Gives Hint About Baby Boy’s Name
“Squid Game” May Be a Twisted Show, but It Offers Some Easy Halloween Costume Ideas
‘Avatar’ Rerelease Features Surprise ‘Avatar: The Way Of Water’ Footage
John Stamos Recalls Having Dinner With Tom Hanks Right Before He Was Set To Play Walt Disney And What Should Have Tipped Him Off
Red Water Entertainment Summons Dark Fairy Tale KRATT to VOD October 11th