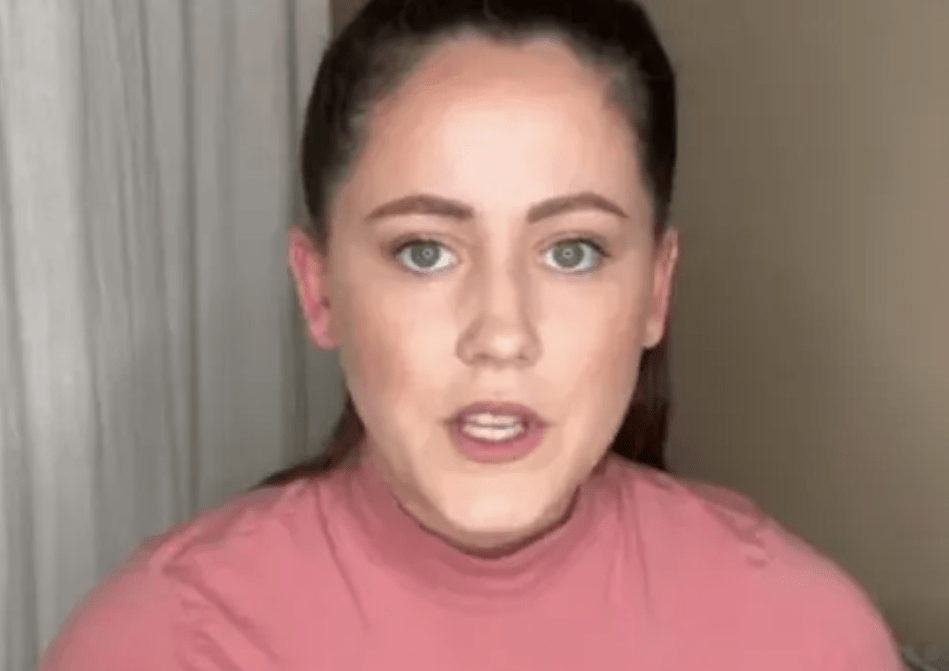 It can be tough to tell what’s going on with Jenelle Evans these days.

For a while there, it looked as though Jenelle would be returning to MTV for the first time since being fired by the network in 2019 amid allegations of animal and child abuse.

Now, however, Evans’ new manager, August Keen, is claiming that Jenelle is done with the network for good.

He also claims that Jenelle will be returning to television with her own show on as-yet-undisclosed network.

“I ALONE decided to decline the terms within the agreement to pursue and further other career choices, based on the terms,” Evans said in a statement issued through her rep.

“It would have not aligned with my current opportunities. No hard feelings. I appreciate MTV and the producers for including me, [and] nothing but great vibes to the girls.”

Jenelle’s manager reiterated her claim that she did not turn down the MTV job at David’s insistence.

“Her marriage is stable. They are, I think in every way, pretty healthy right now as a family…There’s no toxicity,” said Keen in a recent interview with People magazine.

“David [Eason] is being a good boy. He’s not doing or saying things he shouldn’t. He’s being a good husband, a good father,” he continued.

“There may or may not be more discussions to this. As of right now, we’re definitely not doing the show. They need to come to us with a much better offer.”

So it sounds like all is well on The Land for a change.

But as Starcasm points out, Twitter user Roux — who has long been one of the most reliable sources on all things Jenelle — paints a very different picture.

“David is a POS and always will be. Treats her like sh-t and she allows it,” Roux tweeted recently.

“They constantly fight over him refusing to get a job. If they struggle for money, he tells her to figure it out. He has not changed.”

“So why does she even keep him around??” one Twitter user asked. “At this point she can afford to replace him lol. Real lawn/pool maintenance, nannies, somebody else to cook her up some squirrel slop.”

“He says he’s not going anywhere and he’s entitled to half…which he is,” Roux replied.

According to August, Jenelle is firing on all cylinders these days, and has even patched up her relationship with her mother, Barbara Evans.

“Even her relationship with her mother is good,” Keen explained.

“They’re not clashing anymore, they’ve learned to accept each other’s personalities. A lot of maturing and growing has been happening in the last few years.”

“Babs and her are not good. According to Babs she is humiliated by Jenelle’s OnlyFans and says Jace is embarrassed and gets picked on because of it,” Roux clarified.

Yes, according to Roux, Jenelle is fully devoted to the OnlyFans life.

And with the amount of money she’s pulling in, we doubt she’ll be quitting for her kids’ sake anytime soon.

Roux estimates that Evans is raking in $40,000 a month from the adult content subscription site.

Her earnings are apparently so substantial that she’s set up an LLC to protect her cash.

“The LLCs are in her name for taxes so that [David’s ex] Olivia can’t go after her income for David’s child support…again so David can continue to freeload,” Roux tweeted.

“He has not changed, and with Jenelle’s Onlyfans income, he doesn’t have to.

Roux went on to explain that Jenelle specializes in pics of her feet.

“The most requests are foot pics. That’s easy money baby.”

As for David, don’t be expecting him to return to OnlyFans anytime in the near future.

“Did David quit OF because of the teeny weeny comments?!” one user asked Roux.

“He quit because it was a joke to begin with. With Jenelle making this money he doesn’t have to do a thing,” she replied.

Yes, David’s time on OnlyFans might have been short (no pun) intended, but at least it gave us some insight into why he’s so damn insecure!