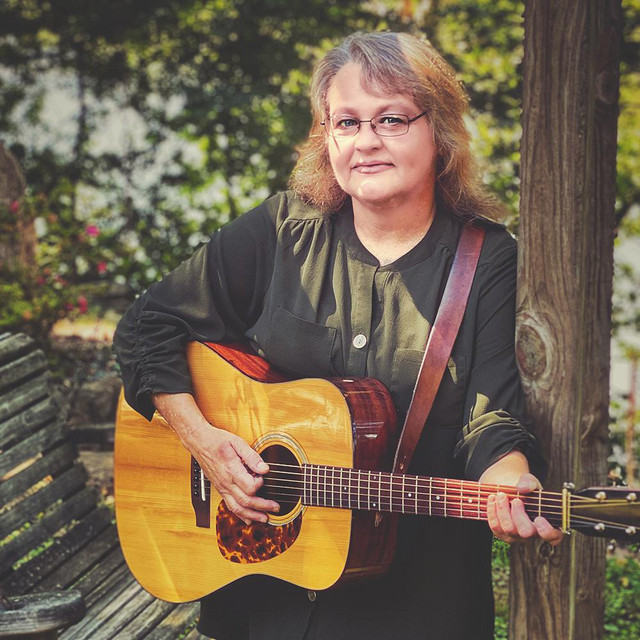 Her new single “Sun’s Gonna Shine” only reinforces Dale Ann Bradley’s near-peerless reputation within the bluegrass community. She collaborates with fellow Kentuckian J.P. Pennington on this track from her new full-length album Kentucky for Me. Pennington’s pedigree as a member of country music supergroup Exile gives Bradley’s single a little added cachet, but the song ultimately has to stand on its own.

Pennington is more than a guest star, co-writing the song with Amanda Martin, so it goes beyond a mere vocal spot for Bradley. She treats it as such. Bradley sings the lyrics with near evangelical zeal and, even if they may or may not have direct antecedents in her life, she understands where they are coming from. In the proverbial core of her being.

It opens much like the scene we see in the single’s artwork. Pennington’s voice kicks things off, a move that may take some by surprise, but it’s a testament, however small, to Bradley’s utter lack of ego. It isn’t her turn in the spotlight that drives her. It’s creating and performing substantive musical art that has lasting value.

The lyrics tell a tale of redemption to come. Bradley and Pennington tell that story without ever lapsing into all-too-familiar melodramatic tropes. Pennington and his co-author Martin, instead, deliver a message of belief in a better tomorrow with plainspoken yet poetic language. Its universality is quiet rather than arriving with trumpets. It’s the way it should be.

Bradley and Pennington are joined by top-notch accompaniment. Michael Cleveland’s fiddle is arguably the singer’s single most important instrumental collaborator, based on his prominence in the arrangement. Saying this, however, isn’t meant as any slight whatsoever to the outstanding playing from Alison Brown’s banjo, bassist Ethan Burkhardt, and Tony Wray’s mandolin. Bradley’s bandmates play as a cohesive unit throughout the entirety of the song and Pennington joins them on guitar as well.

Kentucky for Me will land in the fall of 2022. It cannot come soon enough for some. An album of bluegrass songs may not provide even a flutter of consolation for those who lost loved ones and their property in the state’s recent flooding. Bradley obviously recorded this song before these recent meteorological disasters unfolded, but her coincidental dedication of the forthcoming album to her home state may provide a little comfort at a tragic moment. It can’t hurt.

It’s the latest evidence that Dale Ann Bradley’s talents as a singer and performer are far from finished. She is growing as both an artist and as a human being and it’s our great fortune as listeners that these growth lines in her life are proceeding along congruent lines. “Sun’s Gonna Shine” is as authentic and sincere as songs can come and it never threatens to condescend. The voices at the center of this track have seen their hard days, but they are still standing. The famed writer and Nobel Prize winner Ernest Hemingway once wrote that man can be destroyed, but never defeated. Man, woman, all of us, it is truer than ever before.