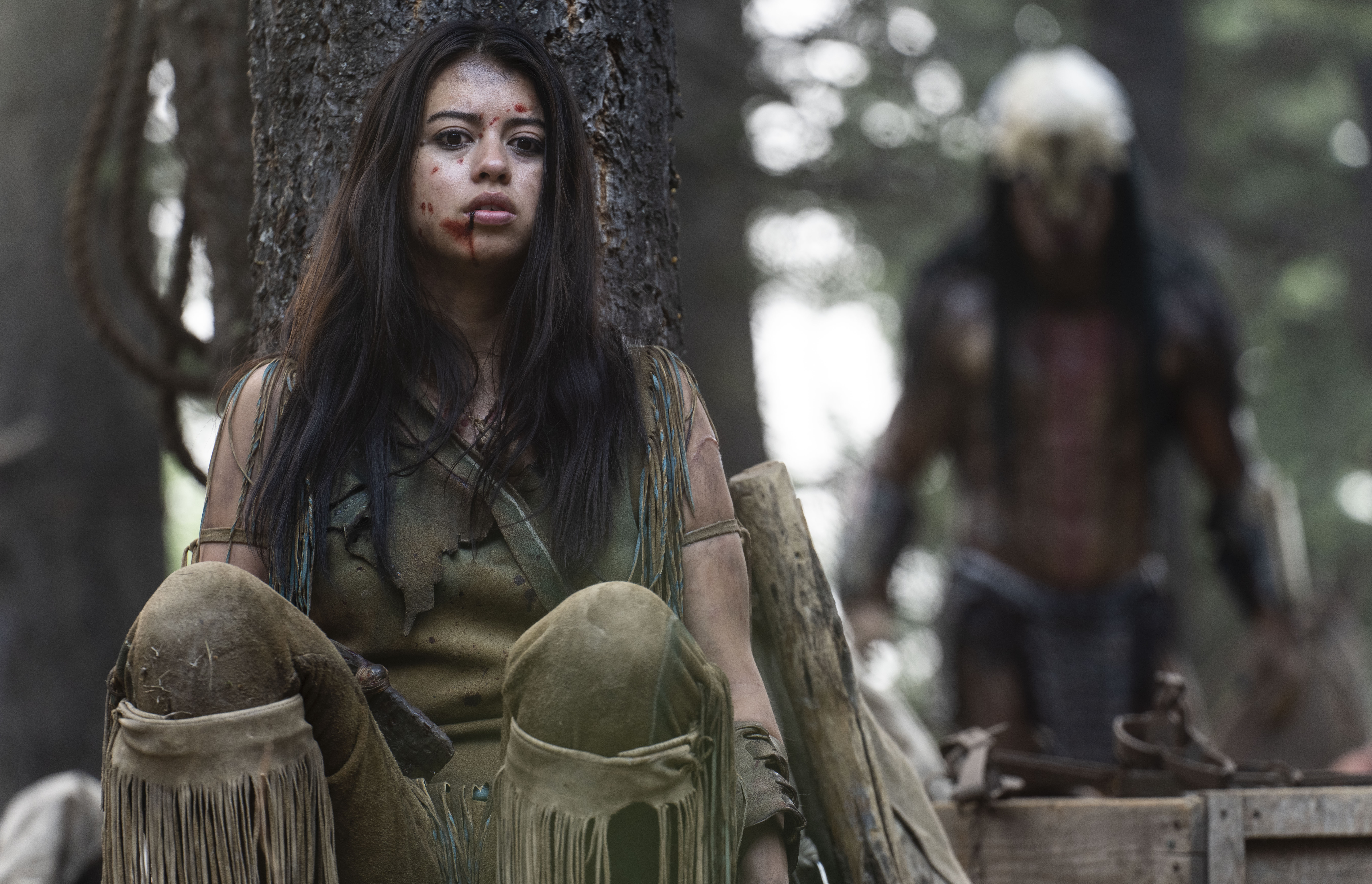 Waking up to “Mary Sue” trending isn’t exactly something that inspires confidence in the year of our lord 2022, yet here we are. On Twitter, I was confronted with a sea of people either angry that a character was called a Mary Sue or people doing the calling. The most recent entry into this strange and daunting trend is Naru (played by Amber Midthunder) from the new movie Prey, a prequel into the Predator franchise.

A video dropped from YouTube reviewer The Critical Drinker and in it, he ignores important information the film gives you as to why Naru is strong enough to take on the Predator, and why she survives. (Some of why are skills like knowing medicine and realizing that Predator can sense body temperature, and using that to her advantage where the other hunters in her tribe just want to hunt him as they would another animal). The Critical Drinker, critically, does say in his video that she’s “not” a Mary Sue despite completely missing the point of multiple scenes (and at one point getting mad that the French colonizers are depicted as gross?) but then there are YouTubers like Tyrone Magnus who called Naru a “Mary Sue” from the jump. Pair that with their large subscriber lists and it seems as if Naru is now a “Mary Sue” in the eyes of those who have no idea what a Mary Sue is. This got the topic trending on Twitter.

We here at The Mary Sue don’t have a problem with characters who are dubbed our namesake and for good reason: this website bears the Mary Sue moniker proudly because we think there’s nothing wrong with powerful, capable, heroically-minded people, or with looking toward an ideal version of what we can be. Traditionally, it’s young women who have been called Mary Sues since the advent of the phrase, but there are plenty of male characters who are also “depicted as unrealistically lacking in flaws or weaknesses.” So-called “Mary Sue” characters tend to have the plot revolve around them, are incredibly powerful, and are considered special by the universe at large, or at least the other characters. Like, say, James Bond. The biggest one of them for me is Luke Skywalker, my dramatic prince. The presence of “Mary Sues” in a narrative basically just means that we’re either thrown into the story once they’re already good at something, they’re naturally talented, or they just so happen to be a person gifted with an ability at birth that makes it so they don’t have to train as much as others to become some the hero of the piece.

While again, men also frequently fall into this category of characters and are sometimes called “Gary Stus,” it is far less likely (from my own observations) that a male character will be called that and, instead, it falls to any female character in a movie or TV show or book that is a complete bad ass. The most recent trend with Naru makes no sense, because we actively see her training in the movie. In Prey, she also is observant and watches how Predator hunts and uses that to her advantage, making her successful in the end against him. The fact of the matter is that even when female characters do receive lengthy training montages or explorations of their history that show why they’re so good at something, some people will still cry “Mary Sue.”

Most the arguments against Naru thus far have been: how does a young woman (many of the comments also commented Amber Midthunder’s weight and body, and that’s gross on a whole different level) take on the Predator, when highly skilled soldiers were nearly taken out in the first Predator movie?

The answer is simple: She watched how he hunted and found a way to outsmart him. I’m sorry but I don’t think that Arnold Schwarzenegger, Carl Weathers, and their team were out here monitoring the Predator in the same way that Naru was.

How much do women need to “train” to avoid this label?

Naru joins characters like Arya Stark from Game of Thrones who are shown to be training, have trained their entire lives, and then are called a “Mary Sue” because they are the victorious heroes at the end of the day. What it boils down to is simply that sexism usually prevails over any actual character analysis, especially on the Internet. In the eyes of those who have a problem with it, they’re mad that the character doesn’t let a man take over.

And I’m sure when pressed, the people who constantly complain and yell about the characters they deem to be “Mary Sues” would say something about a male character being a better choice. In the reviews above, their justification for not believing in Naru went back to Dutch (Schwarzenegger) and how he was believable, but not Naru.

So the next time you want to say that a character is a Mary Sue while we’re watching her train in the movie, just say instead that you don’t want a woman to be the hero in something. Just speak your sexism outright because hiding behind a definition of a trope you don’t understand is getting aggressively exhausting.