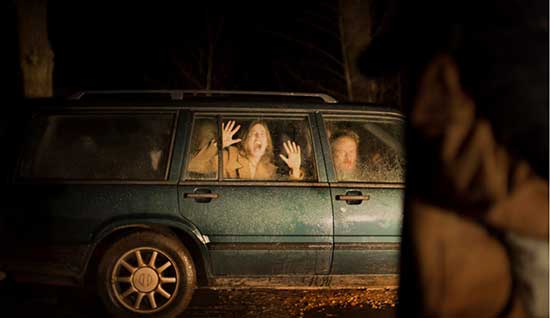 On a vacation in Tuscany, two families – one Danish, one Dutch – meet and become fast friends. Months later, the free-spirited Dutch family extends an invitation to the more conservative Danish one for a holiday weekend getaway at their countryside home. However, it doesn’t take long before things gradually get out of hand as the joy of reunion is replaced with misunderstandings. The Dutch hospitality quickly turns unnerving for the Danes, and they find themselves increasingly caught in a web of their own politeness in the face of eccentric…or is it sinister…behavior.

Christian Tafdrup graduated from The Danish National School of Performing Arts in 2003. As an actor Tafdrup has starred in both feature films and TV. Among other projects, he starred in Susanne Bier’s Academy Award nominated After the Wedding, the BAFTA winning tv-series ‘Borgen’, and the TV-2 series ‘Park Road’. In addition to his acting, Tafdrup has directed three shorts: The Copier (1999), Debutanten (2003) and Awakening (2008), which won the Robert award (Danish Academy Award) for Best Short. His feature film debut as a writer/director Parents (2016) screened at the Tribeca Film Festival, and won a Robert-award for Best Director, a Bodil award (Danish Critics Award) for Best Screenplay, and both a Robert and Bodil for Best Actor. His second feature A Horrible Woman (2017) debuted in Denmark and was selected for multiple festivals. The film received a Bodil as well as a Robert-award for ‘Best Actress’ and a Robert-award for ‘Best Original Screenplay’.

Tafdrup is known for his razor-sharp satirical tone in his films, where he mixes comedy and drama in order to examine interpersonal relationships in our modern western society.