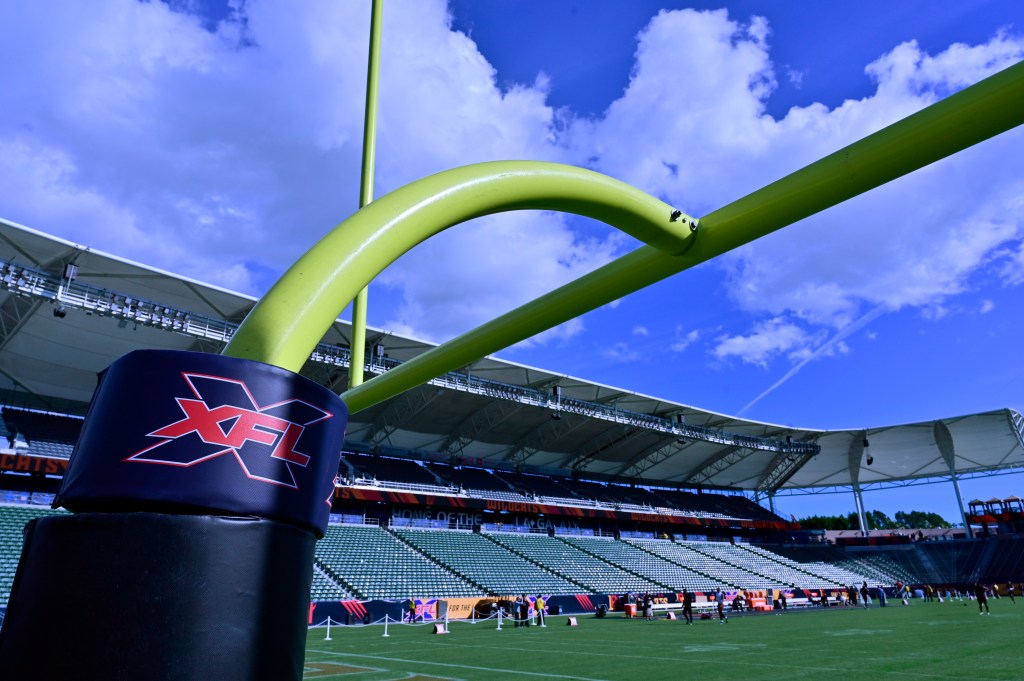 The XFL, the spring pro football league fronted by Dwayne Johnson and Dany Garcia, took a big step toward finalizing its plans Sunday with a press conference that revealed the cities, venues and head coaches for its upcoming 2023 season.

The regular season is set to kick off February 18, 2023 with eight teams. Those include in newly announced cities — Las Vegas, Orlando and San Antonio — which are replacing existing teams in Los Angeles, New York and Tampa, FL. ESPN says those were the three cities with the lowest turnout in 2020, the league’s most recent season, which was halted midway through because of the Covid pandemic.

Two other XFL teams on the 2023 slate reside in Texas (Arlington and Houston), with other franchises in Seattle, St. Louis and Washington, D.C.

All 43 XFL games will air on Disney platforms in a carriage deal announced in May by Garcia, the league’s chairwoman and owner, and her movie and TV producing partner Johnson, after the duo with RedBird Capitol Partners acquired the league for $15 million from Vince McMahon in 2020 after it had started bankruptcy proceedings.

McMahon originally bankrolled the return of the league, which he resurrected after a 20-year absence. It had played just one season previously, in 2001, as joint venture between McMahon’s WWF (now the WWE) and NBC.

This year’s games will air on Disney platforms ABC, ESPN and FX.

“We’ve had a clear vision for the XFL – the values to instill, the diversity of our leaders, the innovation of the game and how we want to deeply engage with our communities so they can help bring this vision to life. Today, our league takes another step closer to 2023 kickoff as we officially announce where our teams will play,” Garcia said today during a press conference livestreamed on the XFL’s YouTube channel. “What brings a league to life is the passion of the fandom behind it. In each of these cities we will co-create with our fans and build these teams from the ground up so that they represent the unique fabric of our communities. We welcome all football fans to join us as we get ready for kickoff in February.”

Said Johnson, who was coming off his appearance at Warner Bros’ Black Adam panel at Comic-Con in San Diego, added: “I’m psyched to reveal the cities that our players will have the chance to represent and compete in. This is another massive moment for the XFL, and I’m ready to feel the electricity our dedicated fans will bring to these iconic venues.

“There is great energy building within our league and there is still much more to come… and I can promise it’s going to be worth the wait. We have been working on fresh, new logos and uniforms – even working with some of the team names you already know – that will match the dynamic and innovative vision of our league. We see you, we hear you and your excitement fuels us to continue to bring you the absolute best. We have just under seven months until kickoff and the countdown is officially on.”

Here’s the league’s town hall today where they rolled out the news:

The retinol rulebook: it’s the one ingredient that can transform your skin so here’s your simple guide to finding the right one
Paul Mescal and Emily Watson on Building and Breaking a Mother-Son Bond in God’s Creatures
BBC Takes On Competition With Major Factual Slate Including Louis Theroux, Simon Schama, Virgil Abloh, Dinosaur Graveyard Shows & Season Three Of ‘Race Across The World’
What to Watch: Chucky, Grey’s Anatomy, The Mole
Khloé Kardashian Rejected Tristan Thompson’s Secret Marriage Proposal