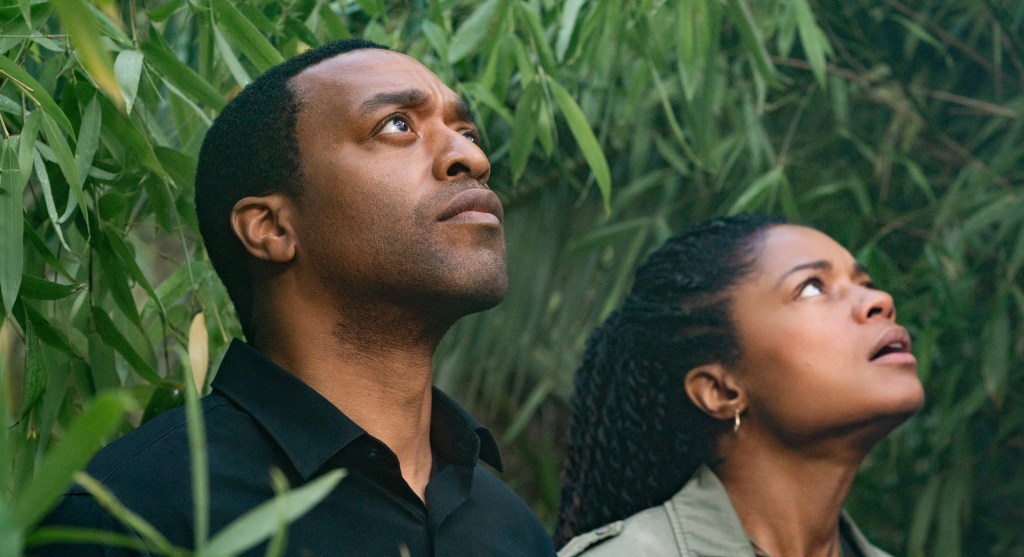 EXCLUSIVE: It’s all coming down to “The Man Who Sold The World” on The Man Who Fell To Earth.

Named after David Bowie’s 1970 song, the season finale of the Chiwetel Ejiofor and Naomie Harris-led sci-fi drama promises secrets are revealed and decisions have to be made. As you can see in the exclusive clip from the July 3 airing and Olatunde Osunsanmi-directed episode of the Showtime series, such inflection points don’t exactly engender either serenity or trust between Ejiofor’s alien Faraway and Harris’ Justin Falls.

And, of course, lurking not too far away is Bill Nighy’s Thomas Jerome Newton – the character played by the Thin White Duke himself in the 1976 film helmed by Nicolas Roeg. No spoiler to say, at this point, that MWFTE the TV series is a clear sequel to the cult classic film.

The 10th episode in the first season of the as yet not renewed MWFTE, the season finale is penned by series creators Jenny Lumet and Alex Kurtzman, along with fellow executive producer John Hlavin.