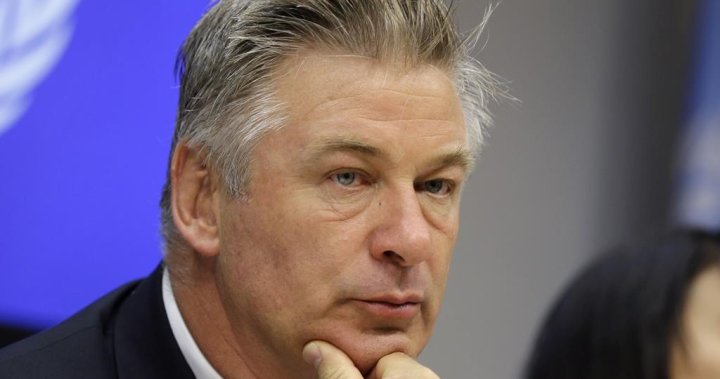 Alec Baldwin is being sued by the widow and sisters of a U.S. Marine killed in Afghanistan.

The women are suing the actor after he claimed on Instagram that one of the sisters was an “insurrectionist” for attending the Capitol riot in Washington, D.C., on Jan. 6 last year.

According to court documents obtained by People, the family is asking for a jury trial and is seeking $25 million plus legal fees for the invasion of privacy, defamation, negligence, and infliction of emotional distress. (All dollars are U.S.)

West Virginia reporter gets hit by SUV on-air, rebounds to finish the shot

Last year, Baldwin donated $5,000 to Roice McCollum after her brother, Rylee McCollum, was among 13 U.S. soldiers killed in a suicide bombing on Aug. 26 at the Kabul airport. Roice was raising money for her brother’s widow and unborn daughter, CNN reports.

However, according to the lawsuit, Baldwin sent an Instagram message to Roice on Jan. 3, 2022, after she posted an almost year-old photo from the Washington riots. He asked if Roice was the same woman who’d accepted his money. Roice told the actor she did attend the rally, but said that she was there legally and that her protesting was peaceful.

“When I sent the $ for your late brother, out of real respect for his service to this country, I didn’t know you were a January 6th rioter,” Baldwin said, according to the suit.

Roice responded to Baldwin: “Protesting is perfectly legal in the country and I’ve already had my sit down with the FBI. Thanks, have a nice day!” The lawsuit notes that she was never detained, arrested, charged or convicted of any crime associated with her attendance at the event.

Baldwin was not satisfied with her explanation, and replied: “I don’t think so. Your activities resulted in the unlawful destruction of government property, the death of a law enforcement officer, an assault on the certification of the presidential election. I reposted your photo. Good luck.”

According to The Associated Press, Baldwin went on to share Roice’s post to his own Instagram feed, which resulted in “hundreds upon hundreds of hateful messages,” says the lawsuit, including one telling her to “get raped and die.”

It appears both Roice and Baldwin have deleted the post in question, although Roice has shared other photos taken at the Washington event.

The lawsuit says Baldwin didn’t do anything to remedy the situation, however. And by sharing the photo, he “lit the match and blew on the fire,” resulting in the hateful messages and death threats not only against Roice McCollum but also against Rylee McCollum’s other sister, Cheyenne McCollum, and widow, Jiennah McCollum, the claim says.

This is the latest lawsuit filed against Baldwin. He is also being sued by two members of the Rust crew in separate lawsuits, in the wake of an accidental, deadly shooting on the movie set last October.

A gun he was rehearsing with went off, killing cinematographer Halyna Hutchins and wounding director Joel Souza.

— With a file from The Associated Press

Olivia Colman & Jessie Buckley Set To Reunite On ‘Wicked Little Letters’ For Studiocanal, ‘Three Billboards’ Outfit Blueprint & South Of The River Pictures — Cannes Market Hot Project
Taylor Hawkins Expressed Discomfort About Foo Fighters’ Tour Schedule Before He Died, Friends Claim
Britney Spears Posts Comforting Throwback to Mexico Vacation After Tragic Miscarriage
“I Either Wanted It, or I Wanted That Guy to Pay”: Inside the Wild West Auction for The Sugar Shack
Dove Cameron Pours Her Heart Out in Thought-Provoking Essay on Identity Struggles