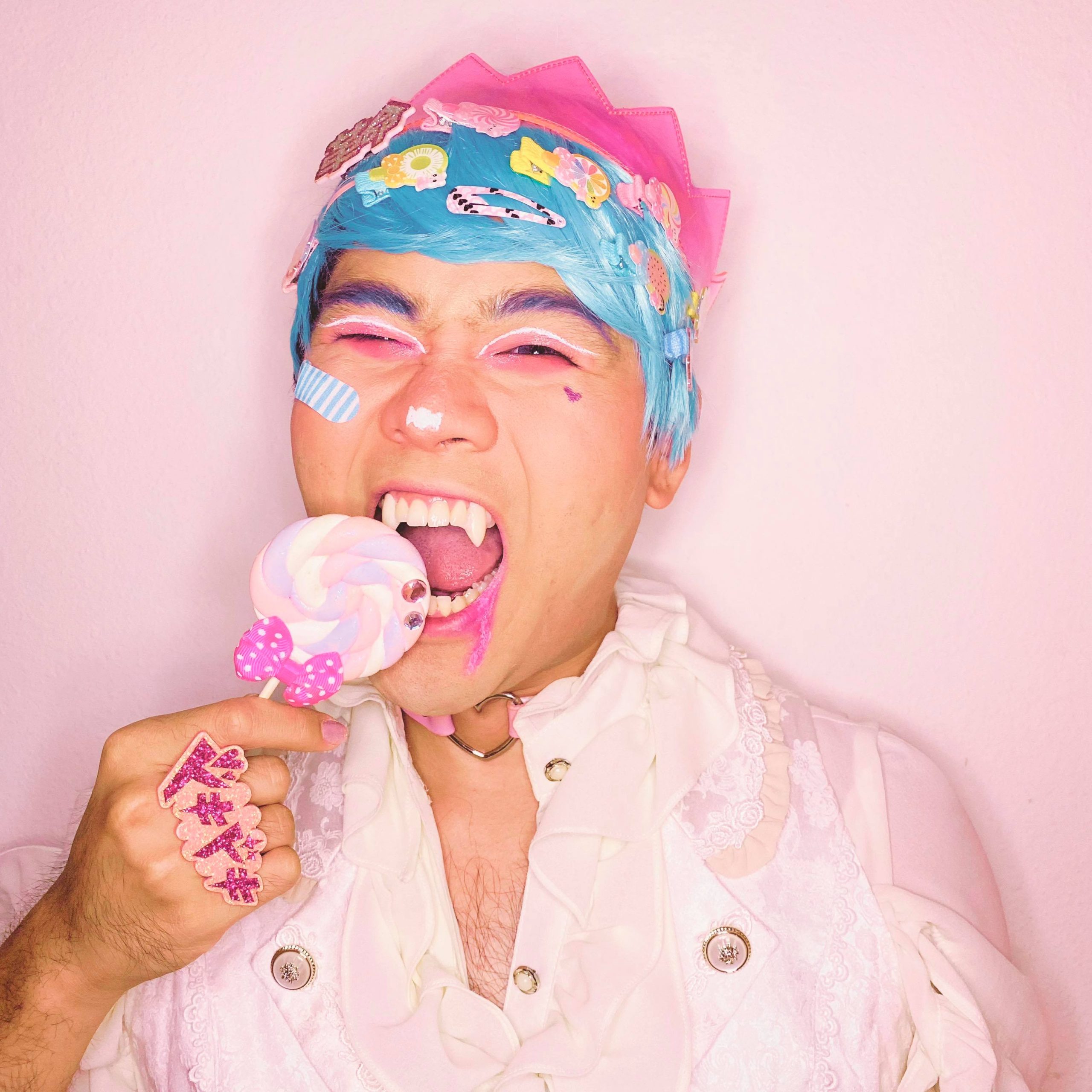 Hi sora, thanks for sitting down with us today. Let’s start off by chatting about your new single! Tell us about ‘Sugar Pop.’

Heyhey! Thank you so much for having me! So Sugar Pop is my 5th single from my latest project, VOL.24, which isn’t an album but a single-a-month project that I started this past June. Sugar Pop is my Halloween offering, but rather than going in a traditionally spooky or creepy direction, I wanted to share something that was more upbeat and super sweet, like candy. I got the inspiration for the song after one of my friends opened up a conversation with “Hey sugar pop, how are you today?”, and it left me feeling giddy inside. Hopefully the song makes you feel just as happy as I did then!

How is it different from other songs you’ve put out?

My heart has always been with pop music, of all genres, but for some reason when I started my music adventure my music leaned towards a more emotional singer-songwriter style. Something about singing your feelings out, am I right? But I always wanted to have truly unabashed pop music in my arsenal. Sugar Pop has a lot of Asian pop influences, Japanese and Korean music specifically being influential as well as drawing from Japanese street fashion and kawaii culture to further enhance the aesthetic of the release. True to its name, it has that perfect bubblegum pop vibe going for it. It’s also probably one of the faster if not the fastest songs I’ve released haha.

Do you tend to try and tell one cohesive story across an album, or do you lean towards independent songs?

For the most part, I tend to lean towards a cohesive story. Even if it’s not all specifically connected, I try to weave some sort of connection between the songs. Even though VOL.24 isn’t a traditional album but separate singles releasing, my approach for each single is still making sure that they fit the overall concept of the project, as well as within themselves. I always knew that ‘Dance Single’ would be the kickoff single, ‘So Long As I Got You’ is too perfect not to release during the summertime, while ‘Over’ is a great followup as it still has a summery vibe but is more of a cooldown moment. So on and so forth. Even with ‘Ida -interlude-‘, that was a spur of the moment release due to the hurricane that hit us this year, replacing the original September release but still being very fitting with everything going on. I actually have VOL.24 planned out through next June, give or take a few months that need songs placed in, and I can’t wait to show y’all the other tracks we’ve been working hard on.

What’s the scariest part of releasing music for you?

The perfection. I know it sounds a little weird saying that’s the ‘scariest’ part, since I know most of it is a personal in-my-head deal, but it still affects me haha. I released my first full-length album, PARAMOUNT, in June of 2019, and it took me until this year to finally push myself and put more music out, because I was too focused on making sure everything was perfect before I even considered letting anyone witness it. On top of that, there’s that lingering fear of what if no one cares? What if this is all for nothing? Scratch that, let me go with my standard biggest fear answer: it’s the uncertainty. Sometimes Those Voices In My Head will sneak in and try to convince me that I’m wasting my time or that this won’t lead to anything. But I keep fighting through it, because honestly I feel it deep in my soul that this is what I’m here for.

Do you structure or schedule your songwriting or is it more spur of the moment?

It’s usually a mix of both. A lot of times it’s spur of the moment; a catchy melody will come to mind or an interesting lyric, and I immediately jot it down. But I also end up letting that idea “incubate” and sit, unless I’m feeling particularly inspired and work through it all. Sometimes if I think it’s been a while since I’ve touched on a song, I’ll spend some time looking it over and seeing what all needs to be done with it. I also work very closely with the producers and other creatives who help out for a song, so if I have someone else helping me mix a track, I’ll try to schedule some time to call them or I’ll give notes in between versions. (Shoutout to the amazing peeps that I’ve worked with on these last releases. Sam Morel, Jom Donato, Benny Haploid, Elliot Lakefield, Rusty, and Nadia Dar. Love all y’all!!)

Do you have a favorite lyric or verse for your new album?

Oooh, that’s a good question. I really like the imagery in these lyrics from ‘So Long As I Got You’: “And when you hold me in your arms, my heart goes soft / The TV flickers in the back while my mind goes numb.” It always takes me back to the time when I was with the guy I was seeing, on the couch cuddled up, and these feelings all rushed in at once. Ah, memories…

I also had a lot of fun with ‘Sugar Pop’ and incorporating my Asian heritage and influences, throwing in some Japanese, Chinese, and Korean into the lyrics: “チョコレイト Bon Bon / 我喜歡你 a ton ton / 미치겠어 baby / Yeah, you drive me crazy!” (Translation: Chocolate Bon Bon, I like you a ton ton, I’m going crazy / Yeah, you drive me crazy!) It’s a small moment in the song, but it really adds that extra flavor.

Thanks for chatting today sora! Where can we find your music online?

‘Sugar Pop’ as well as the rest of the VOL.24 releases are now streaming on all major platforms, including Spotify, Apple Music, TIDAL, and many more. You can also check out the music videos on YouTube! My social media handle (Facebook/Twitter/Instagram/TikTok) is @soracalling, so feel free to stop by and keep me company anytime. Thanks again, and don’t forget to stay sweet!

Oscar Voting Starts Now! Academy Members, You Have Five And A Half Days And Counting
Penny Lancaster’s devastating split from husband Rod Stewart before marriage
Wissam Al Mana: 5 Things To Know About Janet Jackson’s Ex-Husband
Emmerdale: What’s next as Meena reveals she’s returning to the village for a huge surprise?
Billy Eichner Romantic Comedy ‘Bros’ Moves To Fall After ‘Mission: Impossible 7’ Re-Assignment To 2023