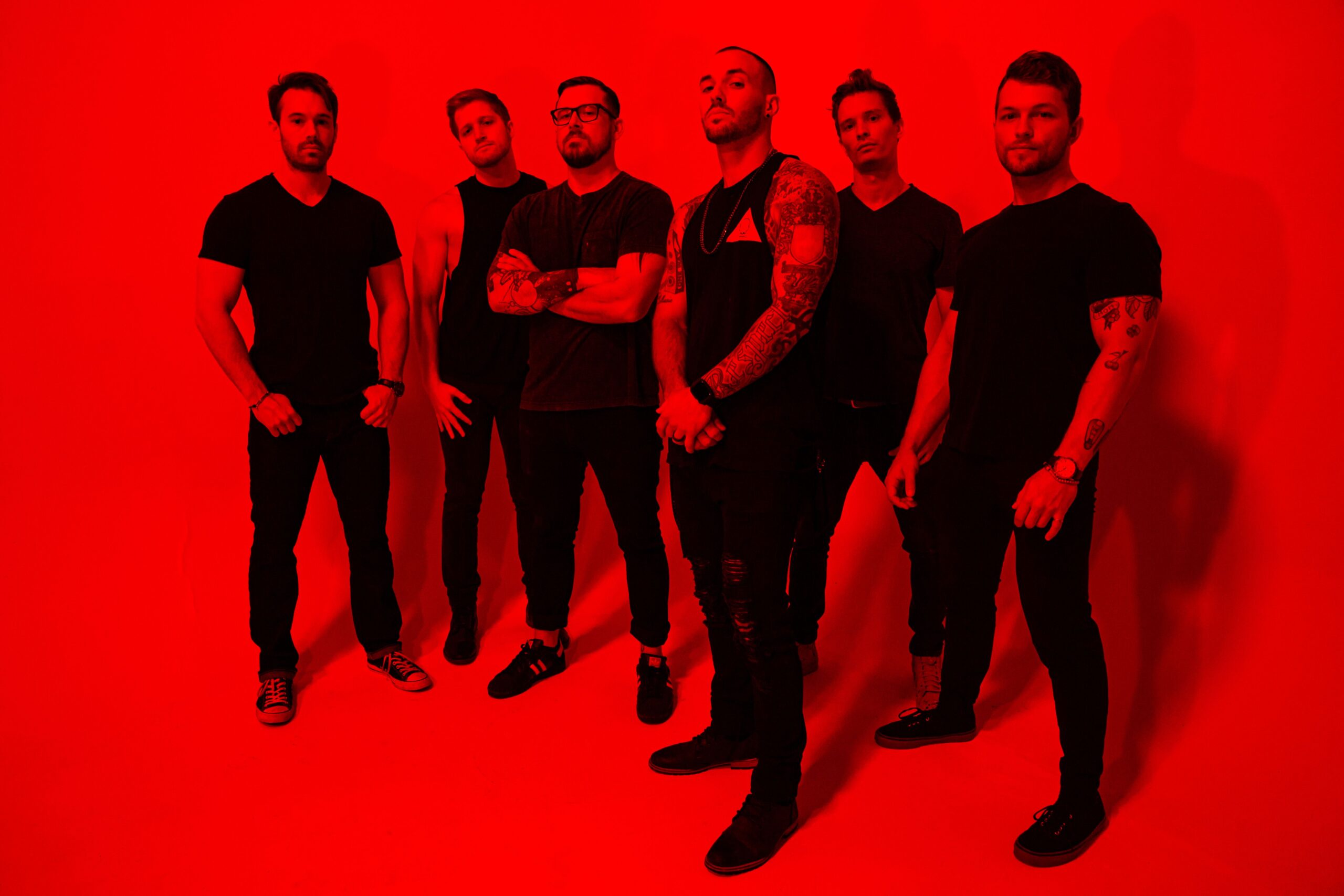 Super stoked to welcome you Static Headz! Tell us a little bit more about your band and how you got on this road of pursuing music.

Our two vocalists, Kevin Greer and Zach Noonan, have known each other since 2011. They met at a show they played together, as separate hip-hop artists, and became friends. Later on, they started co-writing some tracks, and eventually landed together in the same band they helped co-found, which is our group Static Headz. Our drummer, Matt Crook, and our guitarist, Cody Lafever, went to college together at Belmont University in 2010. They played music here and there in the dorm they shared, but then eventually helped co-found Static Headz alongside Kevin and Zach. Cody and Zach first met in 2014, and played music together before Static Headz was created. The band was created due to every member wanting to create a style of hip-hop infused metal that we feel has never been done before. Here recently in 2021, we have added another guitarist, Jacob Kline, after discovering him online and has been a fantastic addition. We just released our debut record, ‘Static Headz’, and we are super excited to start playing shows again.

One thing that I’m always interested in, when I sit down and chat with artists or bands, is when or what their defining moment was that they knew that they wanted to be in music… What was that moment in time for you?

We’ve all played since we were kids, and all we’ve wanted to do was tour and play our music for anyone who would listen. As a band, when we got our first mix back of our single ‘Fake Face’, we all were really happy with how it turned out and all thought this could go somewhere. I suppose you could say that was a pretty big moment for us.

How involved in the single were you all? Do you write all your songs and do you mix and master yourself or do you have an engineer or a producer that works with you?

We all are equally involved in each track we put out. We write all of our own material, with Kevin and Cody being the two main songwriters. One of those two usually brings the basic structure of a song to the table, and then everyone else throws their two cents in. As far as recording, mixing, and mastering, we worked with a producer in town by the name of Colt Capperrune who knocked it out of the park for our debut record.

I am personally on a mission to get good music heard by everyone. What is one thing that bothers you the most about trying to come up in the music world today and, do you prefer being underground or, is the mainstream something you strive for?

The biggest struggle for us and I’m assuming the majority of new artists, is it takes A LOT of money to put out a product that is gonna be notable and worth listening to in a market where 40,000 songs a day are uploaded to Spotify. Whether it be the recording process, the marketing, the promotion of, or the gear for playing live, there is no way around it being expensive in order to be successful in music. We have been underground since we first started playing music, so it would be nice to catch some sort of a record deal with a label in order to alleviate some pressure of having to do everything ourselves.

One question that I like to ask artists is, how did Covid affect your music in particular and the music scene in your area?

Our process for recording our record seemed like it was never going to end. We had to switch producers in the middle of the recording process and basically start over from square one before Covid hit, so we already were extremely frustrated with how things were going for us. Then the pandemic happened and just threw a wrench in life itself. It definitely slowed things down a great deal, however we stuck with working hard and eventually got everything wrapped up. We are really happy with how our record turned out.

I grew up in the 90’s, I listened to everyone from Dr. Dre, to Weezer, to Pink Floyd, Metallica, Cypress Hill and back again. I truly believe that the 90’s were one of the greatest era’s for original music. Which era of music is one of your favorites?

With each era of music being great for different reasons, one of the biggest timestamps for us is the 2000’s era. From Linkin Park, to Limp Bizkit, to Ludacris, to As I Lay Dying, to Atreyu, to August Burns Red, to T.I., to Outkast, and absolutely everything in between. Our influences are all over the place, and I think this era reflects that for all of us.

Thank you for taking the time to chat with us today Static Headz. Tell us where to find the new album and what we can expect in the future from you all!

You can find our self-titled debut album ‘Static Headz’ on any streaming platform, and hopefully you can expect us somewhere close enough to come rock out at a show with us!

Ferris Bueller Star Edie McClurg Reportedly The Victim Of An Elder Abuse Scheme
Are Amy Pond and Rory Williams Coming Back for the ‘Doctor Who’ 60th Anniversary Special?
Does Leyla die in Emmerdale and will Liam really leave her after overdose horror?
Amanda Seyfried wishes she’d had an intimacy coordinator for her nude scenes at 19
Mohamed Diab and Oscar Isaac Drop TikTok Hint: Will There Be a ‘Moon Knight’ Season 2?