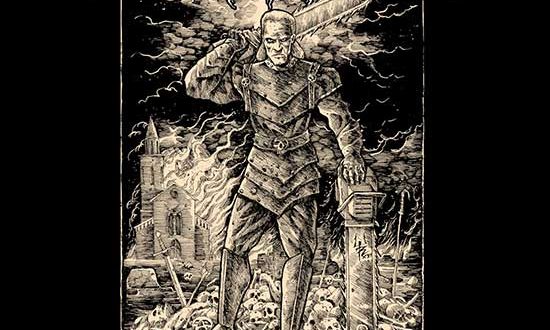 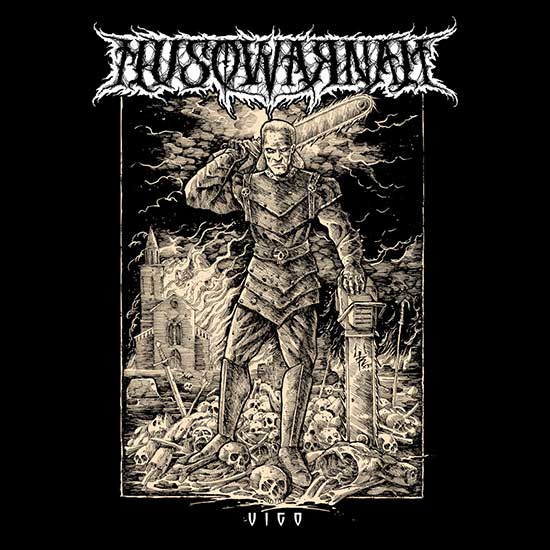 Italian death metallers HUSQWARNAH are pleased to announce their upcoming debut album “Front Toward Enemy“, due out December 3rd 2021 via Fuel Records (LP) and Reborn Through Tapes (MC).

The album’s first single, “Vigo”, is premiering today at THIS LOCATION. Scroll down to check out the single’s artwork, courtesy of renowned Italian artist Roberto Toderico (SODOM, ASPHYX, SINISTER).

Heavily inspired by 90’s death metal, HUSQWARNAH is a relentless assault of old school death metal in the vein of Asphyx, Bolt Thrower and Benediction. Formed in the outskirts of Milan, northern Italy, this vicious five-piece style is straight to the point and unapologetic, soaked in warlike aesthetic, while maintaining the emphasis on catchy songwriting and song-oriented composition.

After a number of local gigs supporting acts such as Asphyx and Hideous Divinity, HUSQWARNAH are now ready to bust through their first album, “Front Toward Enemy”. No quarter given and no compromises made, except for an intriguing cover of RUSH’s “Dreamline”, featuring DARK TRANQUILLITY’s Mikael Stanne on vocals.

The band’s songs are impeccably structured, with there being excellent contrasting passages, be it melodic flashes or slower hooks, flurry of leads, all of which work well against the backdrop of deep, guttural growls and crunchy death metal riffing.