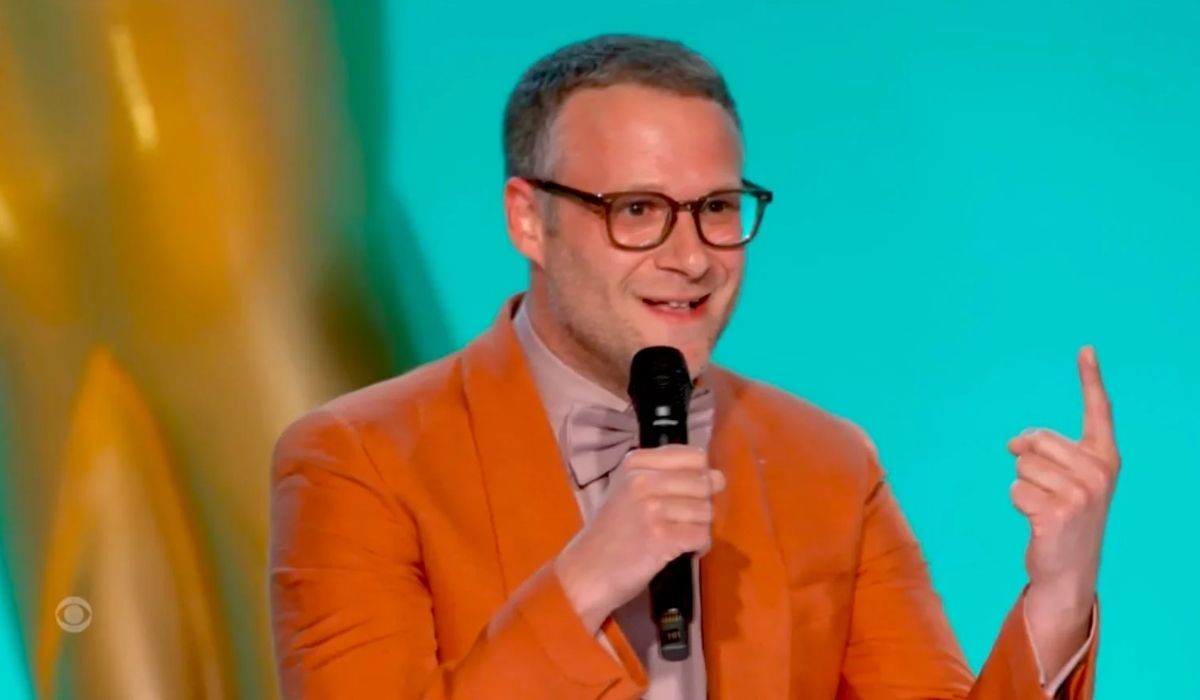 Where the eventful 2020 Emmys were socially distanced in intimate gatherings through zoom, the 2021 Emmys decided to party like it’s 2019 and not a year and a half into a pandemic.

The first presenter of the night, Seth Rogen, kicked off the event with the question many viewers including myself had.

Why is this large gathering indoors and unmasked?!

me: why are the emmys in such a small room without masks and no ventilation during a pandemic

seth rogen: why are we in such a small room without masks and no ventilation during a pandemic

Less than ten minutes in and Seth Rogen is the first to address the elephant in the room, saying there’s FAR too many maskless people indoors at the #Emmys. He says they were told this would be outdoors, but it’s not, and that he wouldn’t have come had he known that.

Seth Rogen when he showed up to the emmys and found out it’s indoors #Emmys2021 pic.twitter.com/NuXo00IkKj

The executive producer for The Boys stated, “Let me start by saying there’s way too many of us in this little room. What are we doing? They said this was outdoors — it’s not! They lied to us.”

He continued, “We’re in a hermetically sealed tent right now. I would not have come to this. Why is there a roof?”

Later, the host of the night, Cedric the Entertainer, appeared to remind everyone that (like The Met Gala), everyone there is vaxxed, himself included. He even went on to stress that he experienced no side effects similar to Nicki Minaj’s cousin’s friend (supposedly). Because there were several jokes about the vaccine requirement just in the first half alone, it is unclear if this was on script or a reaction. As a seasoned comedy writer, this could have been on the fly.

Requiring vaccines for entry is good and all, but with the Delta variant and others mutations of COVID-19 ravaging through the United States, this is a bad look. Experts have stressed that though the vaccine is vital for getting through the pandemic until our numbers are up, we need to be masked indoors where ever possible. I would’ve love to see mask-matching outfits as long as function took precedence over form.

It is very disappointing to see some of my favorite creatives on TV further fuel critics’ out-of-touch narrative. The organizers obviously understand the importance of masks because the technical staff you seen in the background are masked up. Just not the celebrities and writers?

The Emmys are not a charity event for a struggling sect of the arts (like The Met Gala) or anything one could try and make excuses for. This is an award show that could’ve taken place online like last year.

They had more time to prepare, too.