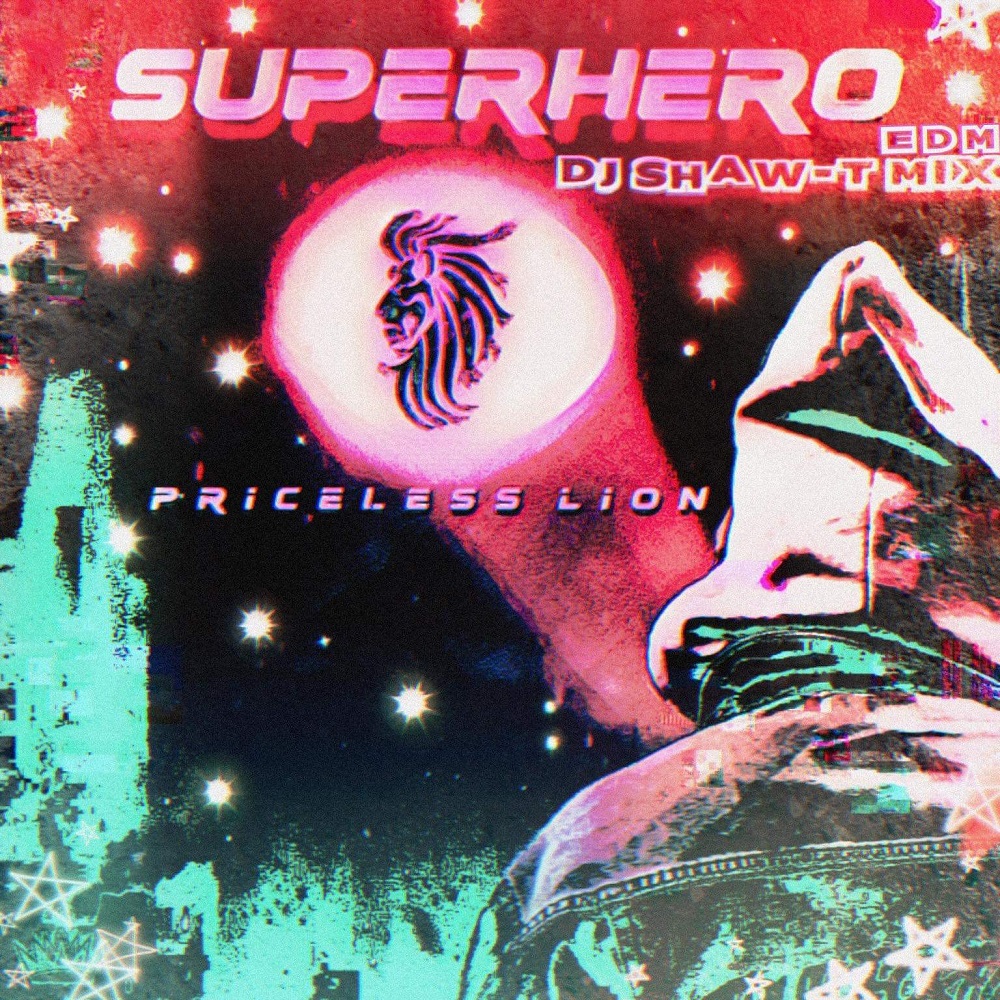 Big harmonies can occasionally serve as the exclusive backbone of a smart pop single, and in the new track “Superhero – EDM Remix” from Priceless Lion, they’re second only to the song’s lyricism in terms of expressiveness. Although there’s a sonic depth to be considered in the instrumentation, this is a single that features so much of a vocal-centric structure that it’s a little surprising just how groove-oriented it feels by the time we get into its second half. There’s no getting around the duality of this piece, and I think it’s going to get a lot of people into Priceless Lion this summer.

EDM doesn’t usually have the kind of definition we discover in a song like “Superhero,” but thanks to the handiwork of Priceless Lion’s collaborator DJ Shaw-T in this performance, intricacies are never lost in translation – they’re the star of the show. There’s a textural intensity to the synthetic melodies in this mix that had my attention from the moment I pressed the play button forward, and although it’s more prominent here than it is in the standard version of the song, I don’t get the impression this remix was meant to be a simple redressing of the original.

These vocals are hard to top in terms of brashness, and I like that they’re fully integrated with the fabric of the instrumentation rather than running side by side with the bassline. There’s been a lot of split-mix style recordings coming down the pipes in hip-hop and pop lately, but this hybrid piece doesn’t try to circumvent the pitfalls of a surreal dialogue with overly complicated construction. Streamlining works if you’ve got the talent to support something simple, and this is a case where both collaborating parties have something to gain by demonstrating their versatility and efficiency as players.

The hook in this track is formidable but not so entrancing as to take anything away from the beat, which provides the most stability of any instrumental part in the song. “Superhero – EDM Remix” had the potential to sound a little busy given all of its working parts and intersecting beats, but because it’s ultimately working off of a pop compositional format, it doesn’t ever come across as cluttered or lacking shape here. Priceless Lion knows what he’s doing behind the board, and that’s a little hard to debate when looking at what he’s done here.

“Superhero – EDM Remix” is one of the better, more well-rounded pop remixes I’ve had the chance to listen to this season, and I think it’s going to leave both serious fans of this player and newcomers to his style interested in what’s about to come out of his camp next. The chemistry between him and DJ Shaw-T works wonders on what was already a pretty solid premise in this performance, and if we’re lucky, this will not be the last occasion on which they’re sharing the recording studio and hammering out something special together. If I have my way, they’ll be reunited a lot sooner than later.