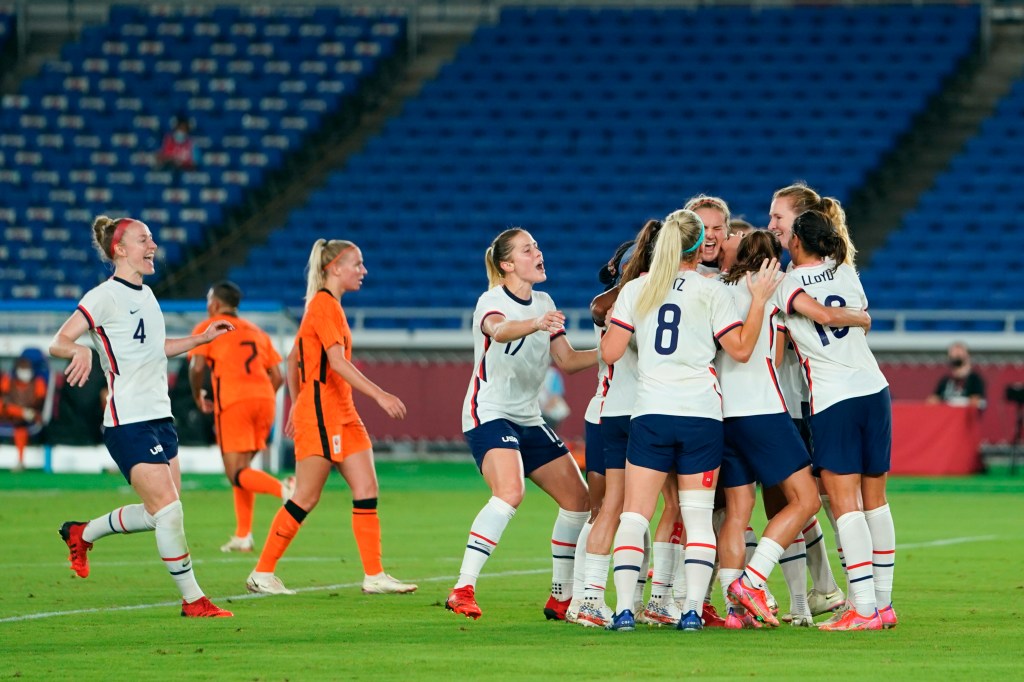 The U.S. Women’s National Soccer Team is still alive in the Tokyo Olympics after a nervy penalty shootout victory over the Netherlands.

The game finished 2-2 after the completion of an action-packed 90 minutes and extra-time. The Netherlands took the lead in the 18th minute via star player Miedema, before the U.S. hit back with two quick-fire goals in the 28th (Mewis) and 30th (Williams) minutes.

Miedema scored again to equalize in the 55th minute before Martens served the U.S. a lifeline by missing a penalty in the 81st minute. The U.S. also had two disallowed goals in extra-time in the rollercoaster match.

Next up for the USWNT will be Canada, who also progressed on penalties against Brazil earlier today.