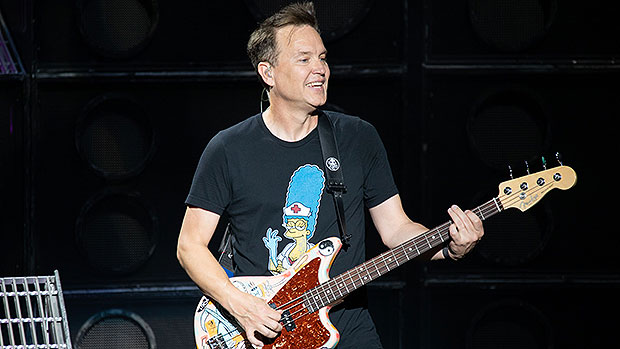 The musician revealed that he’s been undergoing chemotherapy for the last few months.

Blink-182 bassist and vocalist Mark Hoppus revealed that he has cancer. The musician, 49, shared on social media on June 23 that he has been undergoing chemotherapy for the past three months. While he still has months of treatment ahead of him, Mark wrote that he is “trying to remain hopeful and positive.”

“I have cancer,” Mark wrote in the posts. “It sucks and I’m scared, and at the same time I’m blessed with incredible doctors and family and friends to get me through this.” He added, “I still have months of treatment ahead of me but I’m trying to remain hopeful and positive. Can’t wait to be cancer free and see you all at a concert in the near future.”

The musician concluded, “Love to you all.” The confirmation comes after Mark shared a now-deleted Instagram Story that alluded to the diagnosis in the early hours of Wednesday. In a screenshot captured by TMZ, Mark can be seen in what appeared to be a hospital room with some medical items. He captioned the Story, “Yes hello. One cancer treatment, please.”

Mark has remained mum about his diagnosis on social media within the last three months. The musician even paid homage to Blink-182’s fourth studio album, Take Off Your Pants and Jacket, on June 12 for its 20th anniversary. “Hell yes. 20 years ago today Take Off Your Pants and Jacket came out,” he captioned an Instagram post. “After the overwhelming and unexpected success of Enema of the State we wanted to write a darker, harder album that pushed the boundaries of what blink-182 could do. I love this record.”

Blink-182 was formed in 1992, and Mark remains the last original member of the rock group. The band was originally formed by Mark, Tom DeLonge, and Scott Raynor. Currently, the group is made up of Mark, Travis Barker, and Matt Skiba. Along with Blink-182, Mark also makes up one half of the pop rock duo Simple Creatures with All Time Low musician Alex Gaskarth.