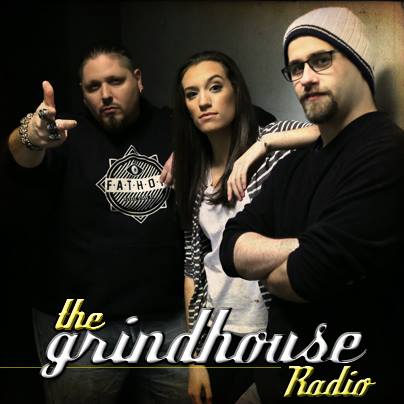 Albeit GHR is internationally syndicated – the show and its cast also have a tremendous local appeal with between 620k –650k listeners respectively in the Long Island, New York market where they reside. They were nominated and voted the 2017, 2018, 2019 & 2020 Best Radio Station on Long Island over all the leading competition including terrestrial radio for four consecutive years. In 2019 GHR was nominated and voted winners in three categories… Best Radio Station on Long Island, as well as GHR’s Brimstone winning Best Twitter account from Long Island and Best Long Island Personality over Billy Joel, Jerry Seinfeld and Alec Baldwin for the 2nd consecutive year. It should also be noted that GHR’s Kim Adragna was nominated for the Personality Award. Furthermore, GHR was announced as a 2018 SCORE American Small Business Awards Champion and National Grand Champion – prompting a Certificate of Recognition from NY Mayor DeBlasio. The Grindhouse Radio was awarded the 2020 New York State Senate Empire Business Award in recognition of their repeated contributions to the community and New York State followed by a 2021 Platinum Communitas Award for Excellence in Corporate Responsibility | Making a Difference and Brimstone awarded for Excellence in Community Service | Leadership in Individual Community Service.

In 2021, GHR was awarded a Gold AVA Digital Award for Audio Production / Radio Podcast and a Gold Award of Excellence | Individual Episodes, Entertainment Podcast for the 27th Annual Communicator Awards. On social media, GHR branded GIFs have been used over 900 million times via their official Giphy account. Notably, Adragna has been named a recipient of the Long Island Business News’, 30 Under 30 Award 2019 and Grindhouse Radio was a major topic of discussion at the European Planetary Science Congress 2018 – officially making them a citable source for scientific and collegiate papers.

GHR is essentially a show that is designed to appeal to everyone, from a group of not-so “normal” people. Carefully crafted into a TWO HOUR talk radio show, the Grindhouse cast offers listeners their weekly pop culture fix of current news & events, comics, music, gadgets, gaming, sports and movies seamlessly blended in to a precise format. A no holds barred, madhouse of mythological proportions, GHR aims to be the public’s weekly fix for pop-culture, nerdisms and all around oddball topics that relate to media and celebrity.

About Kim Adragna:
Kim Adragna is an actress, model, voice-over actor, writer, producer, and brand influencer. Visit her landing page on the GHR Website at https://www.thegrindhouseradio.com/kim-adragna for full Bio.

The Grindhouse Radio is your next favorite podcast, you just don’t know it yet. As someone who recently started their own podcast, it’s tough. You want to remain consistently engaging and have this feeling of forwarding momentum. It’s a conversation we’re invited into, and as we all know, some conversations are better left unheard for a variety of reasons. Since 2015, Brimstone, Kim Adragna, and Tom Greer have boiled this showdown to a science. In a tight two hours that just fly by (for better or worse), you’re thrown into the perfect pop culture cocktail stream of thoughts.

On my first listen, I was a little disoriented by the way the group can so effortlessly ricochet, but luckily it doesn’t devolve into late game fan service with in-jokes and catchphrases, though I suspect if listening to every episode of which there are many, you could find some. While certainly amping their presence for the show, the trio is an entertaining blend. Brimstone has a truly larger-than-life bombast in his voice, something that might make him something of a de facto leader, think of a blend of all the Ninja turtles in one person, but with none of the faults. This could come from his pro-wrestling background which if you know a thing or two about, you know so much is about winning the crowd. Kim Adragna for all accounts could have just been “the girl”, you know the kind of shoehorned in perspective just to balance the stronger male presence.

The Smurfette rule, if you will. Luckily, she is beaming with wit and sometimes more personality than her co-hosts if only because of how richly passionate she is, she holds her own incredibly well. In a lot of ways for me, Tom Greer is kind of the MVP. He’s a bit more grounded and pragmatic of the group, probably because with his background as a producer and brand influencer, he knows how to maintain a certain level of composure, without betraying the sense of humor that’s all over the podcast. I can’t say that every episode I listened to was for me, but that’s the beauty of podcasts. You have tons to choose from! There’s a variety of guests that they have, and an aspect I love is that the trio treats their guests with the utmost respect, treating them as if they’re one of their own instead of propping them on a pedal stool or turning them into the butt of jokes. It’s like being a part of the coolest club. There’s a reason why GHR has garnered a passionate following, which has, in turn, brought the group a fun variety of sponsors that never really interrupts the show, outside of when it’s a needed highlight to pay the bills. Hey, ads are inescapable, but they make it quick and painless which I cannot stress enough, is so welcome.

This year the group was awarded the Gold AVA Digital Award for Radio Podcast, and it’s a no-brainer why. You can find them on all major music streaming platforms, and with the summer coming up and more free time had, they’re a great group to get lost in.