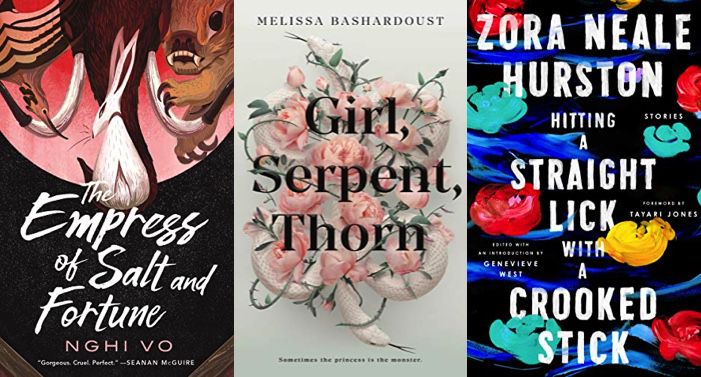 Somewhere Only We Know by Maurene Goo for $2.99

Still Lives by Maria Hummel for $1.99

Chicano Eats by Esteban Castillo for $1.99

The Lies of Locke Lamora by Scott Lynch for $3.99

Recipe for Persuasion by Sonali Dev for $1.99

The Complete Stories by Flannery O’Connor for $3.99

The Night Tiger by Yangsze Choo for $2.99

Full Disclosure by Camryn Garrett for $1.99

The Poison Thread by Laura Purcell for $4.99

The Order of the Pure Moon Reflected in Water by Zen Cho for $2.99

Monster She Wrote by Lisa Kröger and Melanie R. Anderson for $2.99

Jared Kushner Is Writing “the Definitive” Book About the Trump Administration, i.e. Fiction
We’re Livin’ on a Prayer That Millie Bobby Brown Might Be Dating Jon Bon Jovi’s Son
Too Hot To Handle season 2: The absolutely bonkers dating show from lockdown 1.0 is back this week (!) – here’s what we know
Cut Your Hair Styling Time In Half With This $20 One-Step Dryer & Brush
Kate Hudson Hits The Beach In String Bikini With Mom Goldie Hawn On Family Vacation: See Pic