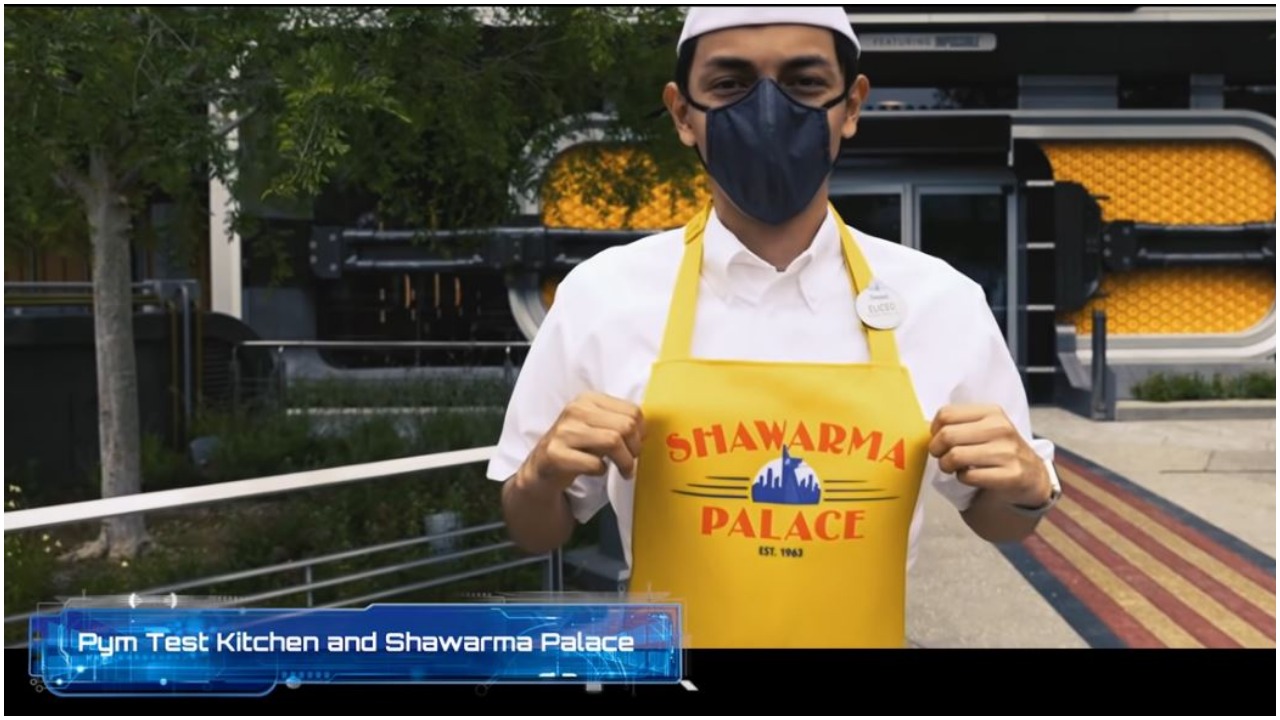 There’s so many places we want to go to when once we get all vaxxed up, but pretty high on the list is Disneyland’s new Avengers Campus. The attraction will open at Disney’s California Adventure on June 4 with several rides and restaurants inspired by the Marvel cinematic universe. Disney Parks just dropped a new preview of the campus which highlights the cast member costumes.

Cast members, aka Disneyland employees, model several different uniforms for each section of the park. Doctor Strange’s Ancient Sanctum has cast members dressed in robes inspired by the film. Employees at the Pym Test Kitchens are clad in lab coats, while Shawarma Palace servers rock the bold yellow aprons. The WEB Supplies cast members sport Spider-Man’s red and blue while the Terran Treats and Guardians of the Galaxy cast rock purple and yellow uniforms. And the cast at Avengers Headquarters are wearing black, white, and blue costumes.

The immersive park experience will include visitors being referred to as “recruits”, as well as immersive rides using state of the art technology, like WEB SLINGERS: A Spider-Man Adventure. Fans will be able to get photo ops with their favorite Avengers, train with the Dora Milaje, and more. What more can we say but … we want to go to there?

Some of the costumes for Avengers Campus!!! Those W.E.B. costumes 🔥🔥🔥 pic.twitter.com/pjDS8mwN7F

Honestly, we just want what any fan wants: to hoist a multi-colored $16 churro in the sky while yelling “Excelsior!” at passersby.

Happy Mothers Day to my mom- the REAL Linda Mitchell.

She hasn’t killed robots for us- but i know she WOULD.
She’s harnessed that rage at school staff.

Chris Brown’s Suspect in Battery Probe, Woman Claims He Smacked Weave Off
T-Pain Says a Comment From Usher About His Auto-Tune Sent Him Into a 4-Year Depression
Anthony Ramos Sings Ne-Yo, Daniel Caesar and ‘Échale’ in a Game of Song Association
Star Wars’ Mark Hamill Pens Sweet Message To Late Co-Star Carrie Fisher After She Finally Gets A Hollywood Star
The Blacklist Relocates! When Will the Next Episode Air?