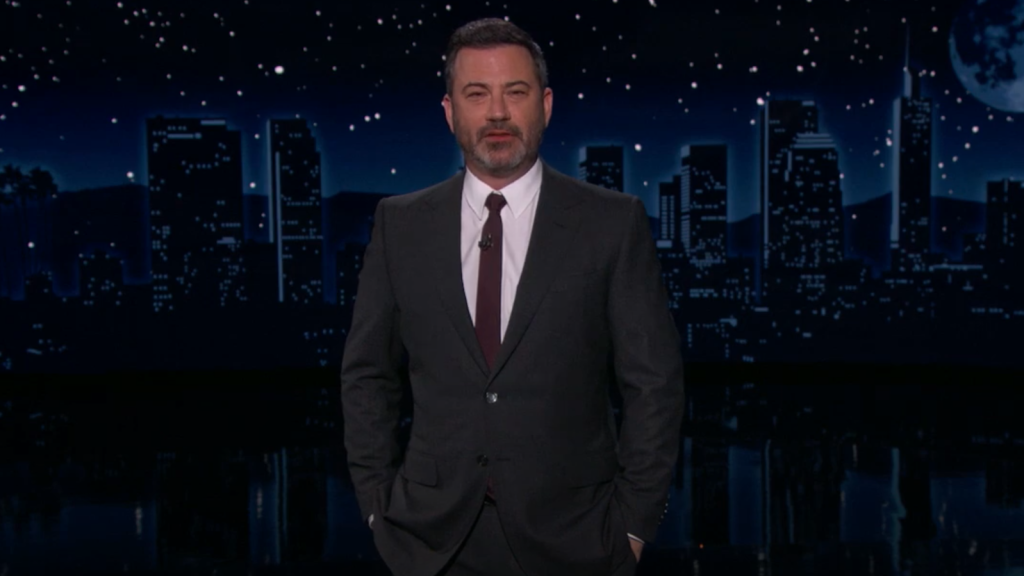 “I’ll tell you something. Here in the United States, things are really looking up,” he said. “There’s a new sense of optimism the likes of which [has] not been felt in quite some time.”

Kimmel then cited a new ABC poll, which says that Americans are “more hopeful about the future than they have been in 15 years.”

“Of course, the poll was conducted before we found out Elon Musk is hosting Saturday Night Live,” he added, “so we’ll see if it holds up. But 64% of Americans say they like the way things are headed.”

The host explained that over the course of the last month, condom sales have skyrocketed, increasing by 24%. “And why not?” he deadpanned. “You’re at Walgreens getting your vaccination, anyway. You might as well pick up a 12-pack of White Claw and a carton of Durex, too.”

One source of optimism for Americans is the continued easing of restrictions imposed by the Covid-19 pandemic. As of today, the host noted, public libraries in L.A. are once again open. “So finally, we can go indoors and read a book,” he joked.

In L.A. County, playgrounds are also now open—which is particularly exciting for Kimmel. “I was getting tired of dressing the kids in PAW Patrol costumes and taking them to the dog park,” he said.