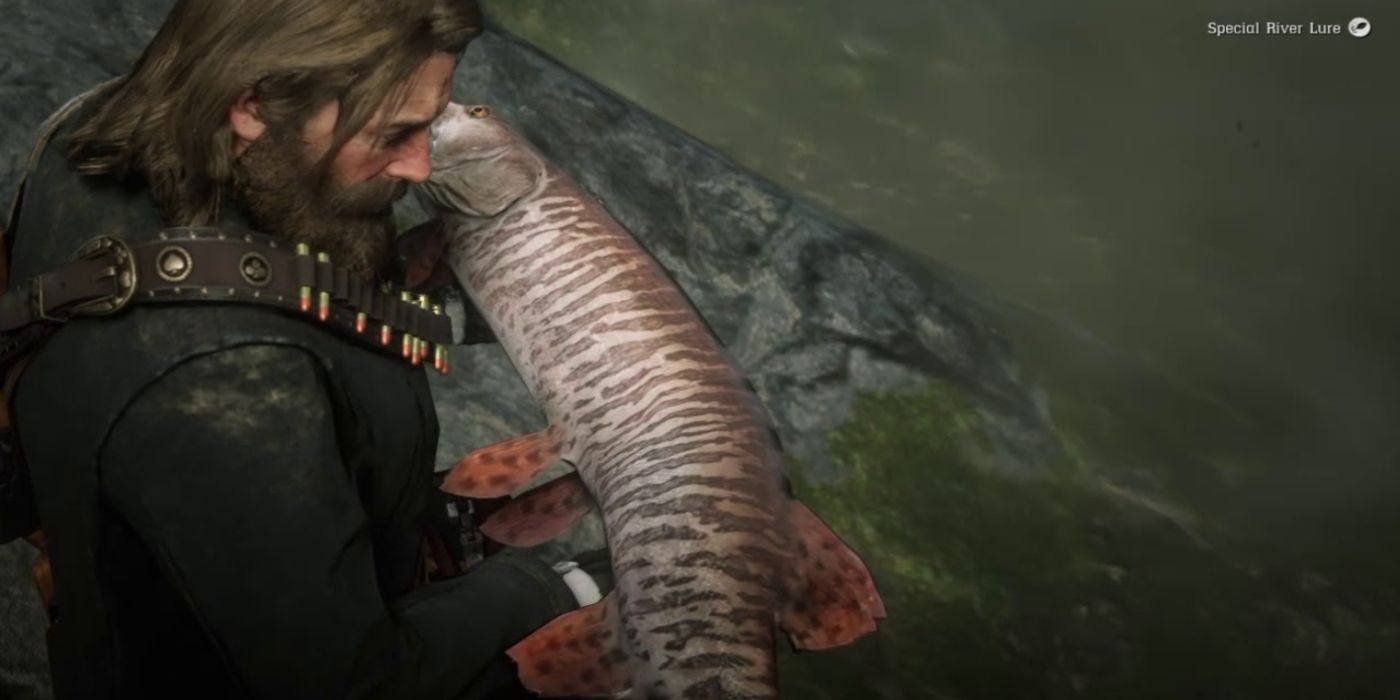 It has been discovered that fish in Red Dead Redemption 2 travel in quite a unique way. Rockstar’s Red Dead Redemption 2 has developed a reputation for its impressive attention to detail, which provides an even more realistic exploratory experience.  Since releasing three years ago, the sprawling action-adventure game is largely recognized as one of the best video games of all time. A major reason behind the game’s immense popularity is its highly immersive narrative and gameplay.

The game centers on the chief protagonist Arthur Morgan, while introducing players to a wide cast of unique and unforgettable characters along the way. Each character in Morgan’s gang comes from a rich tapestry of experiences and perspectives. The game is massive, inviting players to explore the Western, Midwestern and Southern parts of the United States in the late 19th century. Unfortunately, even the best games suffer from various glitches and bugs. Red Dead Redemption 2 is no different. The game is currently being affected by a cold-weather camp glitch. The glitch is affecting arguably the game’s biggest strength– its immersion.

Red Dead Redemption 2‘s commitment to realism did not go unnoticed by one keen observer. Reddit user Caterpill420 uploaded a video that shows fish using waterfalls to travel. In the short video, multiple fish can be seen falling down from a waterfall directly above the player. As they hop from one waterfall to the next, some fish complete their journey while others land on the adjacent ground. At one point, the player picks up an unfortunate fish and harvests it. The waterfall in the video is located at the spot of Robert Elliot Patchen’s suicide, behind the waterfall at Granite Pass.

Many players enjoy finding details like this that others may deem insignificant. It allows gamers to fully appreciate the level of work that went into crafting such an immersive experience. Some critics have remarked on the slow speed of Red Dead Redemption 2. Rockstar intentionally reduced the pace of the character and story progression to enhance the game’s realism. Red Dead Redemption 2 isn’t the only video game with a commitment to realism; it’s been detected in other titles, like when one Halo 2 player noticed a small detail despite the game being available for nearly two decades.

While the game is full of exhilarating missions and side quests, many players thoroughly enjoy doing nothing more than exploring the wild frontiers. This particular detail is fascinating to players because it imitates the real-life behavior of fish. It is another example of the vibrant, realistic open world environment Rockstar created for Red Dead Redemption 2.