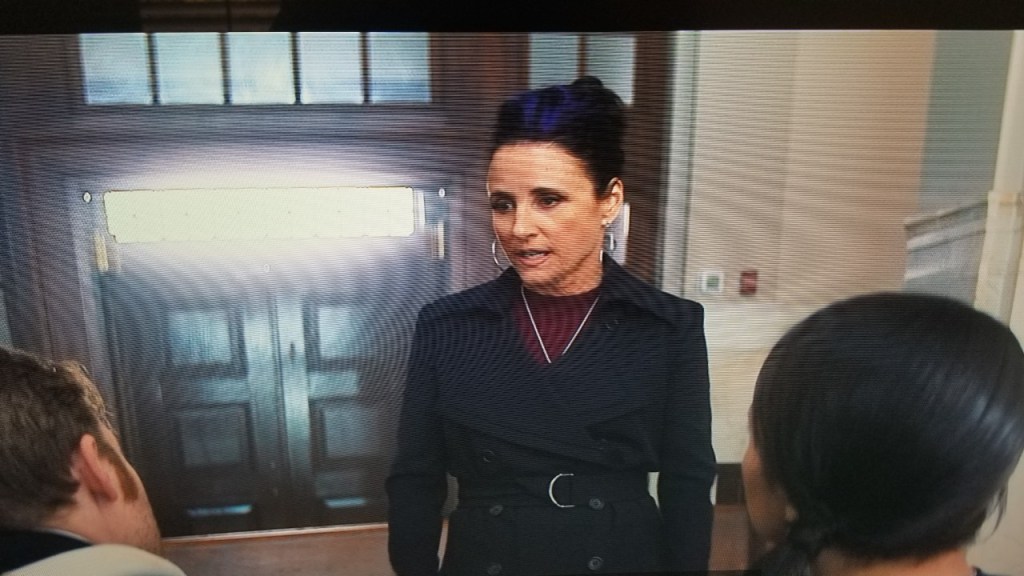 Warning: This article contains spoilers about Falcon and the Winter Soldier’s Episode 5 “Truth”.

There was buzz heading into the penultimate season 1 episode of The Falcon and the Winter Soldier that a new character we haven’t been introduced to before in the MCU would emerge, and surface she did.

“I would have killed the bastard too,” the Contessa tells Walker about the Flag Smasher he smashed with The Shield, “You did the right thing taking the serum. It has made you valuable to certain people.”

She also instructs Walker to “pick up the phone when I call you” and that “She’ll be in touch.”

And just because the U.S. Government wants to take away The Shield from Walker, they technically can’t: Per Contessa, they don’t own it, and it’s “a legal gray area”.

So, who is the Contessa and what does she want anyway?

Odds are she isn’t the big baddie Power Broker who we’re waiting for.

What she could be is a point person for General “Thunderbolt” Ross (played by William Hurt in the Hulk movies) and the looming anti-Avengers Thunderbolts team he’s assembling. Now, according to Marvel canon, she’s not connected to him, but MCU is always twisting comic book history so that fans aren’t completely in the know of what’s next.  Disney+ hasn’t officially greenlit a Thunderbolts series, but rumors are out there that a Thunderbolts team would include Zemo (Daniel Bruhl’s character), Walker, and Yelena Belova (Florence Pugh’s Black Widow character). In Marvel lore, Walker technically fought against the Thunderbolts as part of the Jury, an armored corporate vigilante group. The Jury was ordered to take the Thunderbolts (under Hawkeye’s leadership) down, but lost to the group.

Contessa is a Russian double agent, a former Agent of S.H.I.E.L.D, a vet of the assault team Femme Force, and at one point went by the name of Madame Hydra. She was also a love interest of Nick Fury’s at one point. It’s plausible she could be grooming Walker for work with Fury on Disney+’s upcoming Secret Invasion.

Falcon and the Winter Soldier EP Malcolm Spellman also reportedly hinted that he’d like to see Contessa (who he didn’t specifically name) pairing with Thor.

We’ll just have to wait and see. Next Friday is the finale episode to Marvel’s Falcon and the Winter Soldier. Marvel’s Loki hits the streaming service on June 11.

Book Riot’s Deals of the Day for May 13, 2021
Bridgerton: Queen Charlotte origin story spin-off confirmed by Netflix
Jennifer Lawrence Freaks Out After Learning Of J.Lo & Ben Affleck’s Reunion During Podcast
Why Edge Of Tomorrow 2 Might Not Happen Anymore, According To Emily Blunt
House Beneviento is ‘Resident Evil: Village’ at its Imaginative Best