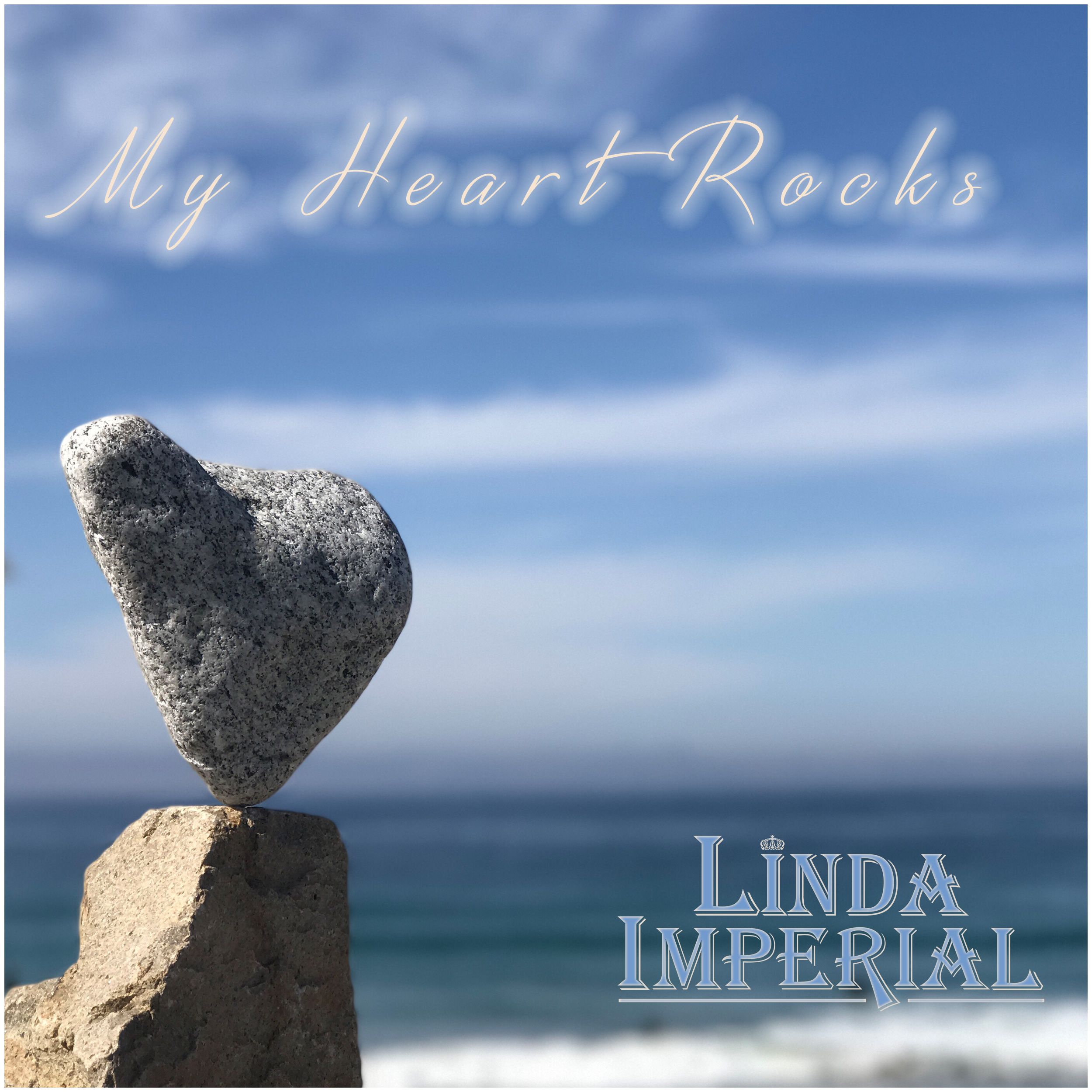 I stand alone by circumstance / I’ve got the fight, not afraid to take a chance” announces Linda Imperial in her new blues-rock single “My Heart Rocks,” the confidence in her vocal bleeding into the instrumental harmony growing in the backdrop. In “My Heart Rocks,” Imperial isn’t shying away from the swagger of her last few singles but instead embracing it as the centerpiece it always should have been – arguably endearing herself to the listeners in a fashion only teased to us beforehand. This singer/songwriter isn’t pulling punches in this latest offering, but instead getting more technical and precise alongside her material.

The old school swing of the rhythm behind her verses is a major communicator akin to Imperial’s lyrical content in this song, and I think this was an important feature to include her for a couple of reasons. First and foremost, it reminds us that we’re listening to an artist who isn’t simply going through the motions and recycling familiar, pastoral melodies into something rock-formatted to suit this period of her sound. There’s substance to the execution as well as the actual narrative, which is something I can’t say for many of the singles currently charting well on the western side of the Atlantic.

You can definitely feel the emotion in the lead vocal as Imperial scales the chorus, and I don’t think her added oomph beside the hook was excessive at all – in fact, I think it was one of the best examples of her focus in the studio presented in “My Heart Rocks.” When she’s on the right creative trajectory, there’s no slowing her down for anything, and to some extent I see this track as being a good point of indication for critics who were curious if she could produce the kind of luster she did at the start of her career.

This mix creates some additional duality for “My Heart Rocks” by stacking the instrumentation against the vocal to create two ongoing moods ultimately intertwined by the chorus. There are definitely a lot of artists who probably would have choked under the pressure of this identical scheme were they being overly ambitious in their choice of material, but again, this only further demonstrates how adept Linda Imperial really is. She doesn’t need training wheels; if anything, she’s putting on more of a masterclass with her performance in this song than many of her contemporaries have in years.

A veteran of pedigree on the independent side of the dial, Linda Imperial has done it again with the release of “My Heart Rocks” this year. 2021 is already off to a smashing start for those of us who like to keep up with the underground beat both in and outside of the American scene, and while I think her longtime supporters are going to benefit from this track’s existence more than anyone else, there’s no denying the appeal Imperial has in the climax of this most recent studio offering. I’m definitely a fan, and I’ll be keeping an eye out for more of her work throughout the years to come.