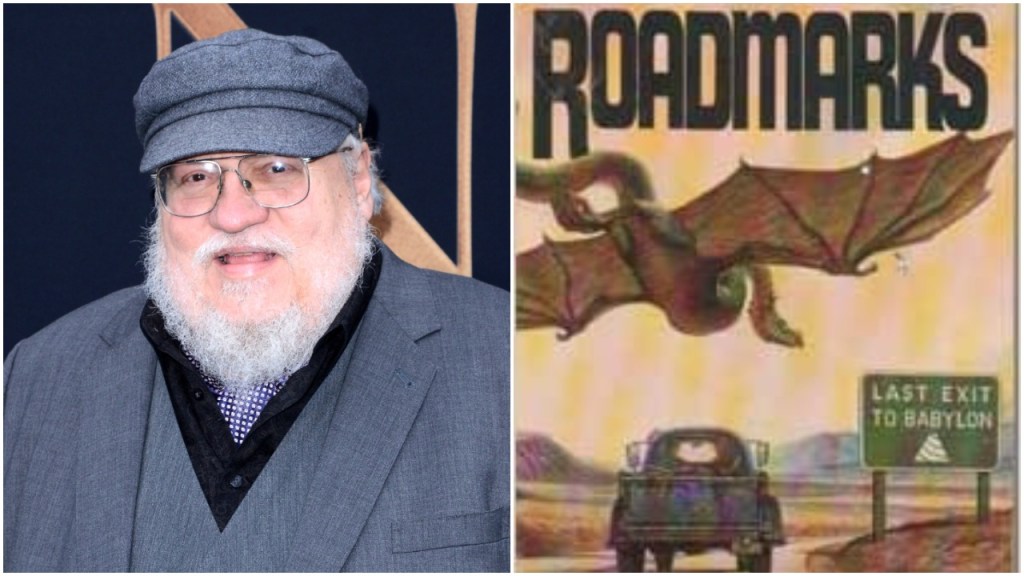 The Game of Thrones creator is exec producing a TV adaptation of Roadmarks from sci-fi novelist Roger Zelazny, which is development at the WarnerMedia cable network.

The book was written in the late 1970s and published by Del Rey in 1979. It is about a highway that can travel through time, linking all timelines and places together for the very special people who discover it. Some might use it to explore the vast mysteries of the world, but for others…the road might be their only hope to survive, rewrite life-altering mistakes, and create a better future for themselves and the ones they love.

Martin is friends with Zelazny, having met him at a writer’s workshop in Bloomington, Indiana in the mid ‘70s before becoming closer when he moved to Santa Fe. In a memoriam for Zelazny, who passed away in 1995, Martin said he was a kind and generous man who lent him money when he was broke.

Vazquez’s previous TV credits include Marvel’s Runaways, Once Upon A Time, Nikita, Human Target and Prison Break and she recently adapted Barrier, based on a Brian K. Vaughan graphic novel, for Legendary Television.

George R.R. Martin said, “My career in television started in 1985 when I adapted Roger Zelazny’s Last Defender of Camelot for The Twilight Zone. Roger was a friend, a mentor, and one of the greatest science fiction writers who ever lived. It was an honor to be able to bring his work to television. That is why I am so thrilled to be a part of adapting Roger’s novel Roadmarks for HBO. We have a great book, a great screenwriter in Kalinda Vasquez, and the makings of a wonderful, original show.  I look forward to a long and thrilling journey.”

Books, Art, Wallpaper, and More Gorgeous Home Items From Black-Owned Businesses
For Life Season 2 Episode 10 Review: Andy Josiah
Who plays Marianne in Behind Her Eyes? Eva Birthistle has a connection to Meghan Markle!
‘Last Week Tonight’: John Oliver Addresses Andrew Cuomo’s Mishandling Of Covid-19 Data, Fake Quotes And Love For His Own “Public Adulation”
Paramount+ Bringing “Fatal Attraction” to the Small Screen With a TV Series Based on ’80s Thriller