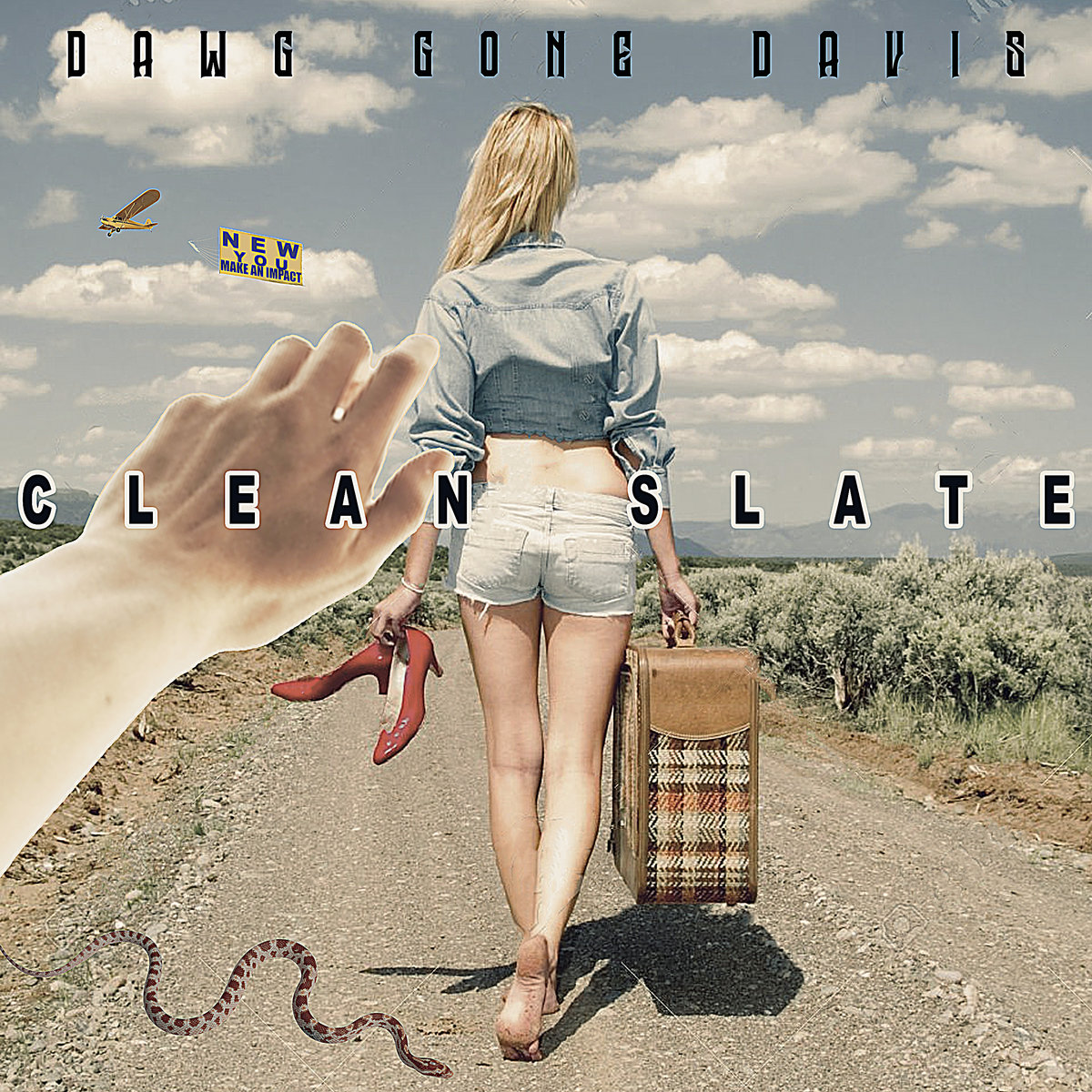 At first glance, the instrumental intro to DawgGoneDavis’ new single “Clean Slate” would have us believe we’re listening to a metal track, outfitted with the loudest and heaviest guitar parts this pandemic era can muster. We’re thrashed about at the whim of the band, the general vibe leading us into a dark, angst-ridden rock n’ roll theme that has only been lightly explored in previous recordings by DGD. It isn’t until she’s rapping and forcing her way into center stage that we realize just how volatile a hybrid we’re being treated to in “Clean Slate,” which features none other than Chago Williams rejoining his partner in crime for another fiery collaboration. Though it takes a second to unfold, this single packs a grenade-like groove you’re need to hear before the winter’s thaw.

The tension in the room only grows stronger as we get into the verses and DawgGoneDavis asserts her control over every aspect of the oncoming hook. She isn’t being a diva in this performance, but she’s absolutely shoving away the invasion of every instrumental component in the mix with nothing more than her sharp, piercing lead vocal. When she’s rapping against the grain of the beat, this actually manages to make the tempo feel like it’s modulating alongside the dexterity of her execution. It’s a little dizzying at times and a lot more aggressive than I would have originally expected, but I would be lying if I said that this was a look DGD didn’t wear really well.

One of the most important parts of any new hip-hop track is creating equal ground between the backend of the mix and the rapper, but this doesn’t seem to have been a major priority to the players responsible for making this piece. Instead, there’s a consistent duel between the two major entities in the song for supremacy, with the war of tones and textures resulting in some noisy spillage where we would usually find synthetic melodicism. Some might think it’s a bit too alternative to appeal to mainstream audiences, but I don’t know how much that matters in a performance like this one. DawgGoneDavis isn’t trying to appease the masses – she has her own identity, and if this single is an extension of that, it’s more of an artistic win than any well-marketed pose could be.

“Clean Slate” clocks in at about four minutes total, and it doesn’t expose us to any filler for the entirety of its running time (another feature it boasts that many other rap singles currently out this February simply do not). Once more, DawgGoneDavis is an artist who both the KC underground and the international indie beat are talking about at the start of a new year, and her comedic value as a hip-hop artist isn’t the primary reason why. This is a rapper who has truly found her own groove to run with, and while the competition is intense, she’s not showing any signs of losing her edge as a player. Truthfully, it’s only getting sharper with time.

The music of Dawg Gone Davis has been heard all over the world in partnership with the radio plugging services offered by Musik and Film Radio Promotions Division.  Learn more https://musikandfilm.com

‘Shrill’ Final Season: Star & Co-Creators Talk Rewards Of “Humane, Thoughful” Hulu Comedy, What’s In Store For Annie & Fran
How The Conjuring 3 Is Taking Key Inspiration From A Beloved Brad Pitt Movie
‘Saturday Night Live’ Ratings Fly High With Host Elon Musk
Do you have a dehydrated vagina? The subtle signs you do – and how it’s affecting your life without you even realising
Dame Barbara Windsor once issued with death threat from the Kray twins, new documentary reveals