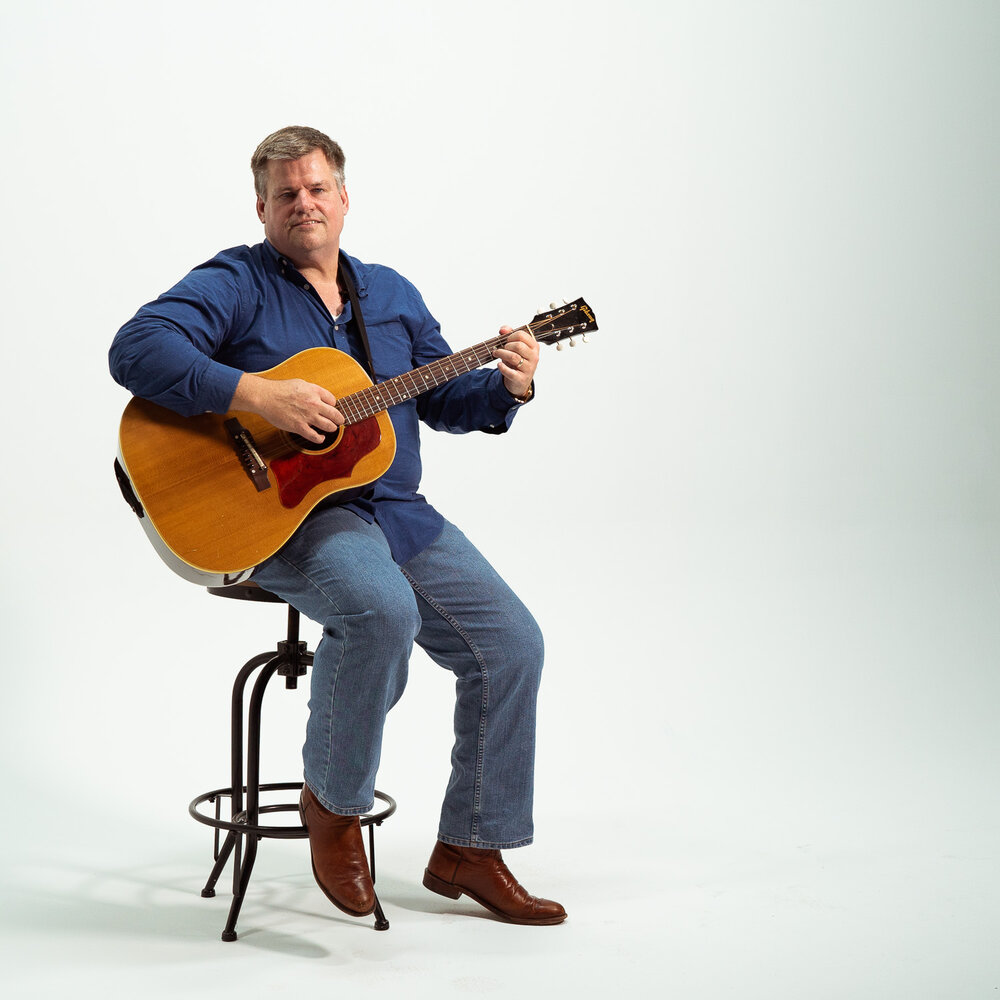 Steve Markwardt sure knows how to grab and keep his listener’s attention in the new country tune, “Rear View Mirror”. From his album Home Again, Markwardt presents a pure, catchy country western rhythm sound bolstered even more so from his Texas roots. A great storyline and Markwardt’s perfectly-pitched vocals makes “Rear View Mirror” the right song to run to – not from. There’s no turning away from “Rear View Mirror”.

You had me from when you walked into the door, sings Markwardt. His voice calls to mind the stoicism of Marty Robbins and Vince Gill. He has a looping effect, from what I can gather, that mixes his harmonies. His voice is very natural, and has a honey-dipped end trail that lingers. The more I listened to the track, the more it stayed with me. He didn’t haunt me, per se, but his voice has the power to embrace you in a warm hug. In the song, you really build a strong rapport and empathy for him. He’s not badmouthing or being mean to his former flame, but she’s put him through the ringer. I barely have a dollar to my name, he sings. He doesn’t lament, he’s just saying it-is-what-it-is. I like his bravado, but he’s not snarky.

I’ll see you in my rear view mirror, I haven’t left yet, but I may as well be gone, as you get smaller, my tomorrow’s getting clearer, I’ll see you in my rear view mirror, Markwardt sings in the chorus. Running steadily underneath his words and beacon voice is the twang of a giddy-up guitar. I loved the western swing that derives from the guitar, adding just the slightest of steel embellishments like a badge. At its core, “Rear View Mirror” is pure country. The toe-tapping percussion, just as reliable as the guitar and rhythm in this one, is also pristine. It keeps time like a small town – you know what is expected and change doesn’t make an appearance oh, but a few times every decade or so. You get that folksy feeling listening to “Rear View Mirror”. In its own way, it’s endearing because it sounds so familiar.

The theme of the song – no looking back. C’est la vie, he might be musing. Markwardt’s take, a romantic one, also has great timing for the New Year’s Resolution crowd. If you were to ask me it’s a life metaphor. Look at what is behind you, and move forward. We all have baggage that makes up our experiences, but that doesn’t have to define us and dictate our future. I like that Markwardt gives the listener some leeway in discovering some different avenues and paths to take with this song. It’s definitely traditional country, but fans of pop music, Americana, roots and folk music will certainly find great appeal in “Rear View Mirror”. It’s a charmer that keeps shining with each listen. What better way to stretch your legs, relax your mind and pop this one into the car stereo and let it all ride. You won’t regret it.